Was the ghost of St. Oliver Plunkett captured on video?

Saint Oliver Plunkett was born on this day (Nov 1) 1625. Was his ghost captured on video hundreds of years later in Ireland? 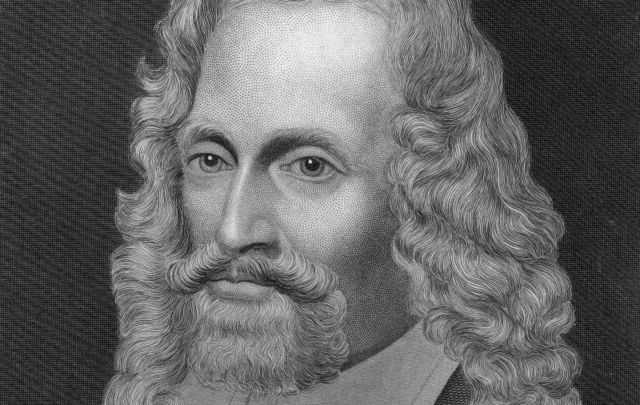 Saint Oliver Plunkett, the Archbishop of Armagh and Catholic Primate of All Ireland, was the last Catholic to be martyred in England.

Born in 1625, at Loughcrew, near Oldcastle, County Meath, Plunkett's ministry was set in troubled times. The Catholic cause suffered greatly after the Cromwellian conquest of Ireland, which eventually resulted in a ban on the public practice of Catholicism. Many Catholic clergymen were executed, and Plunkett spent much of his life in hiding, working to advance faith in the Church from behind the scenes.

Plunkett built schools both for the young and for clergy, whom he found "ignorant in moral theology," and took on the problem of alcoholism in the clergy writing, "Let us remove this defect from an Irish priest, and he will be a saint."

On July 1, 1681, Plunkett became the last Catholic martyr to die in England when he was hanged, drawn and quartered after a kangaroo court "trial." He was beatified in 1920 and canonized in 1975.

In 1997, he became a patron saint, adopted by a prominent prayer group campaigning for peace in Ireland, and was named Saint Oliver Plunkett for Peace and Reconciliation.

The Ghost of Oliver Plunkett?

In 2010, British author Vikki Bramshaw claimed to have captured a ghostly apparition of Saint Oliver Plunkett on video while visiting Ireland.

Bramshaw said she only discovered the image of "the ghost" when she was later reviewing some of the cellphone footage she took at Saint Peter's Church in Drogheda, Co Louth, where Plunkett's head and other remains have been held since 1921. 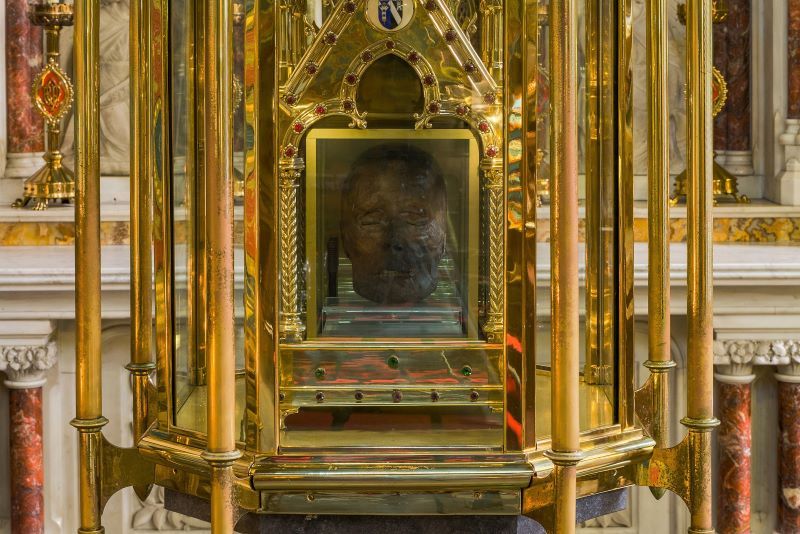 "I don't really believe in ghosts or anything like that, so I was a bit spooked out to see it when I was checking my video when I got home," Bramshaw told a local Irish newspaper.

"I visited Drogheda between March 10-17 and was taken around Newgrange and other tourist sites, and Saint Peter’s was just one of our stops," she said.

"I was just filming the cell door with my camera phone, and didn't notice anything unusual at the time, but when I checked it that night, I was definitely a bit spooked by what I saw."

The video shows what appears to be a face that appears at the small hatch in the door a number of times.

"I watched it, again and again, to see if it was a reflection, but there are other things reflected in the glass, and they're not moving, and this does," said Bramshaw, who lives in Southampton.

"I consider myself quite a down-to-earth person, and am keeping an open mind on what it might be."

There have been no other reported sightings of St. Oliver Plunkett in the church, and Bramshaw had no idea why he would have chosen her to make a first appearance.

Of course, Bramshaw was not exactly a stranger to the paranormal. She is the author of many books on witchcraft, including her latest, "Craft of the Wise: A Practical Guide to Paganism and Witchcraft."

Her biography on Amazon.com says, "Bramshaw is a student, teacher, and author of the esoteric mysteries and initiatory witchcraft. Having trained for almost 10 years under respected elders, she now runs her own coven who work on the edge of the New Forest, in Hampshire."

"I suppose I should be very honored if he did pick me," she added, "but it was very unnerving and a little bizarre to watch it back."

What do you think of Bramshaw's video? Let us know in the comments!