Irish women on trial for witchcraft 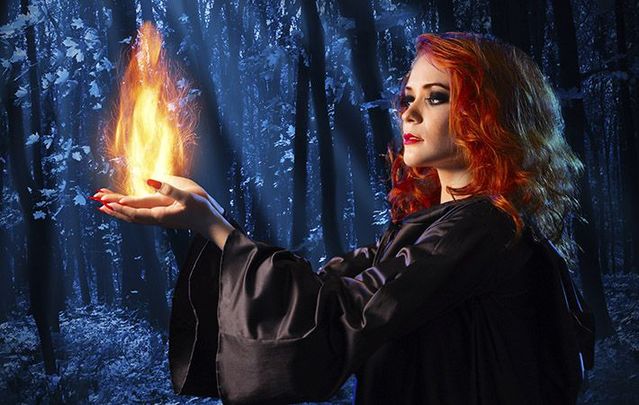 Witches? Or some of Ireland's most powerful and notorious women simply victims of their own success?

Were some of Ireland’s most powerful and notorious women really witches? Or were they victims of their own success, falling foul of the jealous and fearful? Let’s take a look at three of the most well-known ‘witches’ to be put on trial in Ireland.

In Kilkenny, you will find Kyteler’s Inn, the home and business of Alice Kyteler. In 1324, Alice became the first person to be accused and charged with witchcraft in Ireland. A moneylender in the town, Alice was married a total of four times, with each husband dying under mysterious circumstances, leaving her more wealthy each time.

Kyteler’s Inn was a meeting place for local businessmen who all vied for the attention of the bewitching Alice, showering her with gifts and money. With her staff of luscious women, the premises were by far the busiest in Kilkenny.

As local envy and suspicion reached its peak, the surviving children of Alice’s four husbands had her charged with using poison and sorcery, favoring her firstborn, denying the faith, blaspheming, and making animal sacrifices to the demons of the underworld.

Alice had many connections and managed to avoid arrest for some time. After several twists, including her accuser, the Bishop of Ossory, being jailed himself, Alice was finally imprisoned to await trial.

First up for trial was Alice’s maid, Petronella de Meath, who was tortured and confessed to practicing witchcraft with her mistress. Petronella was found guilty and burned at the stake. Alice’s first son, William, was also found guilty of, among other things, perjury, extortion, and heresy. However, he received a more lenient sentence – he had to attend three masses a day for a year and he had to feed the poor.

In 1325 Alice escaped. She was tried in her absence and found guilty of Witchcraft. Alice Kyteler remained at large and was never heard from again. Did she use magic to finally be rid of the threat of execution, or was she simply a smart woman, able to use her skills and charm to be a success and escape the stake?

Some believe that her spirit still lingers. In 2009, an astounding coincidence came to light, with Kyteler at the center. Paddy Shaw, an artist living the mid-western US, had learned Kyteler's story and in 2003 was inspired to create a painting imagining what she might have looked like. In 2008, an Irishwoman named Claire Nolan wrote a book about Alice Kyteler, titled “The Stone.” Nolan knew nothing of Shaw or his painting, and he did not learn about Nolan or her book. In early 2009, he decided it was time to “send Alice home,” so he decided to donate the painting to the Kyteler Inn in Kilkenny.

A few months later, friends brought the painting to the attention of Claire’s father, Pat. It was the exact image of his daughter. Claire, deeply knowledgeable of Alice’s story, was shocked. “It was like looking in the mirror – the eyes, the face, posture, body shape, everything was like me except for the malevolent look on Alice’s face,” she said at the time. “I’m genuinely puzzled. It’s a very strange coincidence that somebody would paint a picture of Alice that looks exactly like me when he’s never heard of me.”

Florence Newton, the Witch of Youghal

Another sensational witch trial for Ireland was that of Florence Newton in 1661. She was accused of enchanting Mary Langdon, the maid of a prominent figure in the town called John Pyne.

Florence had called to the house during the winter of 1660 asking for meat from the master’s table. The maid refused and the slighted beggar left muttering curses. When Florence met Mary Langdon on the street, she reportedly grabbed her and gave her a vicious kiss, after which time Mary became violently ill. She suffered seizures and visions and the house of her master became subject to poltergeist activity.

When Newton was brought into Mary’s presence her sickness became worse and it is even said she began vomiting needles and nails. Mary claimed that Florence would appear in visions, sticking pins into her body.

Newton was also accused of causing the death of her jailer through sorcery, as his widow accused Florence of kissing her husband on the hand shortly before he dropped dead.

So important was the trial of the Witch of Youghal that the Irish Attorney General came to Cork to preside, and it was assumed that Florence was found guilty and hanged.

It can only be assumed because, despite well-kept records of the beginning of the trial, the remainder of them vanished completely so we will never know exactly what happened to Florence Newton.

Biddy Early was born in 1778 in Kilenena, County Clare, and took her mother’s maiden name. Ellen Early taught her daughter herbal cures. However, both parents died when Biddy was 16 and she was left in poverty, living in the poorhouse.

Marginalized for being aloof, rumor had it that Biddy had been talking to the fairies since she was a child and could control them at will. A good-looking woman, Biddy met the first of her four husbands at the market, a man twice her age.

Biddy was already making a name for herself as a healer, and she had also opened a successful shebeen, where the local folk would drink illicit alcohol and play cards. Within five years her husband Pat had died from alcohol consumption and she married her stepson John, who also died from alcohol-related issues. Her third husband died in 1868 when she was 70, and in 1869 she married a man in his thirties in exchange for a cure.

Biddy’s healing powers seem to have centered on a mysterious blue bottle that was supposedly brought to her by a dead relative from the fairies. No one was allowed to touch the bottle and only true believers would receive help from Biddy.

If she knew you had been to a physician you were thrown out, and priests in disguise would be regularly chased away as they tried to get to the root of her power. Biddy publicly denounced the Catholic Church and was accused and charged with witchcraft in 1865, which was very unusual this late on.

Fear took hold of those who had agreed to testify and Biddy was acquitted. On her deathbed, she repented and at her funeral, a gathering of priests asked the community to pray for the soul of Biddy Early.

Her cottage stands in ruins and her grave in Feakle is unmarked. However, her blue bottle was not to be seen after she died. Did the fairies reclaim the source of Biddy Early’s power?

Skilled, manipulative and powerful all three, but could they really have been witches? That knowledge is lost forever, by way of witchcraft or otherwise.

* Ann O'Regan is a blogger, writer, and the Irish correspondent for Spooky Isles, a site dedicated to ghost stories and tales of horror from the UK and Ireland. More of her work can be read here.

'Guinness Gives Back' makes a return with limited-edition draught stout pack
The top Irish Christmas songs for caroling!
On This Day: Liam Clancy of The Clancy Brothers passes away in 2009
Hanukkah menorahs have become a favorite Christmas decoration for the Irish
Hollywood star quits LA to live in Tipp ancient Irish castle
Woman charged for kissing boyfriend in 1937 Ireland
Most popular Irish baby names of 2021 revealed
Majority of Northern Irish voters would vote against united Ireland, poll finds
Win an Irish music and poetry bundle from the legendary Claddagh Records