Margaret Wolfe Hungerford was an Irish 19th-century romance novelist who typically wrote under the pen name 'The Duchess.' 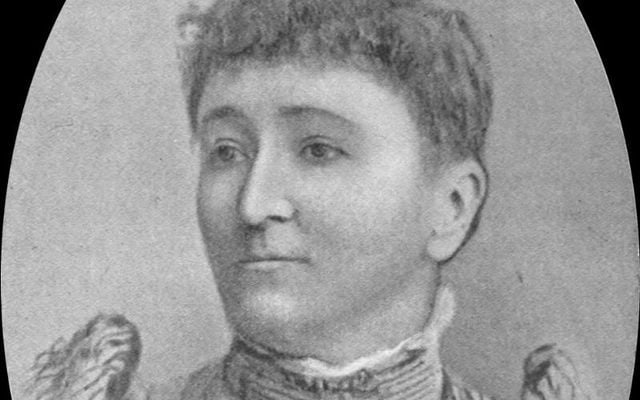 August 27 is "The Duchess Who Wasn't" day, which celebrates the life of Irish author Margaret Wolfe Hungerford.

On this day, take every opportunity possible to slip a well-known phrase into the conversation: “Beauty is in the eye of the beholder.”

The famous phrase is used internationally to describe how various things and people may seem differently beautiful from one person to the next. But you may not know that these words of wisdom came from the pen of 19th-century Irish novelist Margaret Wolfe Hungerford, who we celebrate today as “The Duchess who wasn’t.”

Although only living until 42 years of age, The Duchess, the name she often used to remain anonymous, has at least 57 works attributed to her name and could have many, many more pieces of writing published, as much of her earliest work was released completely anonymously.

Although not known for her great character development or depth to her stories, Hungerford nonetheless became a highly admired and sought-after romance writer in the closing stages of the 19th century, earning her mentions in other famous works such as James Joyce’s “Ulysses”, where she and her most famous novel “Molly Bawn” cropped up in chapter 18.

It read: "...Molly bawn she gave me by Mrs. Hungerford on account of the name I don't like books with a Molly in them like that one he brought me about the one from Flanders..."

Born the eldest daughter of a Church of Ireland Minister in 1885, Margaret was raised in Rosscarbery, Co Cork, where she showed her writing talent from an early age, putting together pieces for her friends to enjoy and winning many writing competitions at school.

Her father Canon Fitzjohn Stannus Hamilton was from Dunboyne in Co Meath and it is believed she would have had a fairly comfortable lifestyle throughout her childhood as the daughter of a minister, affording her a greater education than the majority of children in Ireland at the time, just less than a decade after the Great Famine.

She married Dublin solicitor Edward Argles when she was only 17 years old in 1872, living with him in Dublin and quickly having three daughters, Daisy, Reine, and Elsie. Their marriage was to be short-lived, unfortunately, and Margaret found herself widowed with three small children under the age of six when she was aged just 23.

Hoping to carve out a living for herself and her children through the writing talent she had shown in school, Margaret took up her pen with renewed vigor and returned to her family home at Milleen House in Rosscarbery. Already writing throughout her first marriage, her career took an upswing with the publication of her first novel “Phyllis” closely followed by the book which would bring her fame “Molly Bawn”.

On her return to Cork, Margaret struck up another relationship, with the eldest son of the local landlord, much to the dismay of his mother.

Thomas Henry Hungerford lived in Cahermore House, situated just around the corner from where Margaret lived, and as a member of the well-known Hungerford family, it can be presumed he had already met with the local Protestant Minister's daughter before her move to Dublin.

As the eldest son of Henry Jones Hungerford and Mary Boon Couper, Thomas Henry had trained for the army but his family was reluctant to let him go, his father refusing to give him the money for his commission when it was time for him to leave.

Traveling to fight in the Boer War in South Africa in 1881, he was promptly called home by his mother, who claimed she was worried about his father’s behavior, only to reach Cork and discover his mother had simply designed to marry him off to another rich young lady: Miss Townsend of Derry House.

Thomas Henry was quick to turn down the marriage with Miss Townsend (who would later marry George Bernard Shaw) and his mother was left appalled when he went on to secretly marry his neighbor Margaret in London while she was on a business trip to meet with publishers, a widowed writer with three children regarded as a disagreeable match for her eldest son.

Married again in 1882 just a decade after her first marriage, Margaret returned to Milleen House where her next two children Henry and Vera were born. The wrath of her mother-in-law failed to wane, however, and with Margaret fearing to be in the same room as her, the couple and the five children relocated once more to St.Brenda’s House in Bandon, Co. Cork (now called Overton House).

It was here that Margaret is said to have been at her happiest, giving b

irth to one last son Tom and continuing to write for eight years in St. Brenda’s before her untimely death from typhoid fever, aged 42, on January 24, 1897. She was in the middle of completing her book “The Coming of Chloe” when she died.

Relying on flirtatious dialogue and delicate love scenes, Margaret’s style of a romance novel was very much in vogue, keeping with all the upright morals appropriate to the time. They were seen to be entertaining and charming and captured the essence of the fashionable society of the day, often using settings in Ireland.

Writing articles, short stories, and novels on commission, she is most remembered for her character Molly Bawn, an Irish girl who riles up the temper of her lover with her flirtatious manner and her apathy for the normal social conventions of late 19th century Ireland. It was also in this book that the phrase “Beauty is on the eye of the beholder” was first coined.

Setting aside three hours each morning for her writing in a highly organized room, surrounding herself with reference books, Margaret was often published under “Mrs. Hungerford” but it is as “The Duchess” we will remember her today.

On This Day: The Dublin Lockout begins in 1913