These witness accounts of Leap Castle's ghost stories are terrifying! 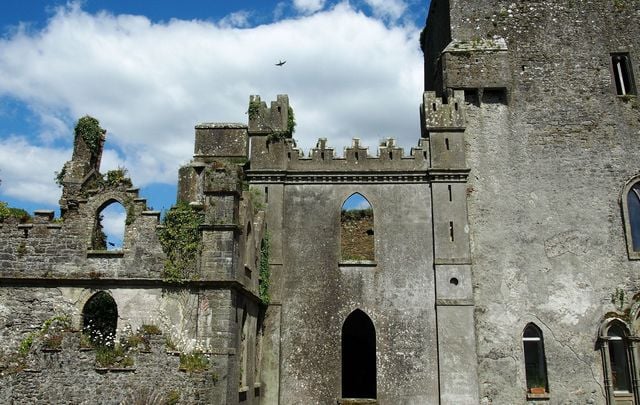 Leap Castle is one of the most haunted places in Ireland. Getty

These witness accounts of Leap Castle's ghost stories are terrifying!

When the twenty-year-old Mildred Dill, known to her friends as “Milly,” married the thirty-five-year-old Jonathon Charles Darby on November 7, 1889, and moved into Leap Castle, (pronounced lĕp,) near Roscrea, County Offaly, she had no idea that she had taken up residence in what would become known as “The Most Haunted Castle in Ireland.”

A highly talented author writing under the pen name Andrew Merry, by the year 1910, Dill had published numerous short stories and three well-reviewed novels; all of which was extremely vexing to her husband, an arrogant autocrat with a violent temper remembered locally for upsetting his wife by intentionally tracking mud and muck from the stables onto her clean floors.

Arguably, the most upsetting to Jonathon of all of her literary works was the story, “A House of Horrors” published in 1898 in Belgravia: a London Magazine.

Although set in the guise of a fictional narrative by Andrew Merry with all of the names changed (Leap Castle is called Kilman Castle, Jonathon and Milly are called Maurice and Betty  O’Connoll), it was obvious to those in the know that Milly’s story was a true account of the ghostly goings-on at Leap Castle.

When Jonathon became aware of the publication of the story he was furious and it is said that he never forgave her for writing it. He always claimed that the ghost stories which had been told for centuries about his home were sheer nonsense and he had absolutely forbidden Milly from speaking of them. “The only spirits in this house,” he would often state, “are in the cellars!”

But the spirits, of which there were at least nineteen, were quite real, ranging in variety from a banshee and a partially unclothed“Red Lady” to a phantom light, which I have been reliably informed, has to this very day, often been seen glowing from within the upper floor of the keep when no one is there.

Milly’s story, though, perhaps, a bit over-dramatic in the telling, was based upon fact. Others had attested to ghostly encounters at Leap for ages and Milly, herself, had twice come face to face with the most terrifying of all the castle’s supernatural entities, what she called “It” and “The Thing” and which others have termed “The Elemental.”

“I was standing in the Gallery looking down at the main floor when I felt somebody put a hand on my shoulder,” she later recalled.

“The thing was about the size of a sheep. Thin, gaunt, shadowy ... its face was human, to be more accurate, inhuman. Its lust in its eyes, which seemed half decomposed in black cavities, stared into mine. The horrible smell one hundred times intensified came up into my face, giving me a deadly nausea. It was the smell of a decomposing corpse." 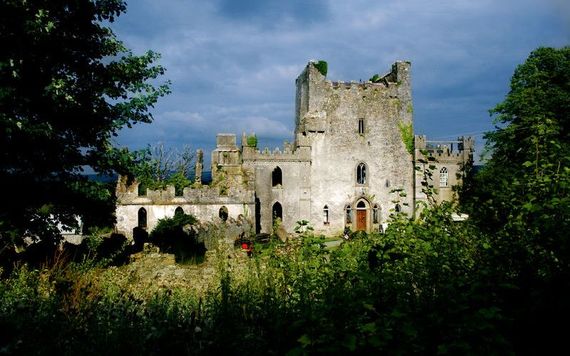 She described a final encounter with “It” in a letter to a friend.

“On the 25th November, 1915 two of our servants knowing the ‘master’ would be late and that I was driving that afternoon had invited ‘friends’ two soldiers from the Barracks at Birr distant the other side six miles.  They came rather late and my husband came home early so the visitors had to be kept out of his sight in the lower regions of one of the wings (the Priests House) and were unable to be shown the centre tower – the very lofty hall.  At 7:15 my husband and I went up to dress for dinner, my room in extremity of house from kitchens, his dressing room next door to me.

“Whilst dressing I was startled by a loud yell of terror stricken male and female voices coming apparently from the hall — and ran out to see the cause. My husband was out ahead of me at his heels. I passed through corridor of the wing and onto the gallery …. On the gallery leaning with ‘hands’ resting on its rail I saw the Thing – the Elemental and smelt it only too well. At the same moment my husband pulled up sharply about ten feet from the Thing, and half turning let fly a volley of abuse at me ending up ‘Dressing up a thing like that to try and make a fool of me. And now you’ll say I’ve seen something and I have not seen anything and there is nothing to see, or ever was.’ This last speech without a pause, begun waving one hand at the Thing end up by stalking back to his dressing room still abusing me for trying to give him a fright. As he was speaking the Elemental grew fainter and fainter in its outlines until it disappeared. He never made any enquiry as to the yell that called us both out, and from that day to this has not mentioned the incident to me.

“I heard from our servants that when we went to dress for dinner they had brought their friends just to show them the hall, when all four had suddenly seen and smelt the Elemental looking down at them from the gallery. They all got such a turn, they couldn’t help letting out a bawl then fled to servants quarters where all four were very sick.”

The next day the two maids presented Milly with letters claiming it was necessary for them to immediately pay visits to their homes. They never returned to Leap.

In early 1922 Jonathon found himself at odds with his tenants which resulted in their refusal to pay their rents and a boycott against the Darbys. When events escalated to the point that shots were fired through the castle windows on several occasions and their garden was destroyed by persons unknown, in April or May of that year the Darbys felt compelled to flee from their home and live with their daughter in Longford. “We were forced to leave with only a few clothes leaving all our precious belongings behind us,” Milly later wrote to a friend.

Early on the morning of Sunday, July 30, 1922, an unidentified group of eleven men broke into the castle and, after smashing the furniture into firewood, set the castle on fire destroying the center and northern portions of the castle. The next morning the previously untouched southern part of the castle was set ablaze as local[s] looted whatever could be saved from the fire.

For decades the castle lay in ruins until, in 1974, Peter Bartlett, an Australian with Irish roots, purchased the ruins and enthusiastically set about restoring the castle and the gate lodge.

Following his death in 1989, the castle was bought by Seán Ryan, renowned throughout the world as a virtuoso tin whistle player, and Anne Callanan, a well-known teacher of Irish dance.

Seán continued the restoration of the castle, bringing back the central tower to its original medieval glory.

Now, for the first time in over one hundred years, Windwhistle Press has republished Mildred Darby’s account of Leap Castle’s ghosts along with a comprehensive introduction providing both historical background and first-hand witnesses’ accounts validating the supernatural encounters chronicled by Mildred Darby in a book entitled, "Leap Castle The House of Horrors: The Most Haunted Castle in Ireland."

Do you have a great ghost story? Tell us in the comments section, below.