It would be a challenge to find an Irish tour itinerary that didn’t include at least one brush with the island’s paranormal past—intentional or not.

In partnership with
CIE Tours International 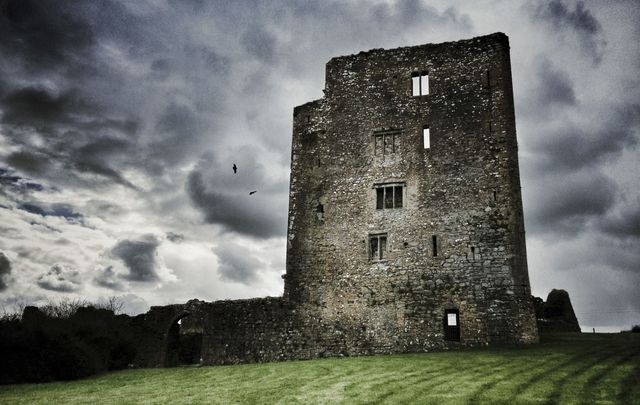 Photograph of a spooky castle in Kilkenny in the south of Ireland. Getty

Haunted Ireland is not just for Halloween! Meet with the ghosts and ghouls of Ireland’s storied historical locations at any time of year.

It’s only natural that the land where Halloween began would have its share of otherworldly encounters. They happen, legend has it, in stately manor halls, along windswept, rocky shores and in the ruins of ancient castles across the Emerald Isle.

In fact, it would be a challenge to find an Irish tour itinerary that didn’t include at least one brush with the island’s paranormal past—intentional or not.

CIE Tours’ collection of guided vacations and Private Driver experiences are no exception.

The Irish Heritage & Dromoland Castle Tour (8 days; 2019 rates from $2,449 and 2020 from $2,299), for one, intersects with Ireland’s haunted history at four points. It begins in Limerick with a tour of King John’s Castle on the River Shannon. 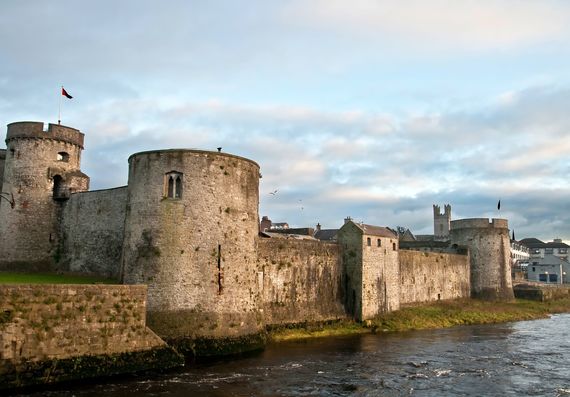 On Thomond Bridge at the base of the castle, as some tell the story, a local drunk once encountered the wife of the Bishop of Limerick, who tried to push him into the river. As they struggled, he prayed to God to forgive his sinful ways. His life was spared and “The Bishop’s Lady” fell in and drowned instead. Her spirit is said to haunt the bridge, waiting to pull late-night revelers into the water.

The tour continues to the Cliffs of Moher and Ring of Kerry before a jaunting car ride through Killarney National Park. 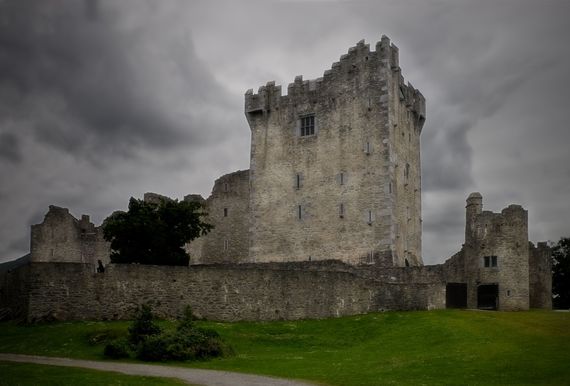 There, on the shore of Lough Leane, guests visit the ruins of Ross Castle, built by O’Donoghue Mór in the 15th century. It is said that every seven years on May 1, O’Donoghue himself rises from the lake and circles the shore on a splendid white horse. Those lucky enough to catch a glimpse will have good fortune for the rest of their lives. 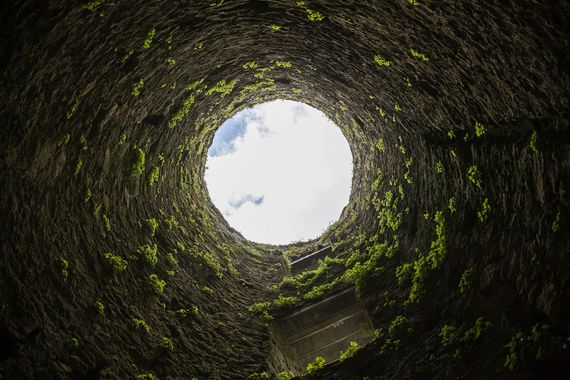 Sky and cloud through the top of the ruined river watch tower at Blarney Castle light the greenery growing from the stone of the tower's interior. Image: Getty.

At Blarney Castle, fans of the supernatural might bypass kissing the famous Blarney Stone in favor of visiting another—the Witch Stone. An ancient witch, the legend goes, is imprisoned within the stone that bears her visage, escaping each night after nightfall to build a fire in the Witch’s Kitchen, which guests can also explore. It is said that those who arrive early enough in the morning will find the fire’s dying embers.

After a tour of the House of Waterford Crystal and a jaunt through the Wicklow Mountains to the Glendalough monastic site, guests arrive in their final destination: Dublin. Among the sites they will tour is the Glasnevin Cemetery museum housed in its watchtower, which was built in the 19th century to guard against grave robbers. It tells the story of the 1.5 million souls buried there—a number of whom are said to haunt the grounds today. The tour ends with a magical night in fairytale-like Dromoland Castle, including dinner in its oak-paneled dining room.

Fans of the paranormal who want to delve deeper into Ireland’s haunted heritage can create their own itinerary with a CIE Tours Private Driver Experience. A few sites to consider as they craft their customized adventure:

Trinity College and Kilmainham Gaol: These two Dublin sites are must-stops for ghost watchers. The halls of the Old Library at Trinity College are said to be haunted by the infamous Dr. Samuel Closey, who was rumored to rob graves for body parts to use in his experiments during his time at Trinity. The late 18th-century Kilmainham Gaol, whose doors closed in 1924, was the site of frequent executions in its early years of operation and the souls of those prisoners, it is said, have not rested quietly. 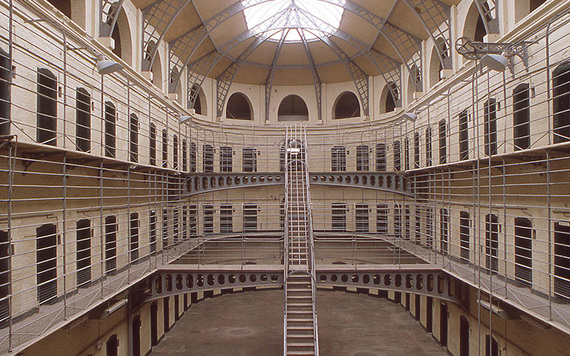 Rock of Cashel and Leap Castle:  Clustered high on a limestone outcrop, Co. Tipperary’s Rock of Cashel, with its majestic church ruins, has a past steeped in dark mythology. Some versions of the legend suggest the ruins were formed by a struggle between St. Patrick and the Devil himself. From there, continue on to Leap Castle, an imposing structure built by the O’Bannon clan, most likely in the 13th century. Paranormalists report many spirits here, but the most spotted is the Red Lady, who haunts the halls carrying a sharp blade and is said to be the soul of a woman who was captured and tortured by the brutal O’Bannons. 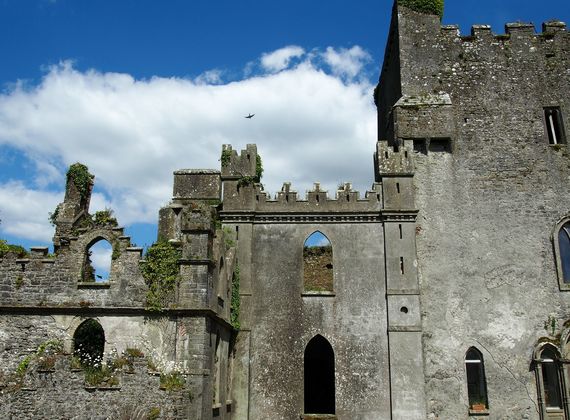 Leap Castle is one of the most haunted castles in Ireland. Image: Getty.

Kinsale and Charles Fort: Kinsale is a historic fishing village of small winding streets whose buildings range from the 12th century onwards. It is also the site of Charles Fort, one of Ireland’s largest military forts and associated with some of the most momentous events in Irish history. Its most notorious spirit is the “White Lady of Kinsale,” the ghost of Wilful Warrender, who committed suicide there, after her father, Colonel Warrender, accidentally killed her new husband. The Colonel took his own life soon after.

To learn more, visit www.cietours.com or connect with a travel professional.