William and Elizabeth Leavenworth entered into a Josephite (chaste) marriage to escape living in mortal sin after the church refused to annul William's first marriage. 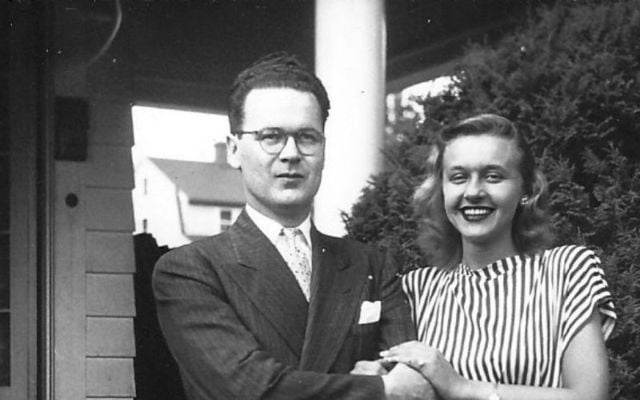 An Irish priest encouraged a married couple living in 1960s Texas to become celibate and sleep in separate beds to avoid living in mortal sin.

Geoff Leavenworth, a journalist and author from Texas, recently penned an essay in the New York Times detailing how his parents entered into a Josephite marriage on the counsel of Irish-born priest Fr. Patrick O'Brien.

A Josephite marriage, or chaste marriage, is based on the union between Joseph and the Virgin Mary, with married couples refraining from sex for religious reasons.

In the case of William and Elizabeth Leavenworth, who were married in 1947,  the couple entered into the arrangement after William suffered a severe heart attack at the age of 46 in 1961.

An agnostic before the near-fatal heart attack, William converted to Catholicism shortly after his close shave with death and undertook religious training from Fr. O'Brien, a Dublin-born priest who served on Houston's Diocesan Marriage Tribunal between 1965 and 1973.

Fr. O'Brien pointed out that both William and Elizabeth were living in mortal sin because William had been briefly married before and since the church did not recognize his divorce, it would not grant the couple the sacrament of matrimony.

Although William attempted to have his first marriage annulled on several occasions, the Catholic Church would not budge.

To avoid living in mortal sin, William and Elizabeth proposed replacing the marital bed with chaste cohabitation with the permission of their local bishop.

According to a document dated March 5, 1962, the couple had to "cohabit in the manner of brother and sister" and faced losing access to the sacraments and blessings of the church if they failed to honor the arrangement.

The arrangement was to be kept strictly secret in order to avoid a scandal, leading a young Geoff Leavenworth and his three siblings to question why their parents' bed had been replaced by two single ones.

"Your father needs his rest," Elizabeth Leavenworth told her children.

William's first wife died nine years after he suffered the near-fatal heart attack, allowing him to marry Elizabeth in secrecy at his local church in 1970.

The couple swapped out the twin beds that had replaced their marital bed in 1962 and were once again able to share a bed without living in mortal sin.

Their children remained in ignorance of the arrangement until Elizabeth came to stay with her son Geoff when he was 26 when both were trapped indoors during an ice storm.

Geoff later made the story public, with his mother's permission, during her funeral service at Shrine of the True Cross in May 2019.

He told IrishCentral that he wrote the piece in the New York Times to tell his parents' story and did not intend to pass comment on the Catholic Church or a wide variety of other issues that readers debated after his essay was published.

"But I am happy that the story has struck a chord with so many interested readers and on so many levels," he said.

"My mother enjoyed receiving attention. One hundred seventy-five friends attended her last birthday gathering before leaving the community where these events happened. The notion of having my parents’ story, along with a photo from their courtship, shared with the readers of The New York Times would have brought her pleasure.

"For me, the essay is a story of love and commitment between two people and their effort to build a marriage and a family."

In a twist of faith, Fr. O'Brien left the priesthood and was married for 29 years before his death in January 2004.

His obituary stated that he was ordained in 1956 at All Hallows College Dublin and served for more than 17 years before leaving the priesthood and marrying his wife Helen.

Geoff's essay also caught the attention of a number of others who had knowledge of similar marriages, including Steve Cochran, whose parents also entered into the arranged.

Steve's parents, fittingly named Mary and Joseph,  were married in 1937 in Washington DC after Joseph divorced his first wife, meaning that they couldn't receive the sacraments.

They had two children in the late 1930s before Joseph suffered a nervous breakdown shortly after the end of the Second World War when his sister died during childbirth.

He consulted a local monsignor on entering into a Josephite marriage but was initially rebuffed by the pastor.

It took roughly five years for Joseph to convince both the monsignor and his wife of his sincerity and the couple swapped out their marital bed for twin beds in 1950.

More than one year after they entered into the "brother-sister" arrangement, Mary gave birth to Steve, who was born prematurely in November 1951.

Steve told IrishCentral that his father was very cautious about removing him from the hospital as he feared being punished for his sin.

"Even though I was born in late November, I wasn't allowed to mix with any part of the family until the following April. He was afraid that he or I would be punished for his sin," Steve told IrishCentral.

The arrangement lasted until Steve was in his 20s when the death of Joseph's first wife allowed him to marry his wife for a second time.

Joseph often traveled to Florida to live with his aunt in the winter in a bid to resist the temptation of breaking the arrangement.

"Every now and then, I would see them in the same single bed in the morning, but they had their clothes on. So there was still affection, love, and respect."

Steve only found out about the arrangement when he was in his 20s and never met his half-sister, who was born to Joseph and his first wife.

He said that he focused on the negative impact of his parent's arrangement as opposed to the positive aspects that Geoff described.

The arrangement had a particular impact on his mother, he said, who was not allowed to work after his birth.

"She was the smartest person in the family and liked to work. She wasn't allowed to work after I was born. I could never understand why she didn't do more with her life until I learned of the arrangement. She eventually became agoraphobic.

"Having to wall off a part of your life and stay away from someone you love had to have had an impact on her."