On This Day: President John F. Kennedy is laid to rest

Three days after his assassination, President Kennedy was laid to rest at Arlington National Cemetery. One Coast Guard member reflects on carrying the President's casket. 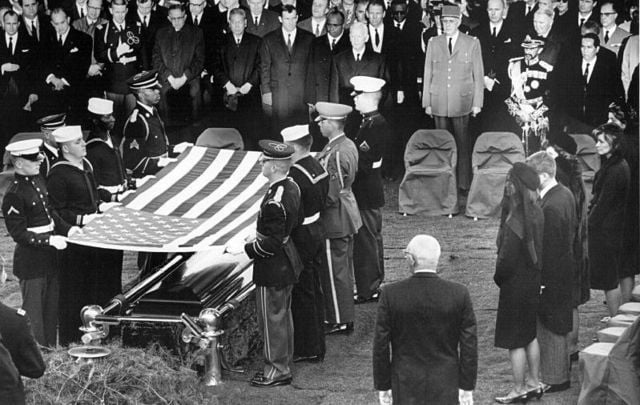 An honor guard at the casket of President Kennedy on November 25, 1963 in Arlington National Cemetery. Getty

As America marks the anniversary of the assassination of President John F. Kennedy, one former Coast Guard member recounts his time carrying the casket during Kennedy’s funeral proceedings.

Barnum explained how he was chosen to represent his branch of the military, and that he was essentially waiting on a call about the ailing former President Hoover when he was summoned to Andrews Air Base. There, instead, he met the body of the recently assassinated JFK. 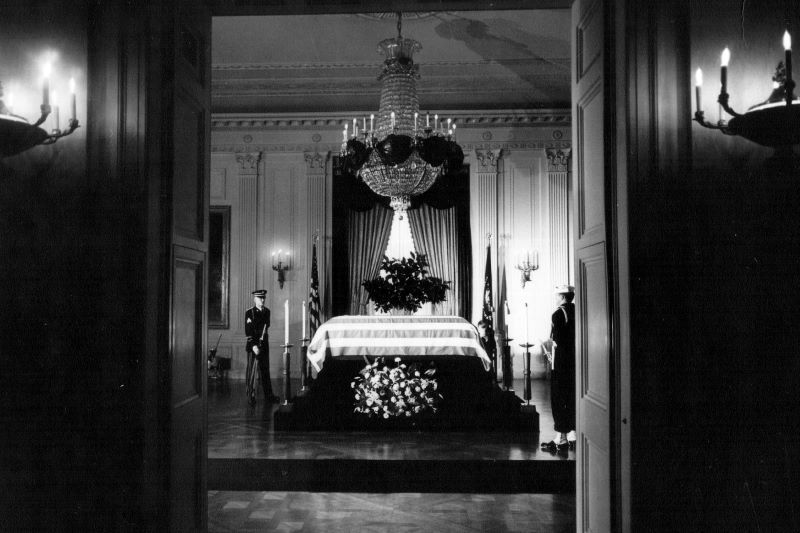 “We stayed with the casket all the time,” Barnum said, except for when the team of himself and seven other pallbearers broke away to practice with a different casket.

“We put a person on top of the casket, filled the casket with sandbags and practiced carrying up, keep it level,” Barnum said.

Speaking of the emotional toll of such a duty, Barnum said: “It didn't hit us until it was over.”

Following the funeral proceedings, Barnum said his military base received a number of thank you cards, including one from widow Jackie Kennedy. 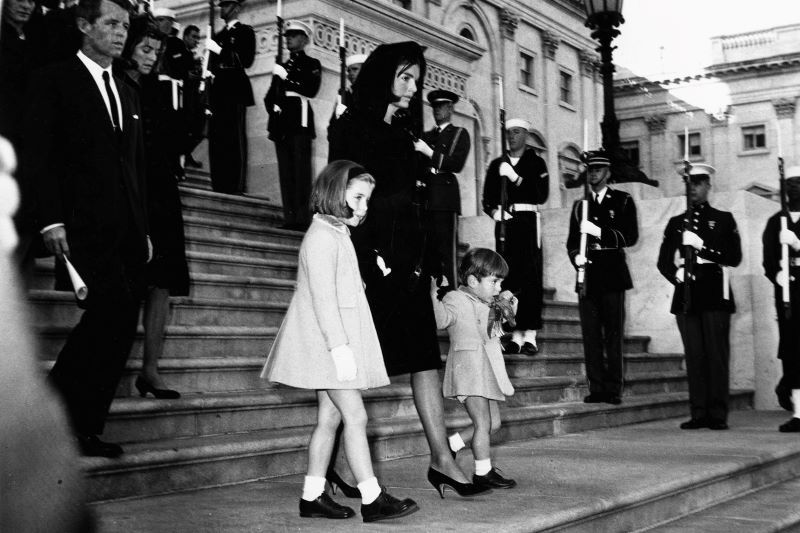 Jackie Kennedy and her children during her husband's state funeral in 1963. (Getty Images)

Read More: JFK's legacy remembered on the anniversary of his assassination

He also received numerous requests for autographs, all of which he responded to.

Barnum now hopes that upon his own death, he too will be buried at Arlington National Cemetery where President Kennedy now lies. 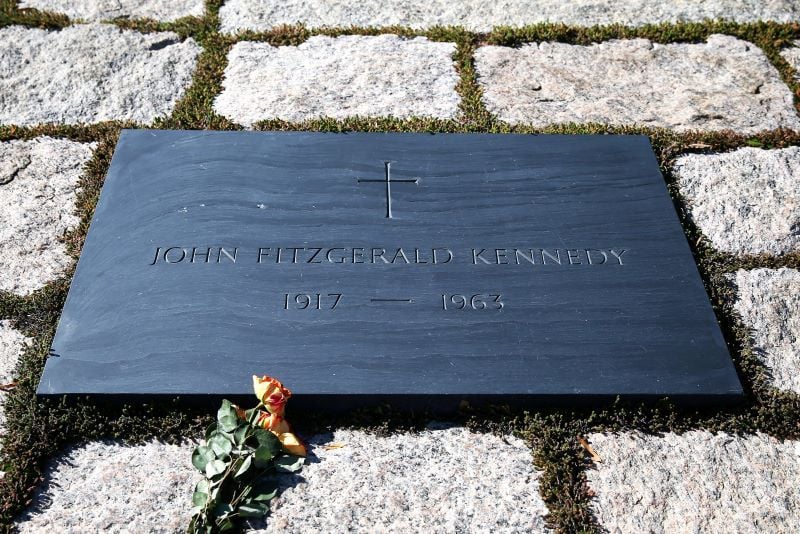