Although he has been studied widely, here are a couple lesser known and odd facts about famous Irish American president JFK. 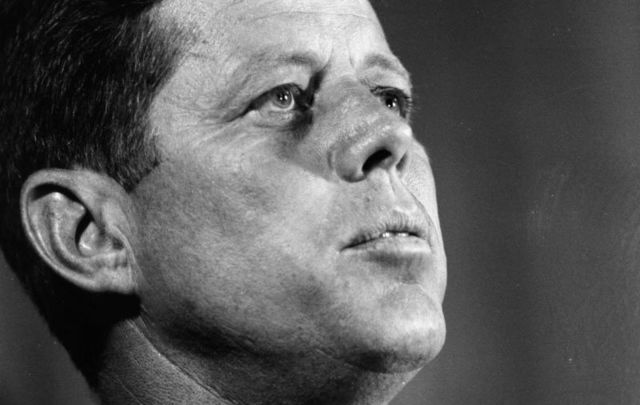 President John F. Kennedy captivated the American public and that continues today. Although he has been studied widely, here are a few lesser-known and odd facts about this famous president that you might not have come across.

2. He was the first president to dance with African American women at an inaugural ball. 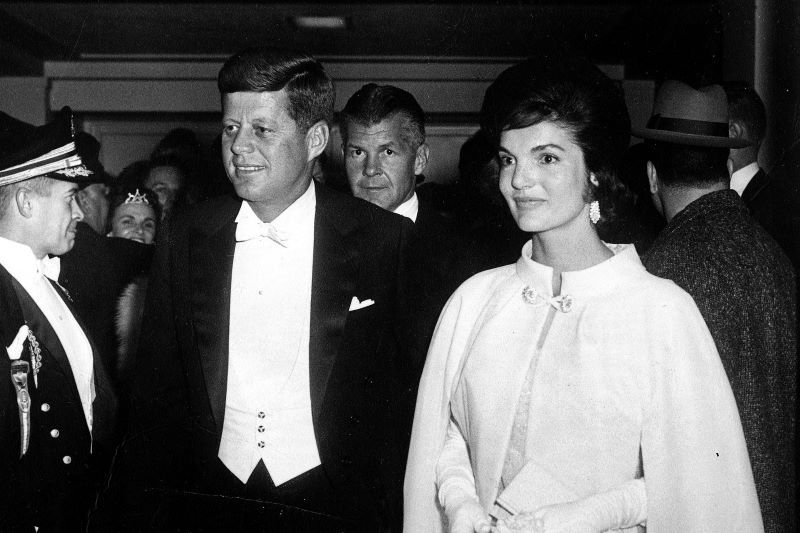 3. Kennedy survived four assassination attempts during his life. A retired postal worker attempted to kill him barely a month after his election by following him from Hyannis Port, MA to Georgetown in Washington, DC to Palm Beach, FL in a car loaded with dynamite. Other plots in Chicago and Tampa were discovered in the weeks before November 22, 1963.

5. Kennedy was obsessed with his weight and traveled with a bathroom scale. 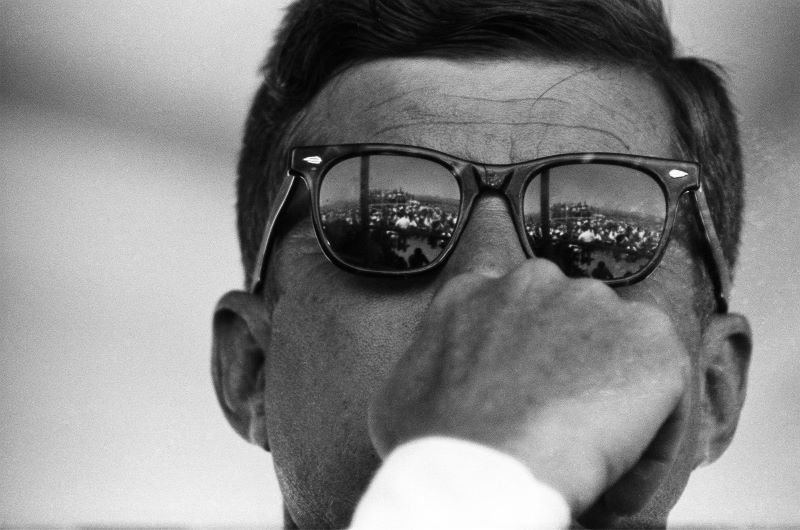 6. He was an avid fan of James Bond and he wrote his own spy novel about a coup d’etat organized by Vice President Lyndon Johnson. 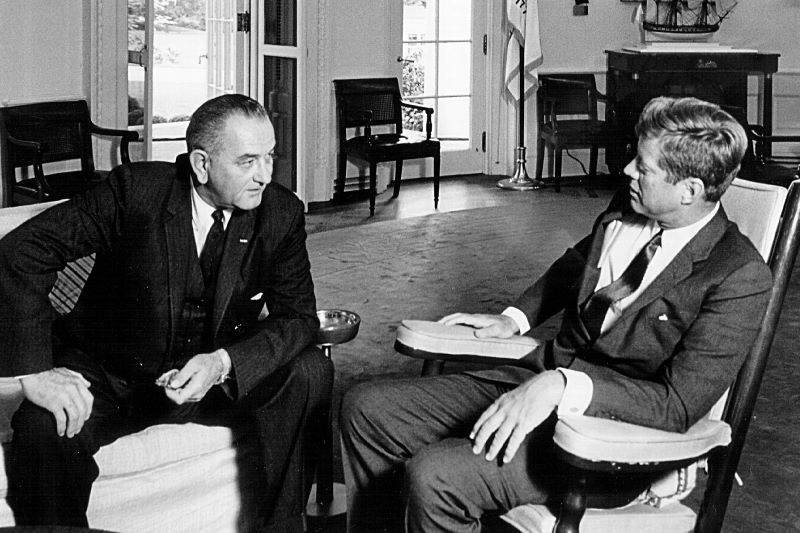 Lyndon B. Johnson and John F. Kennedy in 1963 (Getty Images)

7. He bought up to 1,200 high-grade Cuban cigars the day before he ordered a ban on Cuban imports. 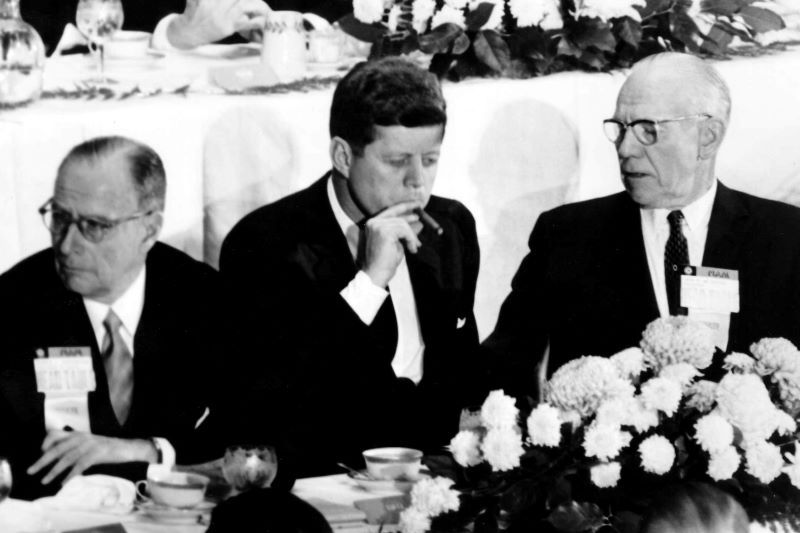 Kennedy smoking a cigar at a luncheon in 1960 (Getty Images)

8. During WWII his ship PT-109 was sunk and he scratched a message on a coconut husk as part of his efforts to get his crew rescued. He later used the coconut husk as a paperweight in the Oval Office. 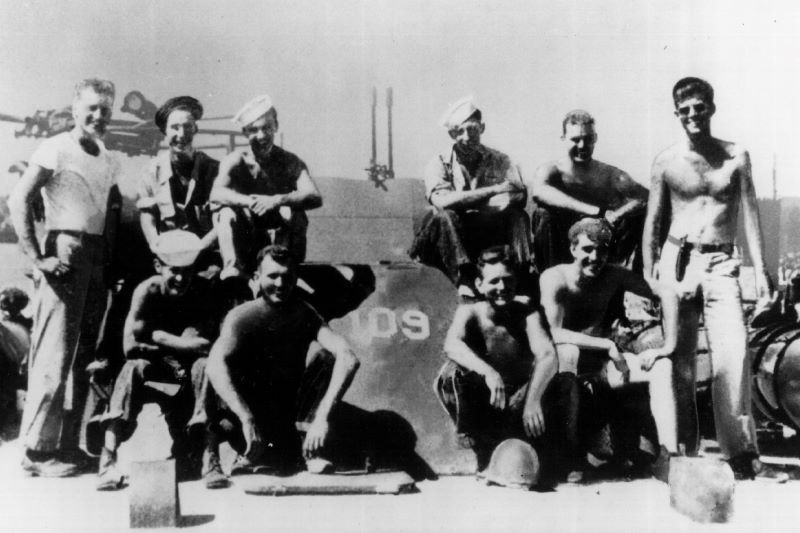 John F. Kennedy, far right, with members of his crew at a South Pacific Naval Base (Getty Images)

9. Kennedy suffered from Addison's Disease, which was potentially fatal in the 1960s. He also suffered from colitis, prostatitis, and osteoporosis of the lower back, which was so severe he struggled to bend over.

10. The driver of his limousine on the day he was shot was Secret Service man and Irishman William Greer form County Tyrone, an Ulster Protestant. Greer was strongly criticized for slowing down rather than accelerating when the first bullet hit as the secret service manual advised.

Do you know any more interesting facts about President Kennedy? Let us know in the comments.