How the Jews saved an Irish Christmas in The Bronx

How a Jewish toy shop owner named Abie saved this Irish family's Christmas during a "humble" years in the 1960s. 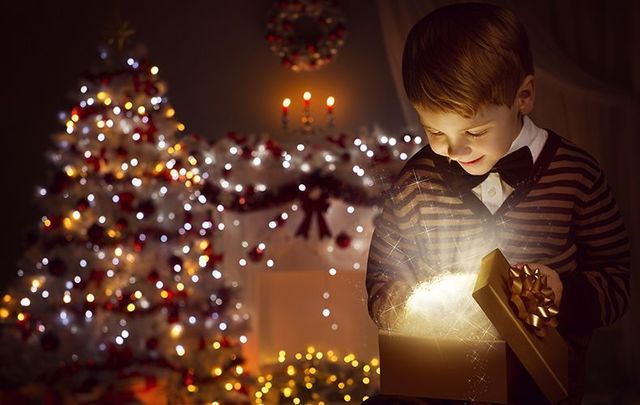 Thank to Abie and kindness Christmas was saved. iStock

How a Jewish toy shop owner, named Abie, saved this Irish family's Christmas during the 1960s.

I always have a fondness for Jewish people at Christmas time.

I remember one dark, winter night the week before Christmas many years ago, when Marge Coyle came to the door and spoke with my mother, their heads inclined, their words cloaked in adult whispers. She handed my mother a slip of paper that Mommy clutched in her protective palm. It was a furtive, conspiratorial hand-off as if they were passing contraband.

The next day my brother Gerard and I walked 15 blocks through the streets of The Bronx with our mother, following that mysterious piece of paper like a treasure map that brought us at last to Abie’s Toy Shop on West Kingsbridge Road. It was, for Gerard and me, like unearthing a chest of pirate’s gold.

Abie’s was, in fact, the answer to a Christmas prayer. My father, a bakery mechanic, had been laid off some weeks earlier, caught up in a wave of consolidations among the three national bakeries that still operated plants in the Bronx in 1961. It was to be a very humble Christmas. Still, we clung to our family holiday traditions.

My mother assembled the cardboard fireplace with its red and white painted bricks and perched it snugly against the living room wall. We hung our stockings from its cardboard mantel. My brothers and sisters and I jostled daily to see who would get to open the new window of the advent calendar. And we got the tree.

Every year we walked with my father down to Elm Place, a block away on E. 188th Street, to Mike Sedano’s tree lot outside The Mayo Inn. Dad and Mike would dicker awhile, then seal the bargain by spitting on their hands, shaking on the deal, and going inside the bar for a ball and a beer as the six of us sized up the tree outside.

In perhaps my father’s proudest moments, we’d follow him home. Rose Ann, Elizabeth, Gerard, and I carrying the trunk, and Richard and little Christopher in the rear holding the tapered branches of the treetop in our annual family Christmas parade. The scent of freshly cut balsam filled the apartment.

After the tree was decorated and draped with tinsel, we’d arrange the Nativity scene beneath it and then we’d lie for what seemed hours playing “Colors,” in which we’d announce in turn, “I’m looking at something ... red,” and the rest of us would offer, “Is it this?” “Is that it?” all the while Christmas carols jingled from the record player.

The Coyles were tenants in our building. Decent, caring people, they couldn’t bring themselves to celebrate the season of giving with their two sons, knowing that my parents had no toys for their six children that year. And so, as people of goodwill do in every time and place, they made arrangements.

Our working-class Bronx neighborhood in the Irish Catholic enclave of Tiebout Avenue didn’t have much daily contact with Jewish people—or with many Protestants, for that matter. In fact, as far as I was aware, we barely knew any Jews.

We used to know Terry and Herbert and their kids Bonnie and Howie, of course—friends in our previous neighborhood—but we’d lost contact with them years ago. There were the Siegels up in Apt. 4B and Mrs. Aaron in 2A with the strange little mezuzas beside their doors. And the Jewish family, the Starkys, in the building across the alley, refugees from the Nazi atrocities of recent years who were persecuted still by some people in the neighborhood.

And then there was Mrs. Weinstein, the kind old woman several neighborhoods to the north, whose sidewalk Warren Bacon, Gerard, and I would shovel for a dollar and steaming, frothy cups of hot chocolate. But aside from Mr. Abromowitz, who owned the dry cleaners shop just around the corner, we had little contact with Jewish people in our daily affairs. Like the other parochial neighborhoods surrounding our parochial school, we were growing up, for the most part, among people just like ourselves.

So Abie was as much a novelty to Gerard and me as was his toy store. A small, white-haired man with bushy brows and deep-set eyes, he sat alone behind the counter of his narrow shop, rising to greet us as we entered. My mother muttered something to him in the hushed and reticent tone of one who knew that she was about to accept charity. I heard her mention Mr. Coyle, and Abie’s face brightened.

His eyes, it seems to me now, conveyed the memory of one who had himself known what it was to want over the years. It wasn’t exactly deprivation—proud working-class people would never allow themselves to use that word, for we never thought of ourselves as poor, and I can barely bring myself to use it now. But Abie’s eyes knew what it was like to be bruised by life.

“Ah, yes, yes, of course ... come right in, mother,” he said in a grainy voice that made me want to clear my throat. “I vant that you should fill these bags ... ”  He moved in a shuffling gait, his arm gesturing in a wide, sweeping arc toward a pile of bags on the floor behind the counter as if we would somehow be doing him a favor by complying with his wish.

The toys in Abie’s Toy Shop were displayed everywhere. Toys of every imaginable description were stacked on shelves, hung from pegboards, or dangled like temptation from the ceiling. It was a child’s vision of paradise, and Gerard and I were lost in the luxury of it all: trucks and games and balls and skates, Lincoln Logs and Tinker Toys, Mr. Potato Head and Fort Apache sets, cowboy hats and guns in holsters, spinning tops and yo-yos galore, as far as the eye could see.

But as we were leaving, burdened by our bundles slung over our shoulders, what I remember most was the kind, knowing smile on Abie’s face. “Vat for?” he responded to my mother’s humble thanks. “Merry Christmas, Mother, Merry Christmas,” he said.

We made our way home through the holiday crowds that afternoon faster than we had come, despite—or perhaps because of—the sacks we carried. Old enough to be entrusted with the source of this bounty, at 13 and 14, Gerard and I were drafted into the conspiracy of adults in hiding the toys and their source from our younger brothers until—Christmas Eve come round at last—they would appear, mysteriously, under the tree. There would be no coal in the stockings that year, after all, thanks to Santa Claus, Mr. and Mrs. Coyle, and a kindly old Jewish man named Abie.

Do you have any special Christmas memories? Share them in the comments!