James Gordon Bennett, editor and publisher of the New York Herald in the 19th century, defended the Irish during the era of "No Irish Need Apply." 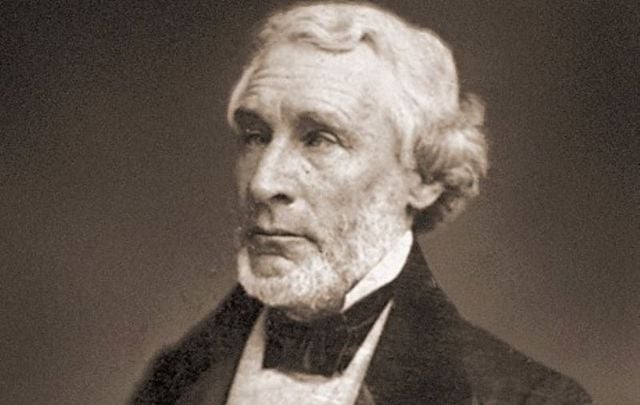 James Gordon Bennett, founder, editor, and publisher of the New York Herald, spoke out on behalf of the Irish

You will search in vain for any notable person defending the Irish, with the exception of the great Frederick Douglas, in the era of “No Irish Need Apply.”

Thomas Nast, the darling of the establishment, drew the Irish as apes, savages, and monkeys and it was clear many of his fellow artists and powerful interests felt the same way. Newspapers like The New York Times were unremittingly hostile to the new immigrants.

It was left to a Scottish Catholic emigrant, James Gordon Bennett (1795 -1872) to speak out on behalf of the Irish. He did so in the New York Morning Herald, later the New York Herald.

Bennett had a remarkable career and died publishing the most popular paper in America. Alas, his son was unable to match his genius and the newspaper eventually disappeared.

The New York Herald will be best remembered for taking the lead in creating the legend and promoting the historical importance of Abraham Lincoln.

Bennett revolutionized newspaper coverage, covering speeches word-for-word rather than brief summaries, he hired 63 journalists to cover the Civil War, and he was the first to write financial articles covering Wall Street issues.

Bennett's anger at the ethnic hatred saw him put pen to paper in July 1830, a clear indication the offending signs were prevalent even then:

“Several advertisements with this insulting appendage have been from time to time left on our hook for insertion, but which we rejected with disdain for their authors.

"If one Irish servant maid commits a fault, is that a reason that all other Irish girls must be bad? Surely not. Those who write those illiberal and foolish advertisements must remember that the misconduct of a few can afford no ground for insulting a whole nation; and a nation like Ireland - renowned for the virtue of her females, and the genius and generosity of her sons.

"Know that America cannot be patriotic who would offer a deliberate insult to the country of General Montgomery and Commodore Barry.

"When we were making the great struggle for our liberties, were we not nobly assisted by IRISHMEN?”