William Carleton, the man famed for his depictions of life in Ireland during The Great Hunger, was born on this day, February 20, 1794. 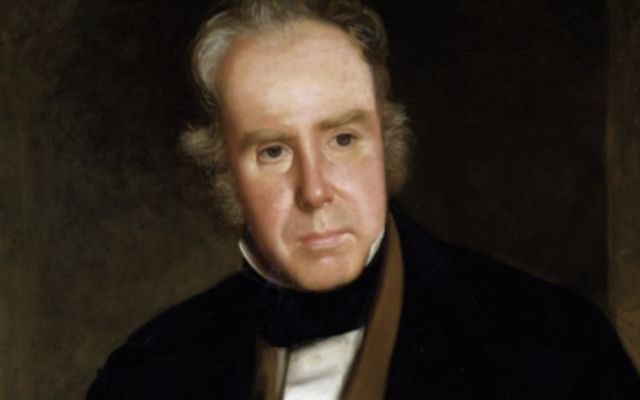 Famed 19th century Irish writer William Carleton was born on February 20, 1794, in Clogher, Co. Tyrone, acclaimed for his depictions of life in Ireland throughout the early 1800s Public Domain / WikiCommons

William Carleton, the man famed for his depictions of life in Ireland during The Great Hunger, was born on this day, February 20, 1794, in Clogher, Co. Tyrone.

Known for his depictions of life in Ireland throughout the early 1800s and later through the years of The Great Famine, Carleton's most famous work is “Traits and Stories of the Irish Peasantry,” a collection of ethnic sketches of what he deemed to be the stereotypical Irishman.

Carleton was the youngest of 14 children in his family. His writings were greatly influenced by his parents as his mother often sang in Irish, and his father, a Catholic tenant farmer, was an Irish language speaker and storyteller.

As a tenant farmer, Carleton's father frequently moved the family in search of work. As such, Carleton received only a basic education after attending various hedge schools.

The majority of Carleton's learning came from a curate named Father Keenan, who taught a classical school at Donagh, Co. Monaghan. Carleton had initially planned to become a priest but later decided against it.

Many of the scenes of rural Ireland that Carleton wrote about in his novels and sketches were formed from his childhood experiences in Co. Tyrone, including hedge schools and his relationship with (and hatred of) the Catholic Church.

Despite initially wanting to become a priest, thoughts of ever entering the priesthood ended abruptly following his excursion on a religious pilgrimage when he was 19. Carleton eventually renounced Catholicism completely to become a Protestant.

After spending time as a tutor in Co. Louth, Carleton headed for Ireland's capital city. He arrived in Dublin with just two shillings and sixpence in his pocket.

His range of professions whilst in Dublin was certainly eclectic and he spent periods of time as a bird-stuffer, attempting to become a soldier, and working at a clerkship in a Sunday School office before his writing started to earn some attention.

In 1820, the writer married Jane Anderson and together they had several children.

In 1830, Carleton made a name for himself after he published his most famous work, and his first full-length book, “Traits and Stories of the Irish Peasantry." In 1832, he released a second series, and in 1834, he released "Tales of Ireland."

In his works, Carleton focused heavily on the image of the stereotypical Irish “Paddy”, alienating many Catholic Irishmen through his depictions of them as drunks and placing a heavy emphasis on gang violence among the tenant classes.

Despite being born into a Catholic family, and claims that he only converted to Protestantism to garner the favor of those who would sponsor his art, Carleton denounced the efforts of Daniel O’Connell in fighting for Catholic Emancipation in Ireland, accusing him of inciting violence against the Protestant class, a crime he believed most Catholic priests were also guilty of.

He was never to be a rich man, however, and the later years of his life were defined by the alcoholism that he was so eager to portray among his sketches and poverty that was only slightly lessened by the awarding of a pension of £200 in 1848.

The successful petition by a list of Ireland’s most eminent people to award him this pension is an everlasting tribute to the regard in which many people within Irish society held him. The list is said to have included the President of the Catholic College at Maynooth, the Orange leader Colonel Blacker, Daniel O’Connell’s son, and Oscar Wilde’s father.

Carleton died at his home in Ranelagh on January 30, 1869, and is buried at Mount Jerome Cemetery, Harold's Cross, Dublin.

Later, in 1896, David James O'Donoghue compiled the stories Carleton had written about his own life into a biography titled "The Life of William Carleton..."

What do you think of William Carleton's works? Let us know in the comments