Known as "Black Francis" his band of highwaymen supplied the poor by robbing members of the planter class, Protestant immigrants who confiscated land from Irish Catholics. 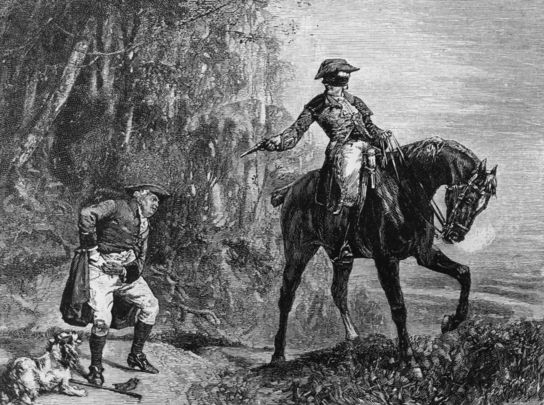 The story of Francis McHugh, a man dispossessed of his property during the Ulster Plantation who became one of the most notorious highwaymen of his time.

Like many others, McHugh lost his property through confiscation and was turned out. In one of the stories handed down through the centuries, the dispossessed McHugh encountered a pirate or bandit at a fair at Castlederg, County Tyrone, who inducted him into a life of outlawry. Becoming a highwayman, McHugh assembled a gang of like-minded men to join him.

Read more: In search of US descendants to Great Hunger bride orphans

Members of McHugh’s band included Tom Acheson of Grouse Hall, near Pettigo, County Donegal; Patrick ‘Supple’ Corrigan, Brian McAlynn or McAlin of Fermanagh, James McQuaid or McCabe of Monaghan, Richard Monkham (Tarlach Mhuiris) of Tipperary, and Alex Wright. In the oral tradition, McHugh is sometimes called Francis Corrigan, though this appears to be a result of confusion with a fellow gang member, Patrick Corrigan. McHugh was also referred to as Bold Frank McHugh and Black Frank. 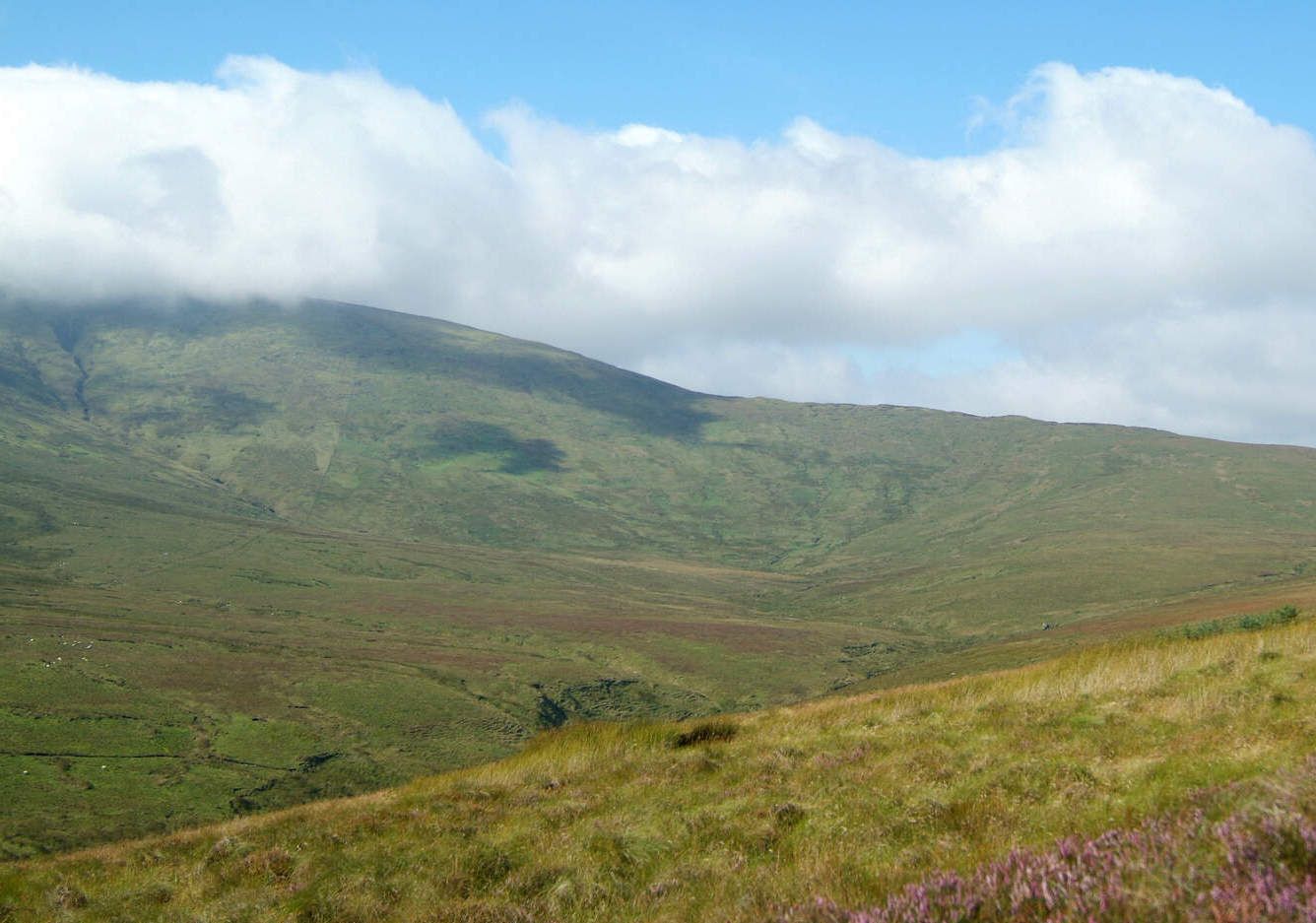 The Sperrin Mountains in County Tyrone.

The band’s hideout was in the Scraghy Hills of the Tievemore Mountains near Templecarne Townland, between Castlederg and Pettigo, close to where the borders of counties Fermanagh, Donegal, and Tyrone meet. McHugh and his gang, active in the years 1770 to 80, haunted the roads and byways of the three counties, especially those of Fermanagh.

McHugh’s group supplied the poor by robbing members of the planter class, Protestant immigrants who acquired and settled on land which had been confiscated from Irish Catholics. McHugh gained a reputation for chivalrous behavior during the commission of his escapades. For these reasons the people of West Tyrone and East Donegal came to regard the highwayman as a folk hero, and his adventures became part of the folklore of the Pettigo and Lettercran area.

McHugh was a man of some education and culture who socialized with the gentry at Tom Acheson’s Grouse Lodge. On such occasions, McHugh picked up titbits on the doings, schedules and travel plans of various members of the gentry, and used the gathered information to strategize and arrange the most advantageous times to burgle or rob their properties. 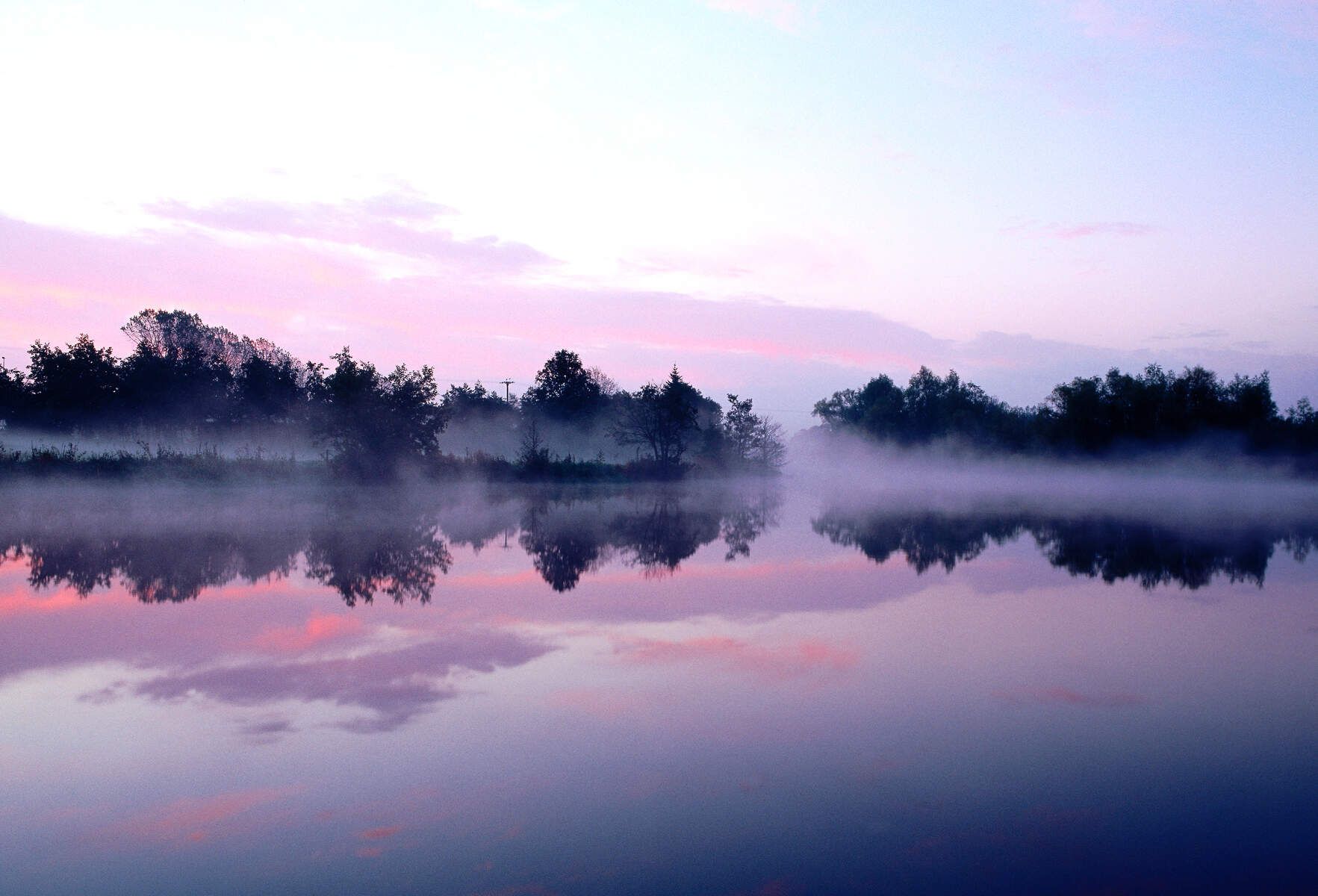 Attacks on the English military

The outlaw band also sometimes targeted the English military. In one adventure, McHugh and his men stole 70,000 gold sovereigns from the redcoats, stashed them in a foal’s skin on Leitrim Hill on the Killen to Killeter road (Co Tyrone), and buried them. The mass of coins, which McHugh supposedly never retrieved, was said to be in a spot which aligns with three spires and the setting sun each 22 June.

McHugh once sought to hide from the redcoats in a house in Segronan owned by the Meehans. Though the soldiers spied him going in the front door, luckily and unusually for the time, the Meehans’ home had a back door, through which the highwayman flitted before the soldiers could surround the premises.

In the spring of 1780 McHugh’s band mounted a major operation by raiding Lisgoole Abbey, a sizeable Georgian house with a battlement tower, near Enniskillen in County Fermanagh. The objective of the raid was to collect enough spoils in order to help the struggling poor pay their rents or settle their accounts. The action was also a retaliatory strike against the English for their seizure of the property.

James Armstrong owned the house at the time. During the operation, one of McHugh’s men insulted Armstrong’s daughter. Incensed by the man’s behavior, McHugh struck him and knocked him to the ground. In the midst of the fracas, Armstrong surreptitiously sent a messenger to alert the authorities to the attack. A sympathetic servant-girl wanted to warn McHugh about the message and that he was in danger, but she was constrained in the presence of her master. The story tells that, as she was frying and turning herring in a pan, she repeated, “You never were caught for your belly yet.” McHugh took the hint and fled to Enniskillen Pound, where the Enniskillen Volunteers caught up with him.

One of his men, Supple Corrigan, wished to shoot it out with the soldiers, but McHugh preferred to outwit his pursuers. The volunteers chased McHugh’s gang from Enniskillen to the Sillees River. The soldiers closed in and when McHugh could see he would be cut off, he drove his horse and leaped 20 feet across the river.

The English captain was said to call out a compliment to McHugh for the feat, to which he replied, “The Devil thank ye; I had a long race for it.”

The soldiers pursued McHugh to a hill, Druminiskill, where the highwayman cast his loot in a bog hole, remarking that someone else would find it and become rich. In some variations of this story, it was Supple Corrigan who leaped the Sillees, which perhaps caused or contributed to the confusion leading to McHugh being called Francis Corrigan in various tales.

McHugh sought refuge from a man named Hillard, to whom he gave a guinea for his assistance. Hillard however betrayed McHugh, and the highwayman and most of his men were arrested near Irvinestown in County Fermanagh and hauled to Enniskillen where they were jailed.

When McHugh was finally captured, he supposedly declared that he’d “run too fast to run long.” A General Archdale visited McHugh in prison and suggested using his influence to attempt to save him from the gallows, but the highwayman for some reason rejected the offer.

The trial was held at the Enniskillen prison. According to a letter from Enniskillen dated 2 May 1780 and published in the Belfast News Letter on 9 May, the assizes concluded on 2 May. The letter tells that those found guilty of robbing James Armstrong of Lisgoole, Esq were: Francis McCue (McHugh) alias Francis Dough, the band’s captain; Richard Monkham, Patrick Corrigan, James McCabe, Alex Wright, and Bryan McAlin. (Tom Acheson’s name was not among the listed captives.) The letter reported that the judges, Baron Hamilton and Justice Lill, praised the Enniskillen Volunteers for their work in apprehending the gang.

There is a story that Supple Corrigan evaded capture and, dressed as a woman, was amongst the spectators at the trial. In one variant Corrigan sobs in grief, feigning that McHugh is ‘her’ betrothed, perhaps hoping to influence the jury and judges in favor of the highwayman. But as the published letter lists Patrick Corrigan as among the prisoners, the tale is most likely folkloric, or the man in disguise has been misnamed as Corrigan.

At the trial, Armstrong’s daughter pled that McHugh should be granted mercy, due to the gentlemanly way in which he’d treated her during the raid. But the jury rejected her pleas and found McHugh guilty. He and his gang were sentenced to death by hanging, at which news Armstrong’s daughter left crying. McHugh gave a long speech from the gallows, and when pushed to hurry it along, argued that though the hangman’s day would be long, his would be short, and resumed his oration.

McHugh’s body was taken by boat over Lower Lough Erne to a landing place by Pettigo, and from there conveyed through the village, along the ancient road to Lough Derg to Templecarne Graveyard, where it was interred in an unmarked grave.

Enniskillen Technical School now rests on the site of the prison where Francis McHugh and his band were gaoled and tried.