One-hundred-and-six years after the 1916 Easter Rising, places in Dublin still bear the scars. 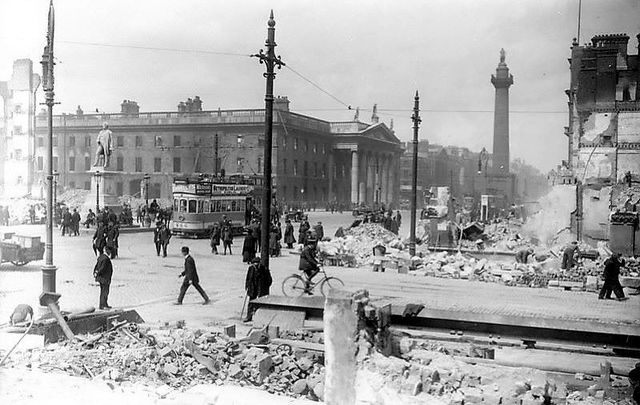 The 1916 Easter Rising in Ireland was over a century ago, but Ireland's capital city of Dublin still bears the scars from the battles.

Author and Irish military historian Paul O'Brien and University of Bristol reader in archaeology Dr. Joanna Brück traced the physical reminders of the 1916 Easter Rising for The Journal.

The uprising began on Easter Monday, April 24, 1916. It was on that day that seven Irishmen proclaimed the establishment of the Irish Republic, with themselves as its government, and attempted to break away from British rule.

Involved were the Irish Volunteers, led by Pádraig Pearse, the much smaller Irish Citizen Army, led by James Connolly, and members of Cumann na mBan.

The Irish force numbered around 1,600 people and occupied buildings around Dublin’s city center, buildings that still hold the physical proof of the fighting that is nearly a century passed.

The week-long uprising cost about 1,500 lives - mostly civilians - and left another 2,000 people wounded. It also left its mark upon many spots around Dublin which are still palpable today.

O’Brien says that “one of the biggest battles of the rising happened on that road.

The old schoolhouse is still standing today but has since been converted into The Schoolhouse hotel and restaurant.

The battle there occurred when members of the British 59th North Midlands Division ran into 17 volunteers who were positioned on that street. 214 British soldiers met their deaths.

“They had them in crossfire – the British didn’t know what direction they were coming from or what position the Irish had,” explained O’Brien. “That battlefield is still there bar one building that was burnt down and is now an office block.”

While most of the hospital in Dublin 8 today is new, the area around it was the site of “fierce battles,” according to O’Brien.

“It was known as the South Dublin Union. It was a workhouse for the impoverished people. A man called Eamonn Ceannt was one of the Irish Volunteers and occupied the workhouse.

“The battlefield and the majority of the buildings are still there within the modern complex. You can see the nurse’s home; the convent is still there,” said O’Brien.

“A lot of it was damaged or destroyed in the civil war – in relation to 1916, many battles took place in streets and alleyways behind the Four Courts,” said O’Brien. The area now is mostly new and rebuilt.

“Urban combat was very new to the British Army, and they had to adapt very quickly to what was happening in Dublin,” said O’Brien.

"One of the biggest battles in the area happened at North King St and involved the Irish Volunteers and the British South Staffordshire regiment. The army suffered heavy casualties at that spot."

While many of the houses there were knocked down, some originals still remain. The Irish Volunteers occupied a public house at the junction of North King St called Reilly’s which is still standing but under a different name. Similarly, the Capuchin hall, where Comdt Edward Daly set up his headquarters, is also standing.

Also near the Four Courts was a medical mission, where a group of British lancers took shelter after being intercepted making their way up the quays. This building still stands today, but “The whole front of that building is peppered with bullet holes.” 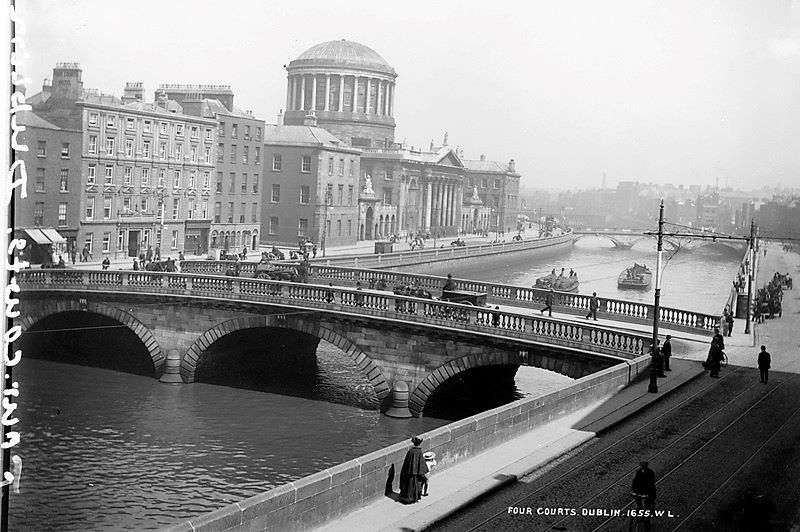 Now a bustling hub for Dublin city, St. Stephen’s Green was used to dig trenches during 1916.

“The rebels dug trenches, probably at the four entranceways and other places – the written sources aren’t very specific about where they were.” Dr. Brück added that with it being a Victorian park, the Irish Citizens Army takeover of the area was quite symbolic.

“There has been debate over whether it was a strategically good location to take over or not. Some would say it was stupid to take over Stephen’s Green as it was looked over by different buildings and they didn’t have enough men to take control of buildings overlooking the green. Others would say there is a water source so that was good.”

"The rebels were led by Michael Mallin and Countess Markievicz - there is a limestone bust of Markievicz in the park today. There, they dug trenches and put barricades up around entrances and smaller entrances in the park, and also commandeered passing vehicles to help them in their task," said Dr. Brück.

O’Brien added that “one photograph taken of the trenches for a newspaper at the time showed them facing straight down Dawson St.”

Today, you can see pock-marks and bullet holes on the Fusilier’s Arch at the entrance to St Stephen’s Green.

Still a popular spot in Dublin today, The Shelbourne Hotel became a takeover spot for British forces beginning on Easter Monday in 1916. At first light, they began shooting at the rebels from the windows of the hotel.

The soldiers barricaded downstairs in the Shelbourne, and some guests were wounded by fire from the rebels in the park. The guests were moved to the rear of the building to avoid more injury.

While the inside has since been refurbished, the outside of The Shelbourne remains the same as it was back then.

“The buildings they took over were very symbolic,” said Dr. Brück, "with this spot being no exception. Irish rebels retreated to here and remained there until they surrendered on the Sunday. The masonry outside the college today still bears the pockmarks of bullets exchanged between the Irish and British." 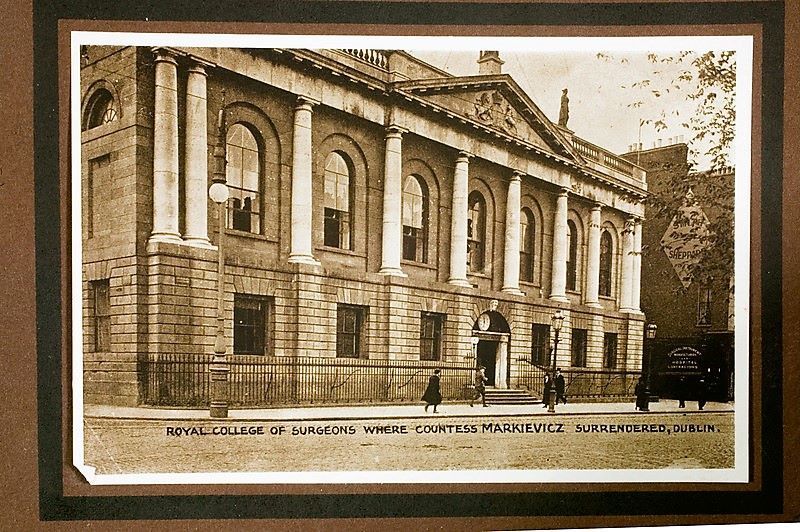 The Royal College of Surgeons in 1916 (Ireland's Content Pool)

This landmark on O’Connell Street, then called Sackville Street, served as headquarters for the Irish Volunteers during the Uprising. Though it was burned down during the week of rebellion, its remaining facade bears the scars of bullet holes still visible today. 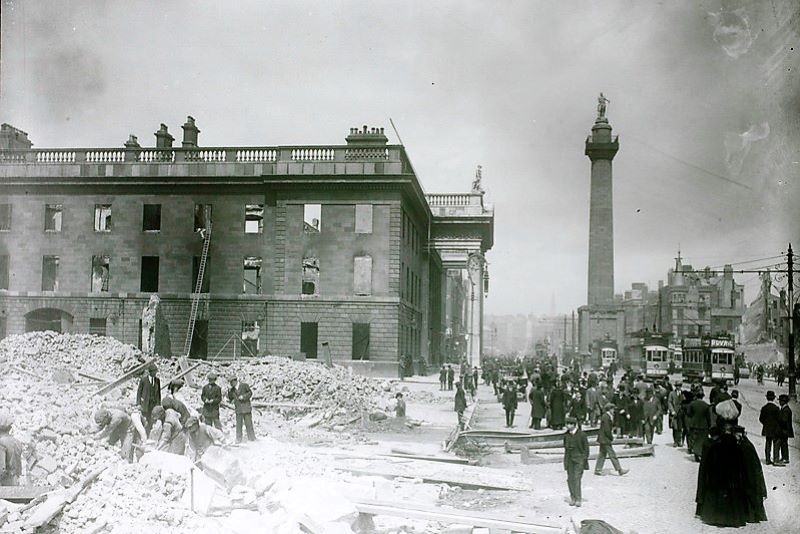