The bombings in Dublin and Monaghan on May 17, 1974 were one of the worst events of the Troubles. 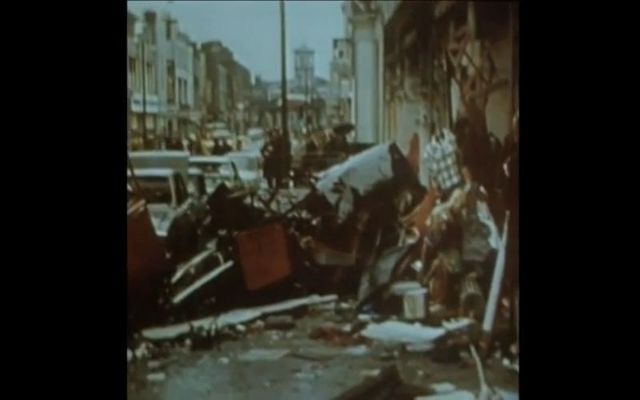 Scenes in Dublin on May 18, 1974, the day after the bombings in Dublin and Monaghan. AP Archive, YouTube

On May 17, 1974, loyalists planted three bombs in Dublin and one bomb in Monaghan, killing 33 civilians and a full-term unborn child.

The bombings on May 17, 1974, were a series of coordinated car bombings in Dublin and Monaghan. Three bombs exploded in Dublin during rush hour and a fourth exploded in Monaghan almost 90 minutes later. They killed 33 civilians and a full-term unborn child and injured almost 300.

The bombings were the deadliest attack of the conflict known as the Troubles, and the deadliest terrorist attack in the Republic's history. Most of the victims were young women, although the ages of the dead ranged from five months to 80 years.

The 2018 RTÉ documentary “Collusion,” which examined the extent of collusion between security forces and loyalists paramilitaries, claimed that the purpose of the Dublin/Monaghan bombings in 1974 was to start a civil war. The bombings were carried out by Loyalists acting under orders from British Army agents, the documentary revealed.

Following the documentary, calls were made for the Irish government to immediately request all collusion files be made public.

A top Royal Ulster Constabulary (RUC) officer raised the issue of paramilitary collusion personally with Margaret Thatcher but his concerns were ignored. Successive British governments refused to launch an internal investigation into the collusion activities of its own army including shoot to kill death squads.

The documentary features claims from a member of the Ulster Volunteer Force (UVF) gang responsible for the bombings that the intention was to start a civil war and includes interviews with many of the major players in policing and security over the past three decades.

The program claims that the British Army decided early on that it could not fight a war on two fronts and concentrated its efforts on "destroying" the Provisional Irish Republican Army (IRA), while simultaneously stating publicly that it was dealing with the conflict in an even-handed way.

The 2013 book “Lethal Allies” by Anne Cadwallader estimated one Loyalist gang based in mid-Ulster may have killed as many as 120 Catholics.

The documentary features an interview with former Police Service of Northern Ireland (PSNI) Chief Constable Sir Hugh Orde, who said that the FRU commander Gordon Kerr should have faced a public trial.

In 1987, Kerr recruited former soldier Brian Nelson as an agent. Nelson's job was to infiltrate the UDA and for the next three years, he colluded with murder gangs to shoot IRA suspects and innocent nationalists.

One of those murdered was Belfast solicitor Pat Finucane.

Former Special Branch head Raymond White said that the message he received from the British government at the time on the use of agents in the war was "carry on - just don't get caught.”

In the documentary, former Police Ombudsman Nuala O'Loan claims that the British government was still attempting to hide levels of collusion as late as 2003, six years after the Good Friday Agreement.

Baroness O’Loan told the program that when she been investigating new murders involving collusion, senior British Government officials attempted to pressure her not to continue.

The investigation eventually revealed shocking levels of collusion between police officers and what O’Loan described as ‘serial killers.’ Her report found that Special Branch officers gave the killers immunity and officers ensured the murderers were not caught.