The Clydagh Valley Roundup during the Irish War of Independence

The last great British military operation in Ireland during the War of Independence occurred in the remote Clydagh Valley that straddles the Cork and Kerry border. 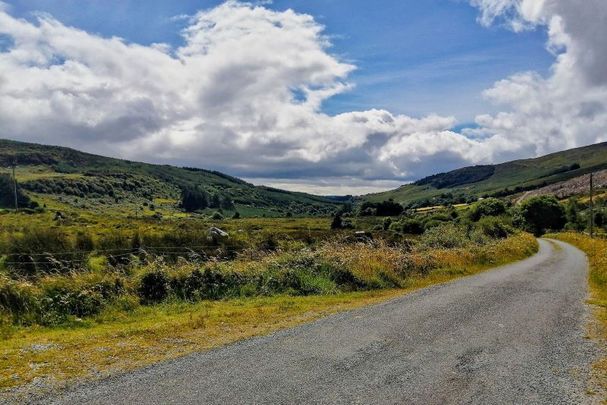 On the 6th of June 1921, up to 10,000 British troops descended on the Clydagh Valley to sweep the area for Republicans. With additional air support, the British launched their massive sweep as light broke over the tranquil valley at 4 am.

The area was a Republican stronghold where many IRA Volunteers from the Kerry and Cork Brigades camped. The boggy and wild landscape proved ample for arms dumps and the locals living in the valley also provided their homes and sheds for those 'on the run.'

The British military operation in the Clydagh Valley would become known locally as 'The Big Roundup' and it was led by Major Bernard Law Montgomery and Major A.E Percival.

100 Years Ago: British military launched its biggest manhunt in its history at the Clydagh Valley on the Cork/Kerry border. Pictured here is General Higginson with captured men. Higginson was a notorious character in Cork for carrying out reprisals in the form of house burnings. pic.twitter.com/iN5jucWy2b

Captain of the Rathmore IRA Company Manus Moynihan said in his Bureau of Military History Witness Statement: "On the 6th of June 1921, British troops moved from all sides closing in on the Clydagh Mountains. There were thousands of troops engaged with cavalry going through the valley. The whole of the Clydagh Valley was combed but we got out before the troops moved in."

Days before the large military sweep began, a message from Victoria Barracks in Cork city to Macroom Castle had been intercepted by the IRA in the Macroom post office. The message detailed the upcoming sweep on the Clydagh Valley. With this information, the IRA was able to evacuate its members from the valley, including several high-ranking members considered 'Most Wanted Men' by the British authorities.

On that bright summer morning in 1921, British troops arrived in the valley from barracks in Tralee, Killarney, and Cork city. The 17th Infantry Brigade moved into the valley from the Killarney side while Auxiliaries from Macroom covered the Caherbarnagh Mountains.

Troops flanked from the Ballyvourney side and the Rathmore side while those from the Gloucestershire Regiment encircled the valley from Shrone and it was here where two fatalities occurred.

Local land labourers Con Moynihan, aged 40 from Shrone, and John Dennehy, his neighbour, were shot dead by the Gloucestershire Regiment near the foot of the Paps Mountains.

The two innocent men were on their way to cut turf in the bog when the sight of the large military regiment coming over the hill startled them. The two men decided to run back home but a hail of bullets from the British troops made sure they would never see home again.

Homesteads in the valley were brutally raided by the troops but, in most of them, they found only frightened women and children. Most of the men had fled when word spread of the roundup. At each home raided by the British troops, the woman of the house informed them that the men were working in the bog. One clueless British officer quipped "There must be a bloody big peat mine in this area!"

From his Military Witness Statement, IRA Volunteer Michael O'Sullivan from Kilnamartyra, Co Cork recalled looking down on the valley from a safe distance and seeing the British troops setting up camp there - "The valley was white with bell tents."

O'Sullivan described how the British troops took over Clydagh National School and used it to house prisoners during the roundup: "One Volunteer from Tureen, over the Kerry border, started moving about feeling the floor with his hands.

"One of the officers said: 'What are you doing Paddy?'

'"I am looking for a soft board to lie on sir,' he answered.

"'There you are now,' said another officer to his fellows, 'I told you we had rounded up all the imbeciles of the country!'"