On This Day: The Blasket Islands were evacuated in 1953

In 1953, the last remaining inhabitants of the Blasket Islands off the coast of Co. Kerry were permanently evacuated to the mainland.

On November 17 1953, the last remaining inhabitants of The Blasket Islands off the coast of Co Kerry were permanently evacuated to the mainland.

The Blasket Islands, a group of six Atlantic islands off the coast of Co. Kerry, consist of the main Great Blasket Island, Beginish, Inishabro, Inishvickillane, Inishtooskert, and Tearaght Island.

The Islands were inhabited for centuries by a small but close-knit Irish speaking population who followed a traditional way of life involving farming, fishing, weaving. Eventually, the inhabitants became the subjects of important linguistic studies for their use of a largely unchanged version of the Irish language.

The 1953 evacuation, ordered by then-Taoiseach Eamon de Valera, was largely accepted as a necessity. The Blasket Islanders – by then a population of only 22 – were cut off from communication or any emergency assistance from the mainland and facing increasingly extreme weather patterns. 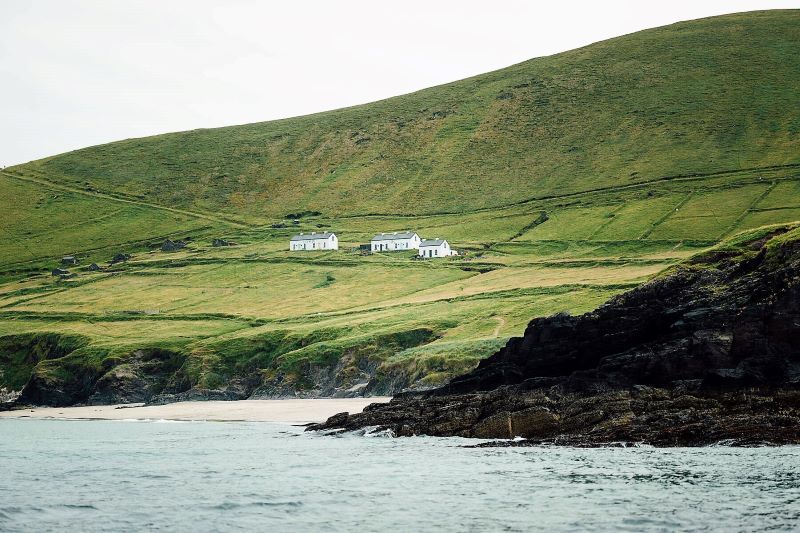 A Kerryman article from the day sums it up best: “The Atlantic, which dominates the lives of the Blasket Island people, asserted its supremacy on Tuesday, the day appointed by the Irish Land Commission to have this community of twenty-two people and their furniture transferred over the Sound to four newly-built cottages at Dunquin with three acres of arable land attached.”

The remaining residents, from families by the names of Dunleavy, O’Sullivan, Guiheen and Keane, were to be moved to new homes – cottages at Dunquin on the Dingle Peninsula. They were waiting on the shore with their furniture and belongings, but the waves were so dangerous that they had to leave everything except for a chair and two boxes behind.

An officer from the Irish Land Commission present for the evacuation, Dan O’Brien, told The Kerryman, “The islanders were all ready to depart. All household furniture was packed. They realized that there was no future for them on the Blasket. They signed the necessary forms. They can return to the island in good weather to look after their sheep.” 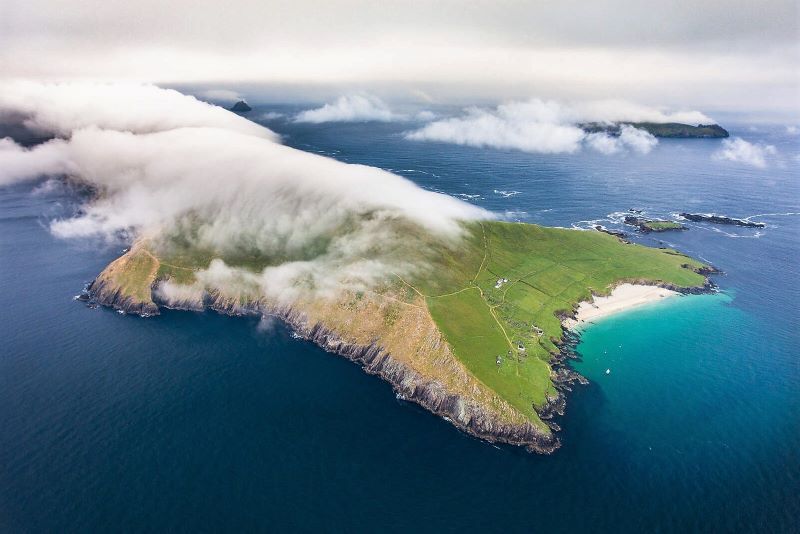 The anniversary of the evacuation was marked two years ago as part of The Gathering. Micheal O Cearna (Michael Carney), then 93 and the oldest surviving Blasket Islander, made the journey from his home in Springfield, Massachusetts to mark the occasion. He also released his memoir, “From The Great Blasket To America - The Last Memoir by an Islander,” the first English-language addition to the Blasket Islanders’ rich literary history.

At the time he told IrishCentral, "It's the most beautiful place on Earth, but the best thing about it was the people. We had no court, no doctor, no nurse, and no priest, but we didn't need them, because we had the best community you could imagine."

For those interested in the Blasket Islands, the Great Blasket Centre in Dunquin offers a rich account of the islands’ history and culture. Weather permitting, ferries also take visitors around the islands during the summer months.

Have you ever visited The Blasket Islands? Share your experience in the comments