Now, for a few short days, the island will once again ring with the sound of laughter and the area’s native Irish language. 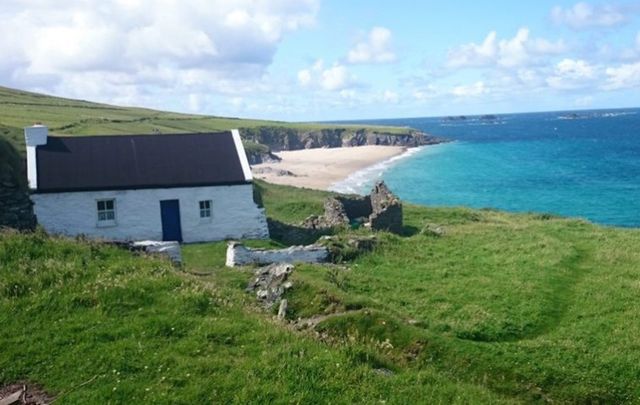 A beautiful shot taken on the Blasket Islands, off County Kerry.

The Great Blasket Island, deserted over 60 years ago, will come alive again this September when it hosts a unique summer school.

For much of the past 60 years the six Blasket islands, which are jut a few miles off the Dingle Peninsula on Ireland’s Wild Atlantic Way, have been left alone for wildlife.

Now, for a few short days, the island will once again ring with the sound of laughter and the area’s native Irish language.

Dúisigh do Dhúchas (Awaken your Heritage) is organizing a retreat on the island from September 8-11 which will allow visitors to relax in one of the most beautiful and unspoilt parts of Ireland.

Participants can avail of yoga, hurling, poetry-writing classes, excursions to forage for wild food and birdwatching all through the Irish language.

A standard ticket cost $270 and organizers say the experience will, “awaken your heritage through cultural, practical and spiritual activities” and will suit anyone with a basic level of Irish.

Nowadays the island is a conservation area, famed for its teeming bird-life and thousand-strong population of seals, but for many the Great Blasket is best known for its writers; no single parish in Ireland added more to the canon of Gaelic literature than the Great Blasket.

But in 1953 this unique community was extinguished for good when each and every islander was rowed ashore and given keys to new houses on the mainland.

Life on the island had become increasingly unsustainable: where once 176  hardy souls scratched a living from the land and the surrounding seas by 1953 that number had dwindled to 21.

The twin reasons were remoteness and the ancient Irish curse of emigration. Between 1930 and the evacuation two decades later only two weddings had taken place on the island and in 1941 the Great Blasket’s school shuttered for good.

In 1947 ten days of severe weather left the island cut off from the mainland, the whipping wind preventing even basic supplies from reaching them. A young man called Seáinín Ó Ceárna contracted meningitis and he passed away before a doctor could reach him to treat him or a priest could arrive to administer last rites.

For many islanders that was the final straw. Most were afraid they'd meet the same fate as Ó Ceárna and when the Government offered them new homes and land they accepted.

The last Blasket islander, Micheál Ó Ceárna (brother of Seáinín) immigrated to Springfield, Massachusetts where he died in 2015 at the age of 94.

He’d left the island for America in 1948 but returned frequently to visit.

"It's the most beautiful place on Earth, but the best thing about it was the people. We had no court, no doctor, no nurse and no priest, but we didn't need them, because we had the best community you could imagine," he told IrishCentral on one such occasion.

Today memories of the islanders are kept alive by Ionad an Bhlascaoid Mhóir – The Blasket Centre in nearby Dún Chaoin. Visitors learn through photographs, videos and extracts from the islanders’ books about their lives on the periphery of Europe.

Here's a short documentary on the last Blasket Islander, made in 2013: