Irish Royal Navy pilot, Edmund Seymour Burke, was thought to be lost forever until he was reunited with family and given a hero's funeral. 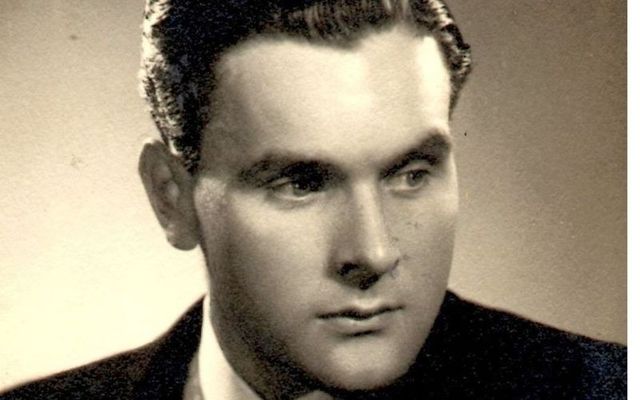 Edmund Seymour Burke's went missing after his plane went down off the coast of Norway during the Second World War and his final resting place remained a mystery. Until recently.

When Irish fighter pilot Edmund Seymour Burke's plane went down near Norway during the Second World War, his family had no idea what happened to him. They knew he had died in the war but, until recently, knew very little else about their eldest-born son's final chapter.

Based on the HMS Furious, off Norway, as a Royal Navy Volunteer Reserve, Burke helped protect Russian ships from Nazi attacks as they brought food and military supplies through the Baltic Sea in the early years of the war.

The Nazis had established several naval bases in the nearby Norwegian fjords, making any rescue attempts impossible when sub-lieutenant Burke and his co-pilot, leading airman James Beardsley, went down on July 30, 1941.

Even though the two men were seen getting into a dingy, the crew on the HMS Furious were forced to leave them for dead due to the presence of Nazi planes and submarines, and that was the end of their story for decades.

In 2017, however, a Russian journalist told staff at the British Consulate in Moscow that he had come across two unmarked graves on the Rybachy Peninsula in Northern Russia.

The graves simply noted that "two unknown English airmen" had been buried there, so the Consulate and the Joint Casualty and Compassionate Centre (JCCC) set about identifying the two airmen.

After much painstaking research, they eventually concluded that the two graves could belong to no one other than leading airman Beardsley and sub-lieutenant Burke.

The two young pilots had seemingly drifted along the coast of Norway before their dingy beached in Rybachy - a bleak and desolate peninsula jutting out from the northernmost part of continental European Russia.

Nomadic travelers on the peninsula reportedly found the men's dead bodies in the dingy when it washed ashore. Despite pitching into the sea in the middle of summer, conditions were still bitterly cold and the two young pilots are thought to have died from hypothermia.

Now that the Consulate and the JCCC had put names to the two unmarked graves in this barren corner of Russia, the next task was to find the men's relatives, however distant they may be. The Ministry of Defence and the JCCC were holding a re-dedication ceremony at Lee-on-Solent in south England in August 2017 to commemorate the two airmen and were hopeful that some descendants could represent Burke and Beardsley.

The JCCC placed an advert in Dublin People - a local paper based in the Irish capital - to find the long-lost relatives of Dublin-born Edmund Seymour Burke, and the story was ultimately picked up by the Ryan Tubridy Show - a popular morning radio show on RTÉ. The JCCC struck gold.

Maureen Hayes, whose mother was Burke's maternal first cousin, heard the JCCC's plea on the Ryan Tubridy Show and came forward as one of Burke's relatives.

Hayes told IrishCentral that she had heard stories of Burke growing up and that she knew he had died during the war but said that she didn't know any more of his story.

"Even his mother and father didn't know how died. They never knew anything other than the fact that he was shot down," Hayes said.

Hayes attended the re-dedication ceremony in Lee-on-Solent, near Portsmouth, and said that the service helped to bring closure.

"They had never been properly commemorated, so it was lovely," she said.

Meanwhile, Finders International, a  genealogy company that tracks down long-lost heirs and beneficiaries. also heard the JCCC's plea on the Ryan Tubridy Show and set about locating Burke's relatives.

Maeve Mullin, a senior researcher at Finders International, tracked down Robbie Fry - one of Burke's relatives on his father's side.

Fry's father was Burke's first cousin and he had learned about the airman from very old family photographs.

Fry told IrishCentral that three of Burke's first cousins were still alive when his body was discovered and that he had to ring each of them to tell them the news. He said that all three cousins were naturally surprised when he told them the news.

"It was almost like hearing the news again for them," Fry said.

Fry didn't attend the ceremony in Lee-on-Solent, but he did inform Andrew Furlong - a distant relative of his - who subsequently attended a special ceremony at the Vaida Bay Military Cemetery on the Rybachy Peninsula, where Burke and Beardsley are buried. 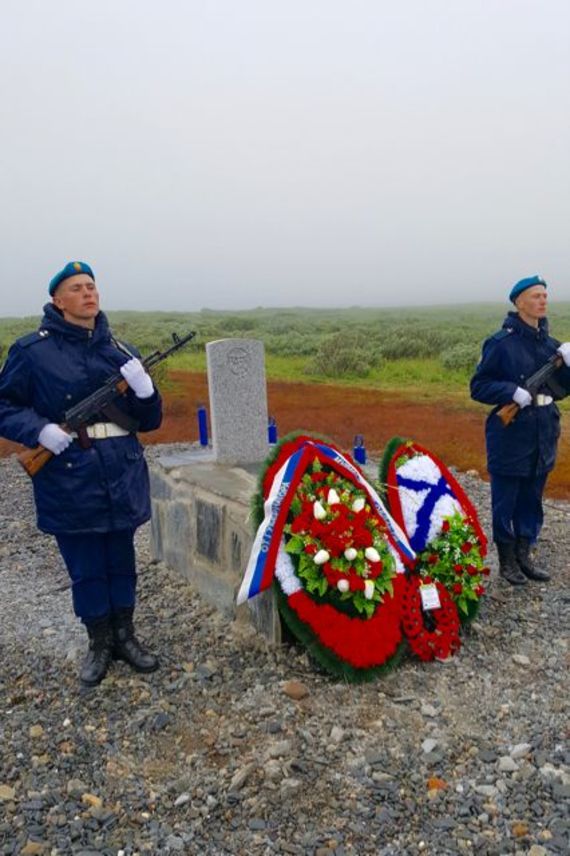 Furlong said that there were about 50 Russian airmen buried in the cemetery who were shot down during the Second World War and that the whole cemetery was revamped in 2017. Consequently, a Russian Orthodox priest blessed the graves of the Russian servicemen, while a British Navy chaplain flew out to bless the graves of Burke and Beardsley during the service four years ago. 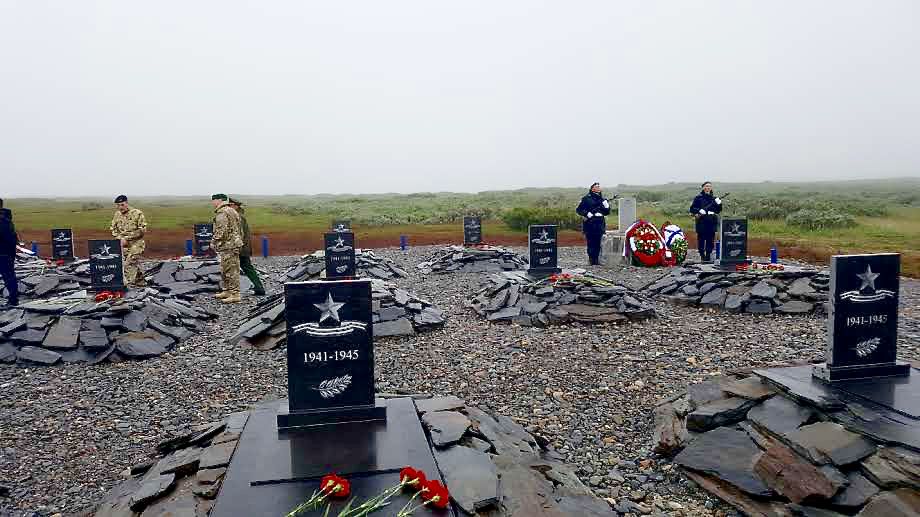 Furlong has conducted extensive research into Burke's life and revealed that the airman wished to become an actor when the war was over. He studied at Pembroke College in Oxford prior to the outbreak of the Second World War, but his acting ambitions were put on hold when he signed up to fight the Nazis.

In a cruel twist of fate, Ian Campbell Burke, Burke's younger brother, was shot down and killed while returning from a bombing raid over Germany just two months after Edmund Seymour Burke went missing off the coast of Norway.

Nevertheless, the Burke family has finally found closure after Edmund Seymour Burke's remains were found tucked away in a remote and desolate corner of Russia seven decades after he disappeared.