Irishman is now sole survivor of WWII's Battle of Britain

A 100-year-old Irish Second World War veteran is now the last surviving Allied fighter pilot from the Battle of Britain. John Hemingway fought with the Royal Air Force along with 3,000 men who British Prime Minister Winston Churchill referred to as "the few". 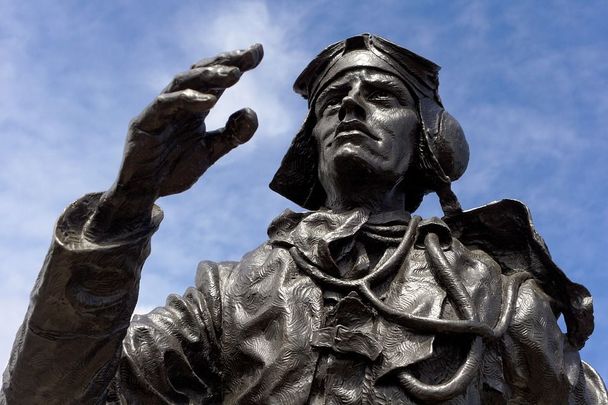 Churchill's "Few": A statue dedicated to the RAF pilots who fought in the Battle of Britain. Pixabay

A 100-year-old Irish Second World War veteran is now the last surviving Allied fighter pilot from the Battle of Britain.

John Hemingway fought with the Royal Air Force along with 3,000 men who British Prime Minister Winston Churchill referred to as "the few."

Churchill said in his famous August 1940 speech: "Never in the field of human conflict was so much owed by so many to so few."

Hemingway was one of 36 Irish pilots to fight in the Battle of Britain with the RAF and he is now the last surviving veteran from that greatly outnumbered airforce.

The RAF confirmed that Flight Lieutenant Terry Clark, 101, died in a Yorkshire care home on V.E. Day, leaving Hemingway as the sole survivor.

Chris Elliot, from the RAF Benevolent Fund, confirmed that Hemingway is the last surviving member of Churchill's "Few".

The Irish veteran is currently living in a South Dublin care home where he was informed of the news of his comrade's passing. He was also told that he is the last survivor from the Battle of Britain. Hemingway offered his condolences to Clark's family.

Hemingway was born in July 1919 and joined the RAF in January 1939, eight months before Germany invaded Poland and started the Second World War.

He flew Hurricanes with the No. 85 Squadron in Debden in the Battle of Britain.

Hemingway's squadron was decimated in the battle and Hemingway was even shot down twice himself in August 1940, according to the Irish Times.

On the first occasion, he was shot down more than 20 miles off the coast of Essex and spent two hours in the water before he was found by a rescue boat.

German tail gunners also critically damaged his aircraft in a battle over Kent and Hemingway plummeted back down to earth from a height of 5,000 meters. Fortunately, he crash-landed in a soft and boggy marsh, which cushioned his descent.

Hemingway was awarded the Distinguished Flying Cross for his bravery during the Battle of Britain around the same time.

However, he later served as a Flight Controller during Operation Overlord when the Allies invaded Normandy in June 1944 and subsequently served as a combat pilot in Northern Italy, where he flew a Spitfire.

He spent the years after the war as a senior officer with the RAF as well as serving with NATO before he retired from the RAF in 1969.

He had three children with his wife Bridget, who died in 1998. He spent several years in Canada with his daughter following his wife's death before finally returning to Ireland in 2011.

He said that his decision to return home was "one of my absolute correct decisions. I was always going to come back."

Hemingway enjoyed a landmark birthday last July when he turned 100 and he told the Irish Times the secret to a long life.

Read more: Brave Irish pilot was one of the few survivors of the Battle of Britain

Watch this British Pathe newsreel footage form 1940 on the Battle of Britain: