John Hemingway was one of the brave Irish men who fought alongside Britain during World War II. 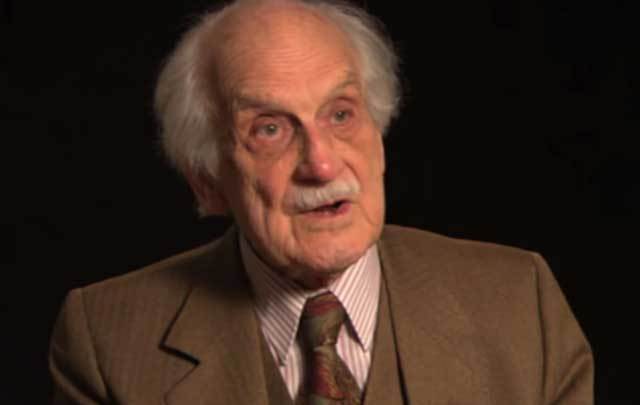 A Battle of Britain Irish veteran who was thought to be dead is, in fact, still alive.

John Hemingway, who grew up in Dublin, is one of the fighter pilots who helped to save Britain from a Nazi invasion during the Battle of Britain in the Second World War.

Hemingway was awarded the Distinguished Flying Cross for bravery after he endured being shot down four times during World War II. Now, the Irish man is one of the last nine surviving Battle of Britain fighter pilots.

Group Captain John Hemingway DFC The last surviving RAF pilot from Ireland to have fought in the Battle of...

The Daily Mail reports that Hemingway was thought to be missing and presumed dead due to the official roll of honor naming the surviving veterans. The mistake has since been amended after the war hero’s nephew got in touch with the Battle of Britain Fighter Association and informed them that Hemingway was still alive and retired in Ireland.

Hemingway and the other eight men are the only survivors of around 3,000 British and allied pilots who heroically defended Britain.

Hemingway, who was born in Dublin in 1919,  joined the RAF in 1938 and was posted to France when war with Germany was declared.

He downed his first enemy plane in May 1940, but then his Hurricane fighter plane was hit by anti-aircraft fire and he had to make a forced landing. It was the first of four times that he would be shot down during the war.

He continued to serve in the RAF after the war until he retired as a group captain in September 1969. His other post-war RAF jobs included stints at Nato in Paris and the Air Ministry, the Daily Mail reports.

His son, Brian, 66, said: “He's not particularly interested in the past. Like so many of his generation, he doesn't feel as though he did anything special.

“But he likes the idea he's one of the last nine and he's tickled by the fact that he's the last known Irishman to have fought in the Battle of Britain.

“He's loved and he's not forgotten and that's the way he likes it.”

Hemingway is understood to be living a quiet life in a retirement home outside of Dublin.

You can listen to John Hemingway discussing his experience more here, courtesy of Zampano Productions: