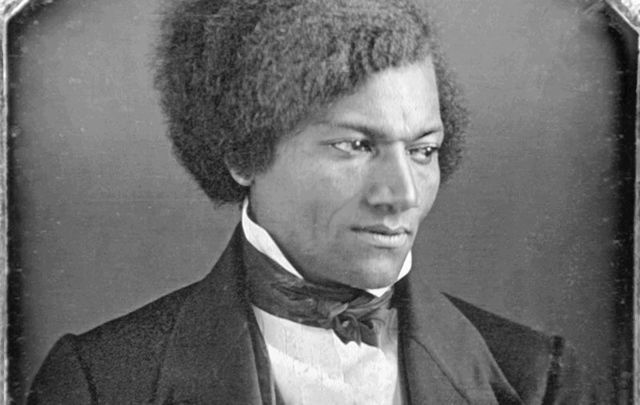 Frederick Douglass pictured at around the same time he visited Ireland in the 1840s. Public Domain

Douglass Week, which commemorates Douglass's arrival in Ireland in 1845 and 1846, is an all-island collaborative event series running from Monday, Feb. 8, until Sunday, Feb. 14.

The events celebrate Douglass's journey across Ireland where he lectured packed audiences and met with Daniel O'Connell, an Irish political leader who fought for Catholic Emancipation in the 1800s.

The festival will have a special focus on County Cork, where Douglass gave a series of anti-slavery lectures in 1845.

Douglass Week will feature a variety of free performative events, lectures, musical performances, and panel discussions, which all take place virtually due to the COVID-19 pandemic.

The series of events will kick-off at 2 p.m. on Monday with a panel discussion about race in Ireland, America, and Scotland, while the highlight of Monday night's events will take place at 7 p.m. with a "Frederick Douglass/Daniel O'Connell Address" given by Bryan Stevenson.

A roundtable with actors Roger Guenveur Smith and Hamilton's Paul Oakley Stovall will take place at 8:30 p.m. on Tuesday, Feb. 9, followed by a live performance by Smith of his play "Frederick Douglass NOW".

At 8 p.m. on Wednesday, Hamilton stars Paul Oakley Stovall and Nikhil Saboo will join Grammy-award winning songwriter Marcus Hummon and many others for a "Musical Evening to Commemorate Douglass".

On Friday, meanwhile, a selection of Irish and American poets will read work about and inspired by Douglass in a live event starting at 8 p.m. The event will also include the announcement of the Douglass Week Poetry Competition, with the winning poem set to be read by Roger Guenveur Smith.

The closing event of the festival will take place on Sunday night, featuring appearances from prominent female politicians and advocates on both sides of the Atlantic. Former President of Ireland Mary Robinson, Douglass descendant Nettie Washington Douglass, and Lord Mayor of Dublin Hazel Chu will all take part in "Our Strong Women", kicking off at 8 p.m. on Sunday.

To see a full schedule of next week's events, click here.