US Slavery abolitionist Frederick Douglass's stay in Cork 175 years ago

Where did Frederick Douglass visit during his 1845 visit to Cork? 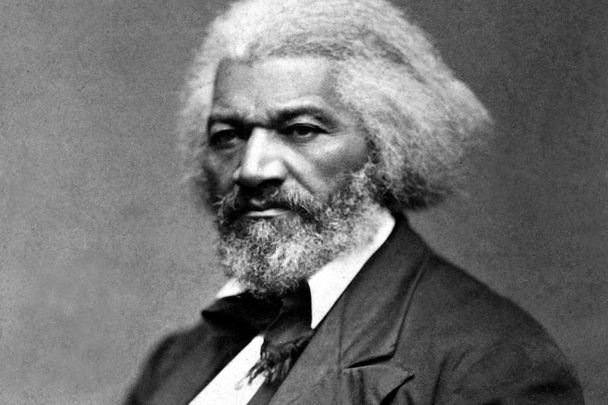 Frederick Douglass had just published his autobiography "Narrative of an American Slave" and was on a speaking tour of Ireland and British.

Frederick Douglass was born a slave, in 1818, on a Maryland plantation but escaped his bondage and spent the rest of his life fighting for the abolition of slavery and for social reform.

Douglass stayed with the Jennings family in Cork. They were a Unitarian family famous on Leeside for their Jennings Soda Water. They lived in a fine dwelling on Brown Street which today sadly no longer stands. In its place is the Paul Street car park!

Thomas Jennings and his daughter Isobel, along with Lord Mayor Richard Dowden and Quaker Billy Martin, accompanied Douglass throughout his stay in Cork where he met and befriended the "Apostle of Temperance" Fr Theobald Matthew.

Douglass delivered a series of lectures during his time on Leeside. Each one attracted massive crowds which overflowed at the venues. 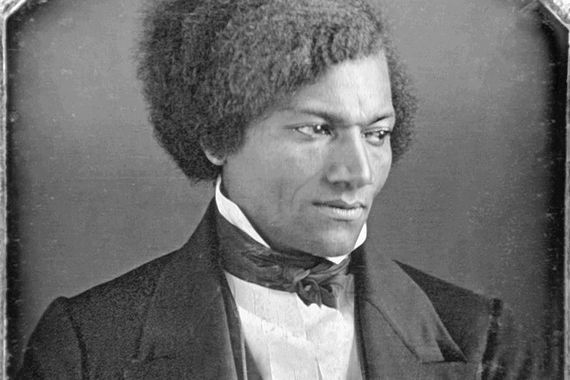 On October 12th Douglass attended the Temperance Festival on Academy Street and the next day he went to a temperance meeting. On the morning of October 14th Douglass gave a breakfast talk and later that evening at the Court House on Washington Street he delivered a two-hour lecture.

Douglass delivered a lecture to an overcrowded Wesleyan Church on St Patrick Street on October 17th and on October 20th he gave a talk at Fr Mathew's Temperance Institute on Academy Street titled "temperance and slavery."

On October 21st Douglass attended the Temperance Institute again and on October 23rd he gave a talk called "American prejudice against colour" at the Imperial Hotel on South Mall. The visit of the famed orator to the hotel was marked in 2012 with a large oval plaque.

On October 28th Douglass gave a talk again at the Temperance Institute and a talk at the Oliver Plunket street Independent Chapel on November 3rd.

Douglass was captivated by Fr Mathew and his temperance society, so much so that he took the pledge from Fr Mathew at his temperance institute. The two men became great friends but, unfortunately, the friendship soured in 1849 when Fr Mathew failed to openly denounce slavery while on a speaking tour of the United States.

After his three week stay in the rebel county, the Lord Mayor presented Douglass with a gold signet ring on behalf of the people of Cork. Douglass was very moved by this gift, stating that it was the first piece of jewellery he ever owned.

On October 25th 1845, a great soiree was held for Douglass at St Patrick's Hall in the Imperial Hotel. At the event, local bard Daniel Casey sang a ballad he composed in the visitor's honour. "Cead Mile Failte to the Stranger" sung to the air of Old Dan Tucker. The chorus went - "Cead mile failte to the stranger, free from bondage, chains and danger."

The visit of Douglass to Cork crossed religious and class divides. He appeared at venues of all denominations and those who crammed into those venues to see and hear the great orator came from all classes and creed.

Douglass would later write how his visit to Ireland made him feel like a free man at last but, his journey to get there was not exactly smooth sailing. As he boarded The Cambria ship in Boston for his trip across the ocean he was informed that his first-class ticket was for white passengers only and he was demoted down to steerage. Onboard he befriended an Irish soldier called Thomas Gough who came to his aid when a racist mob tried to throw him overboard halfway across the Atlantic!

Fifty years after his visit to Cork Frederick Douglass died on February 20th 1895. On the little finger of his right hand, he still wore the ring gifted to him from Cork and Daniel Casey's handwritten ballad was found in pristine condition among his personal papers.

His time in Ireland was not forgotten and he held great affection for the country which provided him with the respect he yearned for in his own native land.

During his Irish visit, Frederick Douglass wrote: "I am covered with the soft grey fog of the emerald isle. I breath, and lo! The chattel becomes a man."