The petition, launched on Change.org, is calling on the Cork City Council to change the name of a street named after a British Royal and rename it after Douglass. 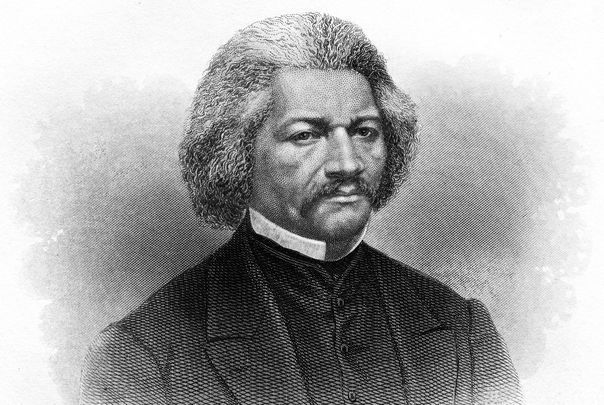 A petition to rename a Cork street after 19th Century abolitionist and former slave Frederick Douglass has gained more than 2,000 signatures.

The petition, launched on Change.org, is calling on the Cork City Council to change the name of a street named after a British Royal and rename it after Douglass.

The petition notes that there are a number of Cork City streets named after British royals and members of the colonial administration, like Wellington Road and Albert Quay.

It argues that renaming a street after Douglass would send a powerful message of the city's commitment to the struggle against racism as Black Lives Matter protests take place across the world.

Douglass visited Cork for three weeks in 1845 during a tour of Ireland and gave numerous public speeches against slavery.

"Cork is a vibrant and increasingly diverse city with a rich and complex history," the petition says.

"Given our city’s past as both an economic beneficiary of the slave trade and a centre for abolitionist activism, we feel it is time for our City Council to accord due recognition to the freed slave and hero of the anti-slavery cause, Frederick Douglass."

It's high time that #Cork dedicates a street to the abolitionist hero Frederick Douglass, who spoke in the city in 1845. Surely we could sacrifice one of our many streets dedicated to British royals and colonial officials. If you'd be interested in a campaign on this, let me know https://t.co/cs9HeL8ogg

Douglass was born into slavery in Maryland in the early 1800s. In 1838, at the age of about 20, he escaped from captivity in Maryland and reached an abolitionist slave house in New York City.

He would go on to become the leader of the abolitionist movement in Massachusetts and New York, campaigning against slavery and segregation in America.

Douglass wrote that he was amazed by Ireland's lack of prejudice and racial discrimination during his tour there from 1845-1847.

"I employ a cab - I am seated beside white people - I reach the hotel - I enter the same door - I am shown into the same parlour - I dine at the same table - and no one is offended ... I find myself regarded and treated at every turn with the kindness and deference paid to white people. When I go to church, I am met by no upturned nose," Douglass wrote in his autobiography "My Bondage and My Freedom."

Douglass spent a total of two years in Ireland and Britain, giving speeches in churches across both nations.

While in Ireland, Douglas befriended and was inspired by Daniel O'Connell, who was a staunch anti-slavery campaigner.

"I confess, I have never heard one, by whom I was more completely captivated than by Mr O’Connell," Douglass wrote in a letter.

What do you think? Should a Cork City street be named after Douglass? Let us know in the comments.