Born in Ireland in 1958, William Enright found out that he was adopted at the age of 23 just as he was about to leave Ireland to pursue a doctoral degree at Michigan State University. 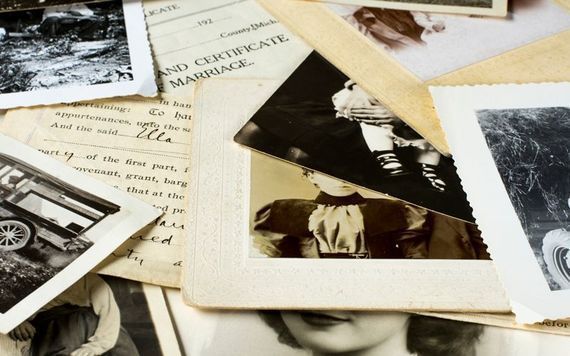 An Irishman living in Canada discovered that he was one of a few hundred babies that were illegally adopted in the 1950s and 1960s after taking a DNA test several years ago.

Born in Ireland in 1958, William Enright found out that he was adopted at the age of 23 just as he was about to leave Ireland to pursue a doctoral degree at Michigan State University.

However, Enright said he "never thought about looking for his biological mother and father" at the time and told his adopted father that he was grateful that he had been adopted by "decent loving people".

Things changed in 2014 after he had retired from his job as an animal scientist and moved to Eganville in Canada. There, Enright became involved in a number of community projects and attended an Ancestry presentation at an Eganville & District Seniors (EDS) meeting.

"I found myself wondering if I was even Irish in origin," Enright told the Eganville Leader.

Enright purchased a DNA testing kit and registered on the Ancestry website using a pseudonym. He sent off a sample of his saliva and found out two months later that he was of 99% Irish origin, with most of his DNA originating from Galway, Mayo, and Roscommon.

Enright had not read the fine print, however, and received emails in 2016 from biological relatives that had been contacted by Ancestry.com.

At first, Enright decided to "let sleeping dogs lie" and ignore the emails, having heard bad stories of people reuniting with their biological families.

Three years later, while on a trip to Kenya, Enright received a call from the Irish Child and Family Agency Tusla, who told him that he was likely one of a few hundred babies who were adopted illegally via St. Patrick's Guild and Dr. Eamon de Valera, a prominent gynecologist and the third son of former Irish President Eamon de Valera.

Tusla had no concrete information about his adoption, but Enright was soon 99% sure that his birth parents were Eileen Riordan and Arthur Hanley, both from Claremorris in County Mayo. Both had been dead for over 20 years.

Enright discovered a number of long-lost relatives, including cousins and uncles, but his biggest surprise came in the form of two half-brothers, one from each paternal side.

They men, who nothing about an older brother, were shocked by the discovery but eager to welcome him into the family.

The three men met via Zoom in October 2020 and quickly exchanged information about their lives and upbringings.

They remained in touch over the next 18 months, although Enright was unable to see them in person as Covid-19 restrictions prevented him from making his bi-annual visit to Ireland.

However, Brian, Gerard, and their families traveled from Ireland to Canada on April 6, 2022, to finally meet their long-lost half-brother.

"It was as if we had all seen each other yesterday," said Brian's wife Sinead.

Gerard's wife Nina remarked that everything felt "comfortable and natural".

"You get to know each other pretty well when 12 people spend a week together in the same house."

Enright remarked that the discovery of his half-brothers and their subsequent visit to Canada was the "best Easter present" he could have ever imagined, adding that he is "convinced" that all of their parents are looking down from above delighted that "this circle of life has been completed".

Irish ancestors of Kennedy, Reagan, Obama, and Biden emigrated within 10 years of each other