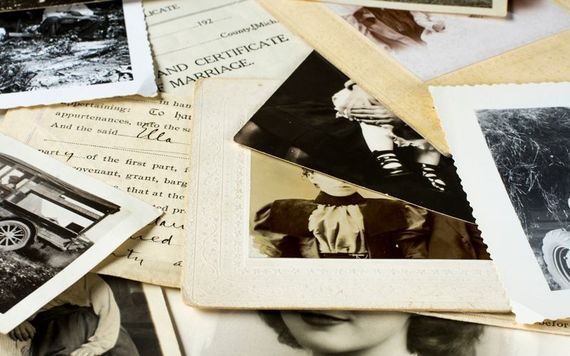 Susan Burritt, a Chicago South Side resident, recently wrote to the Chicago Tribune after another reader, who thought he was Irish, had found out otherwise through a DNA test. It turned out she had the exact same experience except in reverse

She found out she was adopted and was actually Irish not Polish, as she had been brought up to believe. Her mother went to her grave and never told her she was adopted, she says.

She had the best of all responses–she just went with it.

Here is her letter, as published in the Chicago Tribune.

“My Ancestry.com results are in: I’m Irish. A whopping 72% from Ireland and 26% from Scotland. The remaining 2% is from England and an extremely tiny squiggle of coast in Northwestern Europe, but I understand a real Irish person never mentions that. So, Irish it is.

So what’s the big deal here for a White Sox fan from the Southwest Side? It fits, no? Not if you were raised by second-generation Polish parents with a mother who died never mentioning you were adopted. But that worked out just fine for me.

To this day, I consider golumpki the undisputed world-champion comfort food. Plus, who can resist kolaczki, except for the prune ones, or paczki, everyone’s favorite any time of year, not just on Fat Tuesday? Although everyone in my family calls paczki fry cakes or jelly doughnuts, including those relatives who owned a Polish bakery in a Polish neighborhood for a couple of generations.

So now I’m learning to be Irish. Bought a bottle of Jameson. Tried Guinness. Read Timothy Egan’s “The Immortal Irishman.” Immersed myself in the 24-part video lecture series “The Celtic World.” Even bought raffle tickets from the Irish American Heritage Center. I have also become addicted to Innisfree perfume. Learned about the poem “The Lake Isle of Innisfree” by William Butler Yeats and found out that Innisfree is a real place! It’s an uninhabited island within Lough Gill in Ireland.

I forgot to mention that along with the DNA results came a full-blooded Irish sister and brother, as well as about 100 other “close” relatives who all live within 10 minutes of each other in central Massachusetts, who had no clue that I existed. But that’s another story.

….. I have..been given a magical, mystical gift. Let’s embrace this fabulous moment to treasure what has made us who we are and the journey that has only just begun. How about if I send you my recipe for golumpki and you send me your Irish soda bread recipe?