Controversies that have surrounded the St. Patrick’s Day parade in New York

The New York St. Patrick's Day Parade has had its fair share of controversy in the course of its 255-year history. 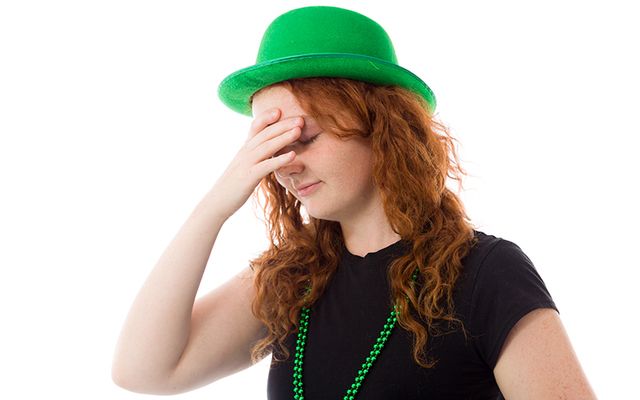 The New York St. Patrick's Day Parade has had its fair share of controversy in the course of its 255-year history. iStock

The St Patrick's Day parade in New York has banned many people in its time, even RFK! Find out why he and others were asked not to walk down Fifth Avenue on March 17.

If you think the debate about allowing an LGBT group to march in the parade—an event which finally happened in 2015—is the first major controversy surrounding the New York St. Patrick’s Day parade, think again. It has always had its fair share of disputes and as the first St. Patrick's Day parade to ever come into existence, it's certainly kept us entertained as much on March 17 as it has in the debates leading up to it.

Here's a look at some of the many times people have been banned or the parade has been disrupted over its 255-year history:

1. Senator Robert Kennedy was barred from taking part in the parade in 1967 by then Parade Chairman Judge James J. Comerford for “politicking.”

2. Comerford also banned Brendan Behan for “being a common drunk” in 1961. Behan shot back and said he had a new theory about snakes. “When St.Patrick drove them out of Ireland they all came to New York and became judges.”

3. Bernadette Devlin was also barred by Comerford as were the Berrigan brothers, both priests, because of their anti-Vietnam war stances.

4. Comerford barred writer Jimmy Breslin after the famous green line was painted part orange overnight one year and Comerford stated Jimmy Breslin the columnist had two guys do it, “In order to get something to write about.” Comerford was a busy guy.

5. During the Northern Troubles, the Irish government representatives would leave the reviewing stand when the IRA support group Irish Northern Aid marched past.

6. In 1966 a councilman named Woodward Kingman introduced a bill calling for the parade to be moved off Fifth Avenue or confined to Sunday. Comerford organized a political campaign against him and he later lost his seat.

7. Early Irish settlers to the American colonies, many of whom were indentured servants, brought the Irish tradition of celebrating St. Patrick’s feast day to America. The first recorded St. Patrick’s Day parade was held not in Ireland but in New York City in 1762 when a group of Irish soldiers in the British Army marched. Their superiors were not pleased. This has lately been contested, however, by St. Augustine in Florida who believe they have found evidence to suggest they were the first in the world to hold a St Patrick's Day parade.

8. There has been violence over the years but nothing like when 62 Catholics were killed in the New York Orange riots in 1871 when Irish Catholics protested Orangemen parading through their neighborhoods on July 12 and police militia opened fire on them.

9. Women were never allowed to be Grand Marshal until 66-year-old Dorothy Hayden Cudahy, a traffic warden and radio host, was chosen in 1989 ending a 229-year ban. There have been several since, including Maureen O’Hara and Mary Higgins Clark.

10. The Long Green Line painted up Fifth Avenue was briefly discontinued in the 1960s when other ethnic groups objected saying they were not able to do the same for their parades.

Have you ever been to the St Patrick's Day parade in New York? Tell us about the celebrations in the comments section, below.