The murder of 15-year-old Ellen Scanlan - the Colleen Bawn - at the request of her older husband in 1819 is one of Ireland's most haunting crimes. 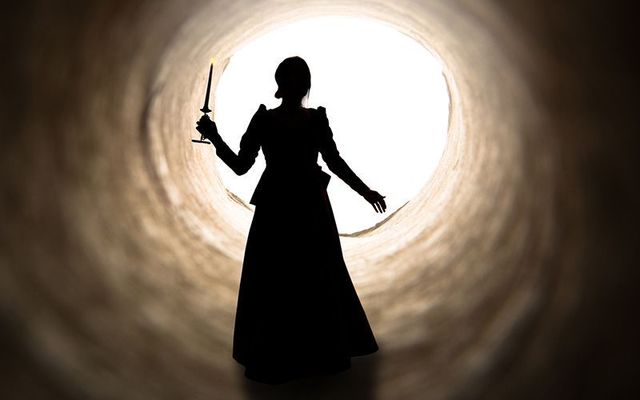 The story of Colleen Bawn. Getty

The story is shocking. The murder of young Ellen Scanlan at the request of her husband is still to this day one of Ireland's most talked-about crimes.

The gruesome true tale tells of the poor Ellen Scanlan (nee Hanley), who was only 15 years old when she was murdered in 1819. She has since become known as the "Colleen Bawn," an anglicized spelling of "Cailín Bán" meaning the "pure/innocent girl."

Ellen was known for being a beauty that would turn heads everywhere she went, with a friendly and joyous disposition that made all those who met her instantly warm to her. Her father was a Co Limerick farmer and her mother died when Ellen was a child, so Ellen was brought up by her uncle John Connery.

Just shy of 16 years old, she met John Shanley, of the Ballykehan House, near Ruff in Co Limerick, who was in his twenties. Despite her reservations about his higher station in the world compared to her own, he convinced her to marry him. The two eloped from the home of her uncle in early July 1819.

Tiring of his wife - organizing her murder

Her happiness was not to last, however. Shanley claimed that he wasn't concerned about his family's refusal to accept Scanlan, but he also began to "tire" of his wife and ultimately persuaded his servant Stephen Sullivan to kill her.

Sullivan took her out on the River Shannon near Kilrush, Co Clare, where he killed her with a musket, stripped her, and dumped her body in the river, tied to a stone.

Both men had fled, but Scanlan was found first and arrested for murder.

The famous barrister Daniel O'Connell, generally known as the Great Emancipator for his work to win the vote for Catholics in Ireland despite himself being Protestant, defended Scanlan at his trial.

Despite being of a higher social class than his dead wife, Scanlan was still found guilty, and sentenced to death. He was hanged at Gallows Green, the place of execution on the Clare side of the Shannon.

Ellen's death has since been the inspiration for novels, plays, and operas, including this silent film from 1911, thankfully now restored by the Irish Film Institute and Trinity College Dublin:

Ellen is buried in Burrane cemetery near Kilrush, Co. Clare but the headstone over her grave has now vanished, as souvenir hunters gradually chipped off piece after piece over the past 200 years.

Her headstone - in the shape of a cross - once read:

Murdered on the Shannon,