Sent to Australia for stealing shoes, Alexander Pearce would later be hanged as a murderer and cannibal. 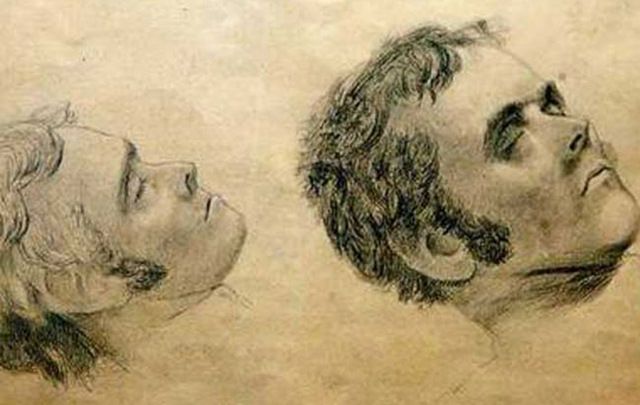 Sketches of the face of Alexander Pearce after his execution by Thomas Bock. Public Domain

In the run-up to Halloween, we could resist this true-life horror tale of Alexander Pearce, an Irish convict in Australia turned cannibal.

In 1819, Alexander Pearce, an Irishman born in 1790, was sent to Australia for stealing six pairs of shoes. He was sentenced to serve seven years on Van Diemen’s Land, now known as Tasmania.

Pearce escaped in 1822 but was recaptured and sent to the harsher penal settlement of Sarah Island in Macquarie Harbor, reports StrangeRemains.com.

Later that same year, Pearce and seven other convicts escaped and got lost in the bush. Three men dropped out and decamped. After 15 days without food, the party began to kill and eat each other. Pearce was the only survivor.

"The men were subjected to both physical and psychological horror and it goes as far as being flogged for looking at a prison officer or talking out of turn," Niall Fulton, who wrote the 2008 documentary "The Last Confession of Alexander Pearce," told ABC.net.au.

"The whole notion of hunger is explored in the film and Pearce condemned himself by using by using the phrase, 'No man knows what hunger will make him do,'" he said.

"And I think the overarching theme in the story is that question. Unless you're in that situation and you've suffered the barbarity of what Pearce suffered then you can't begin to fathom what he went through."

After being free for over 100 days, Pearce was later captured. The authorities did not believe his stories of cannibalism and thought the others were still living as bushrangers.

Pearce would escape a second time with a young convict neared Thomas Cox. Ten days later, Pearce was captured, with parts of Cox’s body in his pockets.

He was tried and convicted of murdering and cannibalizing Cox and was hanged at the Hobart Jail in Tasmania on July 19, 1824.

Here's the full-length "The Last Confession of Alexander Pearce":