Barry Keoghan recently welcomed his son Brando into the world. To mark the occasion and to celebrate the Irish actor's journey to fatherhood, we've planted him an Irish Heritage Tree. 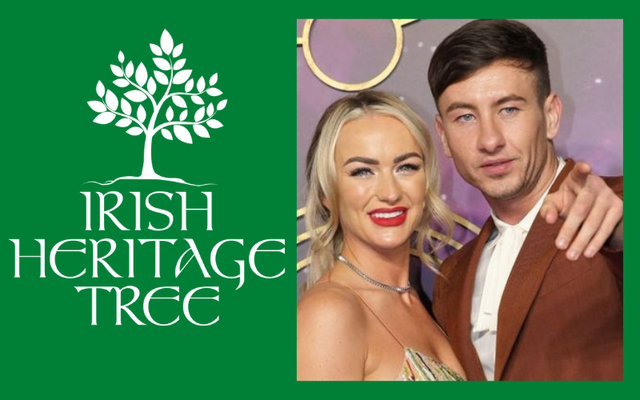 To celebrate the birth of Irish actor Barry Keoghan and his partner Alyson Sandro's first child, IrishCentral has planted a native tree in Ireland to mark the occasion.

Barry Keoghan welcomed his son Brando into the world on August 8, 2022. Today we're taking a look back on the acting career of the first-time dad.

Keoghan grew up in Dublin and had a difficult start in life when his mother tragically passed away from a drug overdose. "Heroin came into Dublin, and it caught every family. My mother was one of the unlucky ones. She got caught on it, then she passed away," he recalled to the Hollywood Reporter.

He and his brother spent seven years in foster care moving to 13 different foster homes in total before his grandmother and aunt became their guardians.

Congratulations Barry and Alyson! To celebrate we've planted them an Irish Heritage Tree.

He found himself taking an interest in acting as a way to earn money and in 2017 he told the Irish Voice, "My story of acting is of acting the maggot... That's what my story is. In any inner city, there's not a lot of opportunities and you really have to dig out and chase what you want to do cos' it's not handed to you, so.

“I grew up in Summerhill in Dublin's inner city and I came across an open audition and they were looking for inner city kids who had not acted. I signed up. I seen there was money. I said, 'I can do that', chancing me arm like. Turned out good.”

Keoghan's first major role that earned him recognition was when he joined the cast of the hugely popular Irish television series, "Love Hate" in 2013. He would go on to feature in the World War II film "Dunkirk" as well as the psychological thriller "The Killing of a Sacred Deer" alongside Colin Farrell and Nicole Kidman. In 2021 he landed a role in the Marvel film "Eternals."

The next project the 29-year-old will be starring in will be Martin McDonagh's "The Banshee of Inisherin" which is expected to hit cinema screens in October 2022.

Keoghan and his partner Alyson reportedly began dating in February 2021 and went red carpet official that October. They shared a photo of the birth of their son Brando on Instagram in August 2022. The name is of Italian origin meaning "sword".