A reaction to two of Ireland's biggest issues - the recent corporate tax hikes and the ongoing demands from mica homeowners for 100% redress. 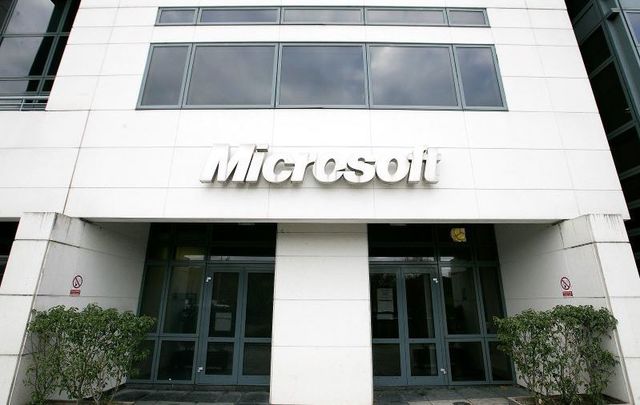 One of the Microsoft Ireland offices in Dublin in 2016. Microsoft is just one of the tech giants who set up in Ireland. RollingNews.ie

Last week, the Irish government blinked in the face of overwhelming international pressure and agreed to increase its base corporation tax rate to 15 percent.

Most commentators have presented this as a positive move towards international solidarity and even suggested that Ireland’s Minister for Finance Paschal Donohoe had won a major victory by getting a word change in the agreed text.

This is baloney. It was a sad day for Ireland and for small nation-states that ceded yet another piece of sovereignty to the altar of globalism. Donohoe has also thrown away an important bargaining chip when it comes to tax changes in Europe which require unanimity.

For decades, Ireland’s campaign to attract significant overseas companies to establish themselves here was based on a guarantee of a low corporation tax rate. The 12.5 percent rate introduced in the late 1990s has had the support of all political parties.

The public has been subjected to relentless positive messaging in support of this rate. It had become totemic of a confident, aggressive, marketing savvy industrial policy led by the IDA, Ireland’s agency tasked with securing foreign investment.

The presentation decks of the IDA executives going into boardrooms across the United States prominently displayed Ireland’s tax advantages. Ireland’s base tax rate of 12.5 percent, the lowest in Europe. Tax credits companies could receive from R&D expenditure. The extremely low rate of tax is attributable to profits on innovations developed in the country. These positives were sold to key business leaders.

But this has now changed. All three of these points are now under threat, and we are asked to accept that our competitive advantage in taxation didn’t really matter after all.

The reality is that absent these key influencing factors, Ireland as an investment base will be a hard sell. Rising inflation, soaring house prices, and threatened power outages does not have the same ring to it.

So, who are the winners in all of this? According to a study from Oxford Economics, the internationally reputable research agency, this deal will leave Ireland as one of the most highly indebted economies in Europe, with the Irish government forced into difficult trade-offs as its high concentration of corporate tax receipts from a few key multinationals make it vulnerable to relocation decisions. The same organization predicted that in Europe the more advanced economies of Germany, France, Italy, and Spain stand to be the main winners from this tax reform.

U.S. Treasury Secretary Janet Yellen made it quite clear where her sights were set in an interview on public radio last week.

“You know, Ireland for instance, for years has managed to attract tech giants, including Apple and Microsoft, companies that expanded their global footprint there because Ireland has charged such low rates. Companies make these big profits, but they don't bring it back to their home countries,” she said.

There you have it. This is not about tax equity; it’s about bringing it home.

While some will celebrate what has happened, it should be remembered that the destruction of sovereignty -- in this case the right of a small nation to tweak its tax rates to be competitive -- is an aggressive act. Like all aggressive acts, it is perpetrated by the strongest on the weakest.

This may not be the last word and the deal still has some way to go before it is set in stone. Let’s hope in Ireland there will be cold, hard questions raised instead of blinkered cheerleading.

The other issue convulsing Ireland in the last week has been the Mica scandal, which is perhaps best described by Donegal County Council as damaged dwellings due to defective concrete building blocks.

Donegal is of course the county most affected by this, but almost 7,000 homes have been badly hit by these substandard building blocks which have been described as “Weetabix bricks” given how easily they disintegrate when exposed to the elements. The cost of remediation is not certain but may reach a total of $3.7 billion when everything is factored in.

But beyond those figures are very real human stories. The stress and strain on individuals is incalculable and for some, it is believed to have been unbearable.

In homes affected, normal routine activities such as painting a wall, replacing a light fixture, or fixing a door have ceased as owners wonder what’s next.

Holidays, third-level education plans, and new purchases are being deferred in the face of the uncertainty of the final cost. Lives are being put on hold at least until a government decision on a remedial scheme is made.

Singer Daniel O’Donnell, a Donegal native, has added his voice to the campaign. Speaking on Newstalk Radio, he pointed out that “the majority of people will only ever build their house once, that’s the home that they will live and maybe many will die in, and that’s where they make their memories. These people’s homes and lives are torn apart by it all.”

While deadlines and false dawns have come and gone, the quest to do right by the affected homeowners has not as yet become an overtly politicized campaign, with politicians from all parties seeking a 100 percent redress scheme.

However, frustration is growing with the government. Had an act of nature caused such destruction it would have been fixed by now. The blame game can wait and the final reckoning as to who should carry the costs is for another day.

Right now the affected homeowners, families, and individuals who have invested time, money, and emotion into their property, need some certainty in their lives, and this is what the Irish government must deliver.

*This column first appeared in the October 13 edition of the weekly Irish Voice newspaper, sister publication to IrishCentral. Michael O'Dowd is brother to Niall O'Dowd, founder of IrishCentral.