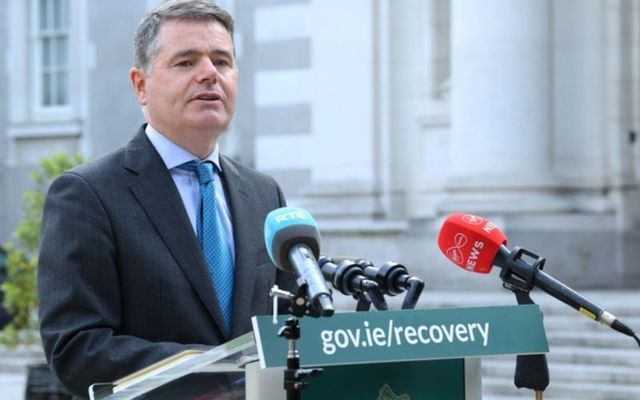 Ireland's corporate tax rate is set to rise 2.5% to 15% for large companies after the Irish Government agreed to sign up to a global deal on corporate tax reform.

Ireland's Minister for Finance Paschal Donohoe said that the Organisation for Economic Co-operation and Development (OECD) deal and the new global corporate tax rate will be implemented by 2023 and will apply to companies with annual revenues in excess of €750 million.

The deal will bring an end to the 12.5% corporate tax rate offered to multinational companies in a bid to bring jobs to Ireland, although the lower tax rate will remain in place for companies with revenues below €750 million.

Ireland will also be able to retain its 12.5% tax rate until the OECD deal is implemented in 2023.

Ireland was among a small number of countries that had yet to sign the deal and had raised concerns over the wording of the deal, which stated that the new global tax rate would be "at least 15%".

However, Donohoe confirmed on Thursday that the Irish Government had ensured the removal of the phrase "at least" before signing up to the OECD deal.

"The agreement provides that the minimum effective rate for multinationals with an annual revenue in excess of €750 million is 15%," Donohoe said in a statement on Thursday.

"We have secured the removal of ‘at least’ in the text. This will provide the critical certainty for Government and industry and will provide the long-term stability and certainty to business in the context of investment decisions."

Donohoe said that it was the "right decision" to sign up to the OECD deal and added that it was made in the "interests of our country".

The Government has accepted my recommendation for Ireland to join the agreement at the @OECD on a new framework for taxing multinational companies.

The deal now provides certainty and strikes the right balance between our tax competitiveness and our broader place in the world https://t.co/gnsHcXg6XO

Tanáiste Leo Varadkar said that the increase in corporate taxes would reduce state revenue by roughly €2 billion per year, according to "existing projections".

However, Varadkar said that there was no way to know for sure how multinational companies would react to the tax increase and said that projections may need to be updated.

The Tanáiste said that Ireland's 12.5% corporate tax rate had been a "huge success" and added that it had played a crucial part in Ireland's industrial policy.

More than 140 countries will sign up to the OECD deal, which aims to tackle the use of aggressive tax planning by large multinational companies.

The deal will affect 56 Irish companies and 1,500 multinational companies based in Ireland employing a combined 500,000 people.

Varadkar said that the retention of the R&D tax credit was crucial and said that the Irish Government wanted to make sure that all countries implement the new 15% tax rate.

The deal has been backed by Irish opposition parties, with People Before Profit describing it as long overdue.

Party leader Richard Boyd Barrett said that it was right that "staggeringly profitable corporations that have been involved in very aggressive tax avoidance strategies should pay a little more in tax".

Sinn Féin President Mary Lou McDonald said that Ireland had to sign up to the deal or be labeled a tax haven and called on the Government to gain an absolute assurance that the 12.5% tax rate will still apply to Irish SMEs, which form the backbone of the Irish economy.