"If Sean O’Brien can channel the energy of Irish labor leaders past, that would be a good thing." 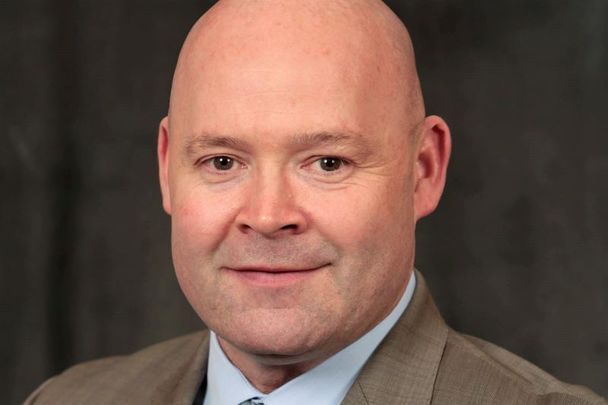 Boston's Sean O'Brien is set to head the International Brotherhood of Teamsters. Teamsters.org

Say, while you guys were digging at a landfill underneath the Pulaski Skyway in Jersey looking for Jimmy Hoffa a few weeks back -- you can’t make this stuff up -- did you happen to find an effective, organized, and energized labor movement for the 21st century?

A couple of years ago, you might recall, we got yet another story about where the onetime labor boss might be buried. Or not. It took over three hours, but Martin Scorsese and his aging pals Bobby DeNiro and Joe Pesci offered their own version of events.

The result was a movie called The Irishman, based on a book written by the titular Hibernian Frank Sheeran, a gangland assassin who claimed to have burned up Hoffa’s remains. Which would make it difficult to find him, no matter where you dig.

Well, the whole Hoffa Irishman crowd was back in the news again this week, though with a different and perhaps far more important Irishman at the center of the story.

There was indeed a recent dig near a Jersey garbage dump.

“The decades-long odyssey to find the remains of Jimmy Hoffa...has turned to land next to a former New Jersey landfill that sits below an elevated highway,” ABC News reported.

The FBI obtained a search warrant to “conduct a site survey underneath the Pulaski Skyway,” said Mara Schneider, a spokesperson for the law enforcement agency based in Detroit.

“On October 25th and 26th, FBI personnel from the Newark and Detroit field offices completed the survey and that data is currently being analyzed,” Schneider added.

At the same time, there was this far more important development.

“The head of a Boston local of the International Brotherhood of Teamsters has been elected the union’s president, making him one of the most influential labor leaders in the nation,” the Boston Herald noted, adding, “The president of Boston Local 25, Sean O’Brien, will now head the union’s nearly 1.4 million members for the next five years. He will assume the presidency in March. He has been a critic of James Hoffa, his predecessor and son of notorious Teamsters leader Jimmy Hoffa, who led the union since 1998 and opted to not seek re-election. O’Brien and his Teamsters United running mates ran on a platform of reform, promising to negotiate better contracts.”

Well, you never know what you're going to find when you start digging around.

And now seems as good a time as any to take some old-school labor organizing skills and mix it with the passion of more recent immigrants and their children who know all too well that the 21st-century economy can be generous, but also ruthless.

O’Brien, the Times adds, “once worked as a rigger, transporting heavy equipment to construction sites,” and “was elected president of a large Boston local in 2006. Within a few years, he appeared to be ensconced in the union’s establishment wing.”

There are a few questionable episodes in O'Brien's past.

In 2013, he was suspended for two weeks without pay after he “threatened members of Teamsters for a Democratic Union, a reform group, who were taking on an ally of his in Rhode Island. “

O’Brien was quoted as saying, “They’ll never be our friends. They need to be punished.”

But before you start digging in landfills, O’Brien did apologize for those comments and now notes that his adversary in the conflict is “a supporter who ran on his slate in the recent election,” according to the Times.

O’Brien’s feud with James Hoffa unfolded a few years later and seems not to have been resolved quite yet.

Either way, American workers are still waiting to figure out the best way to protect their safety and earn a secure and decent wage in an economy dominated by the likes of Amazon and Walmart. If Sean O’Brien can channel the energy of Irish labor leaders past, that would be a good thing.

But maybe keep the shovels close by. Just in case.