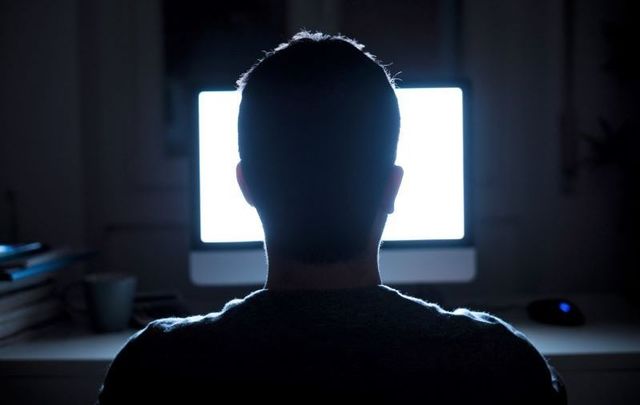 "We’ve kind of been here before, worried about how the latest fads are corrupting our children." Getty Images

I knew things had gotten goofy when I’d watch my kids in their younger days on their iPads -- of course, all four of them each had their own iPad.

“Why don’t you give that thing a rest and watch a movie,” I would say.

Not even read a book. To suggest that would have been like suggesting a flight on a dragon to Mars.

But at least the sustained narrative of a movie was a change of pace. A break from the endless stream of six-second clips of screaming and snarky idiocy they seemed to be consuming.

And that’s just what I could see over their shoulders. Lord knows what they were actually watching!

So I get it when a witness stands before Congress and reveals all the bad things Mark Zuckerberg and his Facebook minions knew about but did anyway. Or should have known about, but were too busy counting their bitcoin or whatever.

Yes, we must especially worry about the children.

Facebook is “definitely harmful to impressionable people, and most young people are impressionable," one expert psychiatrist was quoted as saying. "The time has come to legislate.”

Back in the 1950s, Fredric Wertham was among those so worked up about how comic books were polluting the minds of America’s children that he launched a crusade to regulate Archie, Jughead, and all those other derelicts.

Yes, he even testified in the U.S. Senate. About comic books. Wertham outlined his theories in a spooky book called Seduction of the Innocent.

"I think Hitler was a beginner compared to the comic book industry,” Wertham would later say.

Which is to say, we’ve kind of been here before, worried about how the latest fads are corrupting our children. Which does not mean we should sit back and accept it.

Young girls in particular are made miserable by pressures imposed on social media, we keep hearing. And the only thing worse than facing this terrible fact is the fact that they were previously being made miserable by a whole host of other hyper-capitalist pressures.

But misinformation and rage also managed to flourish in the pre-Facebook days. It’s a wonder any Irish immigrants survived in America, given the lies that were spread about them in what passed for social media 100 or 150 years ago.

From pamphlets and books to magazines and radio, imagine the worst political pollution with which Facebook could choke you. It was said about Irish Catholics.

Immigrant priests and nuns were kidnapping “native Americans” and locking them up in dungeons and forcibly converting them. And when the Famine hit, well, it was nothing to worry about, because it was just God’s way of punishing all those sub-human papists, who, if they were not extinguished, would just come to America and undermine freedom and democracy and probably the profitable slave trade also.

Then a cabal of Jesuits got together and conspired to assassinate Abraham Lincoln, and then conspired to help the assassins escape. Right about then is when they must have gotten to work digging the tunnel connecting the White House to the Vatican. Because it soon became common knowledge that whoever was elected president, he was obviously a secret Catholic. Or his wife was.

Every anti-immigrant group from the 1840s Know-Nothings up to the 1920s KKK presided over its own multi-media empire. And their anti-Irish trash was as common as pizza parlor pedophiles are on Facebook today.