Leave it to the Irish to find a bit of craic in the global Facebook, Instagram, and WhatsApp outage! 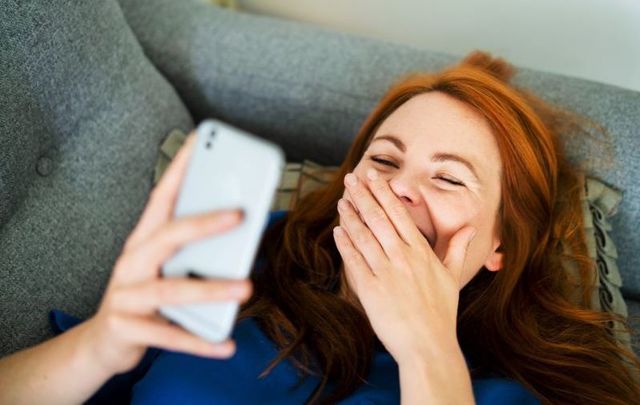 Where were you during the social media outage of 2021? Getty Images

Facebook, Instagram, and Whatsapp sustained a major outage around the world on Monday, October 4 - in case you hadn't heard.

Twitter, of course, was waiting with open arms as the masses flocked to get their social media fix:

Facebook, who owns Instagram and WhatsApp, apologized for the massive outage on Monday night, and noted: "We want to make clear that there was no malicious activity behind this outage — its root cause was a faulty configuration change on our end."

While we're sure things were a bit frantic at FB HQ on Monday, there was plenty of banter to be had on Twitter, especially amongst the Irish. Here are some of the best Irish reactions to Facebook, Instagram, and WhatsApp outages:

This is me trolling, btw.

Doireann Garrihy, an Irish radio presenter, had O'Sullivan in her thoughts:

Blindboy from The Rubberbandits attempted to explain in layman's terms what happened to cause the massive outage:

TLDR. Facebook closed the hotel door with the keycard and its passport inside. Now it is nude in the foyer trying to convince the night porter that its name is Facebook. https://t.co/Dib9JAp2m0

Rob O'Hanrahan, a reporter with Virgin Media News in Ireland, made sure to highlight how Twitter is always ahead of the curve:

Facebook and Instagram down, meaning it will now be June 2023 (rather than June 2022) before today's funny tweets make their way onto your uncle's timeline.

Richard Chambers, a correspondent with Virgin Media News in Ireland, shared this cheeky comment from an Irish politician about WhatsApp being down:

A text (an actual SMS, in the year 2021) from a politician this evening: "Would have been a good evening to hold a Cabinet meeting with WhatsApp out of order."

People you went to school with logging in to their dormant Twitter account now that Instagrams down. pic.twitter.com/UsWkcZB9Px

Some Irish brands made sure to hop on the banter train as well, including Dublin Airport:

Has anyone checked MySpace yet? pic.twitter.com/sHOv9xxY7n

The satirical Irish news site Waterford Whispers was quick to report on the  new world order:

In the end, there was only one man who could fix the massive problem - Co Roscommon native Chris O'Dowd:

Fixed it. Sorry. You won’t believe what worked. #facebookdown