WhatsApp, a messaging app owned by Facebook, was fined $270 million by Irish authorities last week for not being transparent enough about how it uses private data. The issue raises concerns over the privacy of social media users everywhere. 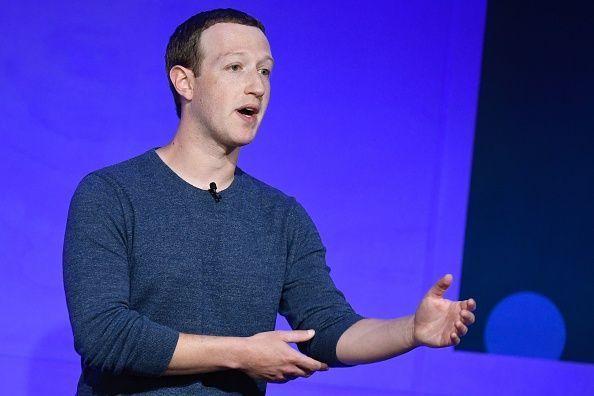 Both America and Ireland are learning that social media doesn’t age very well.

Sure, the old days were a blast.  All those “friends” doing all that “sharing.”

Along the way, lawmakers in Ireland figured out that the nerds who run these companies actually care quite a bit about their bottom line.  And so they started throwing all kinds of tax breaks at Facebook and Apple and other tech companies.

Well, guess what? The bills are starting to roll in.  It turns out that all these “free” platforms come with a rather high price tag.

Last week, “Facebook’s WhatsApp messaging service was fined nearly $270 million by Irish authorities on Thursday for not being transparent about how it uses data collected from people on the service,” The New York Times reported.

But Mark Zuckerberg could look under his sofa to come up with chump change like that.

The problem is that when you lure all those tech workers and their “economic activity” to your country, they also come with a bunch of headaches.

“Irish regulators said WhatsApp was not clear with users about how data was shared with other Facebook properties like its main social network and Instagram,” the Times went on.

“That has put tremendous pressure on Ireland’s Data Protection Commission, an underfunded and much-criticized agency that has been tasked with enforcing a novel and complex data protection law against some of the largest companies in the world.”

In other words, people will play with all the cyber-toys until the problems come along. Then they’ll leave it to the government to sort out. Then get mad when lawmakers can’t.  Or don’t.

Meanwhile, kudos to Texas Governor Greg Abbott, because he figured out how to put those social media tycoons in their place.

Which is a little like telling a newspaper they can’t ban any contributions, even if they were sent in handwritten, in crayon, courtesy of the town drunk or cat lady.

And Abbott is part of that crowd that says they hate it when the government interferes with private businesses!

Then again, Brazilian demagogue, Jair Bolsonaro supports a similar ban on social media bans. So, what could go wrong?

In the end, it’s hard to avoid the comparison to 150 years ago, when all those massive factories began setting up shop in towns and cities all over the world.

And you bet there were lots of jobs for the townsfolk. And cheaper goods rolling out of the factories and into the stores. And for a brief moment, it seemed like everybody would live happily ever after.

But then people started asking questions about all that factory smoke belching into the sky.  And all that sludge and goo gushing into lakes and rivers and streams.

Pollution comes in many forms.

These days we are more aware of the air we breathe, the water we drink. But the ideas we put into our brains can be just as toxic.  And just as costly. Even when the polluters offer services for “free.”

We are all screaming and yelling and fighting over who can say what on Twitter and Facebook. And spending taxpayer money to figure out what may be the right way, or wrong way, to say all these dumb things.

Everyone is ignoring the obvious solution, the one that scares Zuckerberg and his pals.

If we’re going to ban anything, let’s ban “free” social media.  Because nothing is ever really free.

Force social media companies to compensate -- that is, pay -- users for their private data. Since we obviously will never figure out a way to keep them from stealing it, we might as well make a few bucks on our most intimate hopes and dreams.

In the end, why should social media remain free? The price is too high.