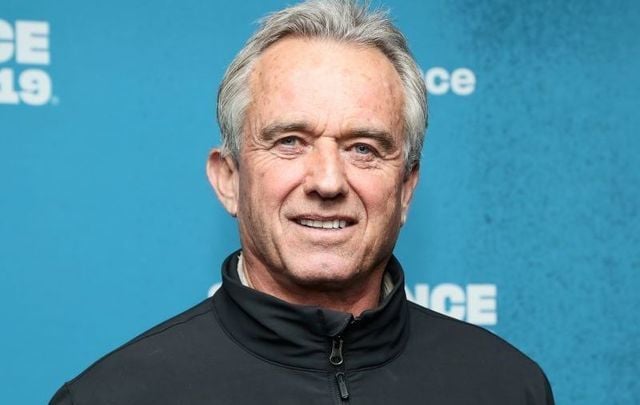 "We removed this account for repeatedly sharing debunked claims about the coronavirus or vaccines," a Facebook spokesperson said in a statement on Wednesday.

However, Kennedy's Facebook account remains active at the time of writing and the spokesperson said that were no plans to suspend the account "at this time".

Kennedy, the son of former presidential candidate Robert F. Kennedy, has frequently used his social media accounts to speak out against vaccines and has also lobbied Congress to give parents exemptions from state requirements that call for mandatory vaccinations for children.

Throughout the pandemic, Kennedy has made baseless claims about potential coronavirus vaccines on various social media platforms.

He has previously claimed that Dr. Anthony Fauci and the National Institute for Allergic and Infectious Diseases stand to collect half the royalties from any vaccine manufactured by Pfizer, Merck, Sanofi, or GlaxoSmithKline, while he has also claimed that Bill Gates "owns the World Health Organization".

Kennedy said last May that Gates sought "complete control of our society" and that he was using vaccines to install chips in people that could store their medical records and their previous locations.

Kennedy's group filed the lawsuit in a California federal court after Facebook introduced a label at the top of the group's Facebook page which informs users that "this page posts about vaccines". Facebook also included a link to the Center for Disease Control and Prevention website at the top of the page and removed the group's ability to fundraise.

Meanwhile, Kennedy has previously stated that he is not anti-vaccine and has claimed that he is simply in favor of safe vaccinations.