Kennedy claimed that Gates provides 10% of the WHO's budget and said that the WHO "begs and rolls over" for Gates' funding. 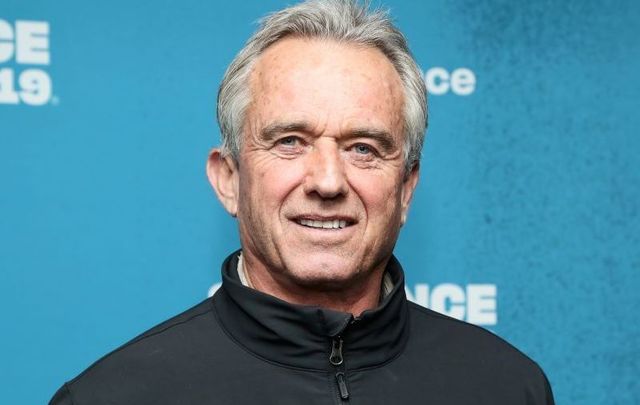 Robert Kennedy Jr. claims that Bill Gates owns the World Health Organization (WHO) and called the Microsoft founder "the most powerful man in public health."

Kennedy Jr., the son of Robert F. Kennedy and the nephew of John F. Kennedy, made the claims in an interview on YouTube channel Valuetainment, on May 2, 2020.

Kennedy claimed that Gates provides 10% of the WHO's budget and said that the WHO "begs and rolls over" for Gates' funding.

He claimed that Gates had used his influence to shift the WHO's approach to disease eradication.

However, he alleges that Gates has shifted this approach.

Kennedy claims that Gates has shifted the WHO's attention toward eradicating disease through vaccination.

"He believes the only path to good health is inside a syringe," Kennedy claimed in the two-hour-long interview.

Half of the WHO's budget goes towards Gates' polio vaccine program, according to Kennedy, who alleges that the vaccine is actually spreading polio.

He alleged that the Gates Foundation's polio vaccine has caused polio epidemics around the world in places that have not seen polio for decades and said that 70% of polio cases on earth are coming from the Gates vaccine.

"I think that Gates is well-intended in the same way that missionaries who brought smallpox to the Indians were well-intended. I think he believes that he is somehow ordained divinely to bring salvation to the world through technology."

Bill Gates has donated more than $300 million to develop a COVID-19 vaccine and aims to introduce a Global Vaccine Action Plan to combat disease around the world.

Kennedy also weighed in with some outrageous theories about the new 5G network, which is currently being rolled out across the world.

He said that Bill Gates would have "complete control of our society" through 5G. Kennedy alleged that Gates has invested heavily in 5G networks and owns hundreds of thousands of ground antennae.

Kennedy claimed that authorities would use 5G to track movements to know where an individual is at any given moment.

"5G is not about helping you download your video game quickly," he said. "5G is about surveillance and it's about data harvesting."

He said that the current lockdown measures that are in place during the COVID-19 pandemic are training society to do what it's told.

"This pandemic is teaching us to accept this kind of surveillance, to accept these constraints on our civil rights, to allow the government to come in and tell us that we must stay at home and not send our kids to school."

Perhaps Kennedy's most outrageous claim was that Bill Gates is installing chips in people across America. He said that these chips could be used to store a person's medical records but said that they would be used for something far more sinister.

He said that a police officer could potentially scan the chip in the middle of an investigation to search a person's criminal record or their previous locations.

Reuters published an article on May 5 debunking Kennedy's microchip claim.

Robert F. Kennedy Jr. is known for his controversial and bizarre theories.

He is notoriously and controversially anti-vaccination and his own family members penned an op-ed in Politico last year challenging his campaign of "misinformation" about vaccination.

Bill Gates, meanwhile, has been a target of conspiracy theories and misinformation from far-right political pundits during the COVID-19 pandemic. The misinformation campaign spread exponentially after Gates publically criticized US President Donald Trump's handling of the pandemic.

What do you make of Kennedy's statements? Let us know in the comments section below.