How the Irish in America banned guns in New York

New York State’s infamously tough gun laws are rooted in something called the Sullivan Act. The law is named after “Big Tim” Sullivan, a Tammany Hall loyalist who served a little over 100 years ago. 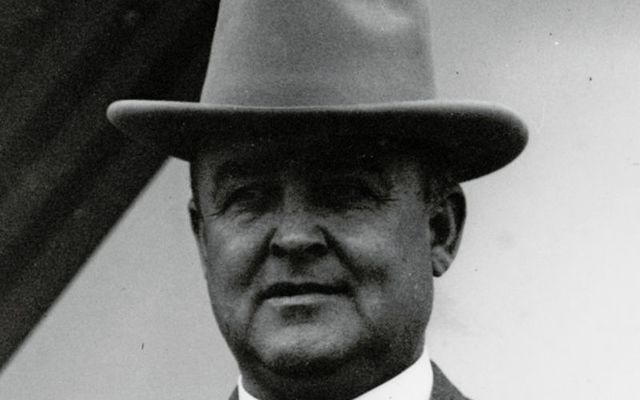 THERE are plenty of Irish Catholics who believe their Hibernian roots are a cozy and natural fit for Fox News. So it’s a good time for a reminder that Irish immigrants played a central role in limiting their cherished Second Amendment rights.

Which may not be limited much longer, if the Supreme Court has anything to say about it.

“A New York law that imposes strict limits on carrying guns outside the home seemed unlikely to survive its encounter with the Supreme Court,” The New York Times reported last week.

The law in question “requires people seeking a license to carry a handgun in public to show a ‘proper cause,’ and a majority of the justices seemed prepared to say that it imposes an intolerable burden on the rights guaranteed by the Second Amendment.”

New York State’s infamously tough gun laws are rooted in something called the Sullivan Act. The law is named after “Big Tim” Sullivan, a Tammany Hall loyalist who served a little over 100 years ago.

Sullivan’s father came to Manhattan from the Beara Peninsula, while his mother came from Kenmare, Kerry.

Lore has it that “Big Tim” -- he towered over most other Tammany Irishmen -- grew up in the infamous Five Points.

Sullivan held numerous elected offices, from the State Assembly to U.S. Congress. He was serving in the State Senate in 1911 when he engineered the passage of a statewide law that made it very difficult to carry a gun.

Was this because he was some kind of early vegan snowflake?

Not quite. It’s actually because he was closer to a typical big city child of immigrants.

Even though a lot of fuss is made these days about urban crime and violence, it turns out these things were also a thing 100 years ago.

In fact, though a lot of people have trouble facing this, quite a few Irish and other Ellis Island immigrants were criminals!  They robbed, beat and murdered people and all that.

And sometimes they did it with guns. And some of the very same people regularly met with, and did favors for, Tammany’s Big Tim Sullivan.

This is, as they say, not a good look.

So, Sullivan believed he could, if you will, kill two birds with one stone.

He could make himself look like a crusader for public safety.

And he could also make “reformers,” who generally hated immigrants, forget that Irish districts were awfully violent and disorderly.

And so Big Tim took the Second Amendment as more of a suggestion than a rule. And more or less banned guns. At least in big cities, as things have evolved over the decades.

Now, we’ll see if the Supreme Court keeps it that way.

The Times noted that Chief Justice John Roberts was leaning towards a belief that the “Second Amendment protects a constitutional right just as the First Amendment does.”

Roberts seemed to feel that “people seeking to exercise either of those rights...should not have to demonstrate to the government that they have a good reason or special need to do so.”

And so, Roberts declared, “You don’t have to say, when you’re looking for a permit to speak on a street corner or whatever that, you know, your speech is particularly important. So why do you have to show in this case, convince somebody, that you’re entitled to exercise your Second Amendment right?”

Other than that guns make it really easy to kill people.

If it’s any consolation, the Times noted that “several justices seemed open to allowing the state to exclude guns from crowded public settings or other sensitive places.”

Either way, it does seem Big Tim succeeded in making people forget that the Irish were genetically violent.

The first person convicted under the Sullivan Act claimed he was merely protecting himself from another ethnic gang -- The Black Hand, Italian immigrants who kidnapped people for ransom.

At his sentencing, the judge told Mariuno Rossi, "It is unfortunate that this is the custom with you and your kind...furnishes much of the criminal business in this country."