James O'Keefe's triumph and the lessons Democrats can learn

"Progressives sometimes need to pay attention to nincompoops rather than dismiss them as unworthy of our enormous intellects." 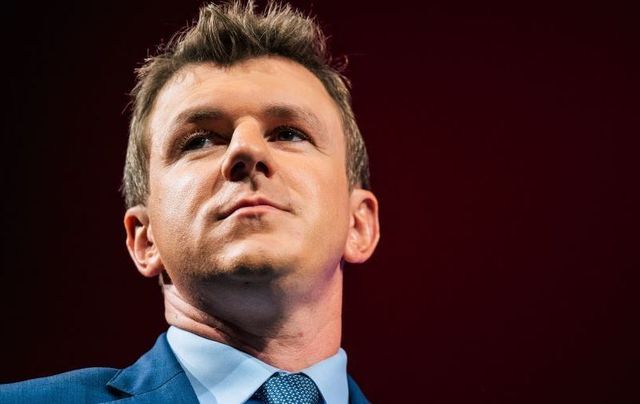 It has now been nearly two decades since an Irish American from New Jersey strolled into the administrative offices of his college with a list of demands.

He demanded the cafeteria stop selling Lucky Charms. He considered the breakfast cereal with its leprechaun mascot, his silly brogue, and “green clover” marshmallows, offensive to his Irish heritage.

James O’Keefe was kidding of course. But he was also quite serious.

Maybe if Democrats took this Irish jokester a little more seriously, they would not have taken such a beating this past Election Day.

O’Keefe has plenty of his own problems these days. The kind that might make his political enemies chuckle.

“The FBI and Manhattan federal prosecutors are investigating the case of Ashley Biden’s diary,” the New York Post noted this week. “The president’s daughter says (her diary) was stolen in a burglary last year; an obscure right-wing website wound up publishing what it said are pages from it about 10 days before the election.”

The FBI showed up at O’Keefe’s apartment as part of the investigation. Naturally, the Post was outraged.

“You don’t have to be a fan of James O’Keefe’s style of journalism to be worried about how the government is reacting to it,” the paper noted.

But for many high-minded folks, it’s easy to convince yourself that O’Keefe is an idiot and a slimeball who is getting what he deserves.

Which is how a lot of people spoke about a certain reality TV star and real estate mogul after he lost the 2020 election.

And yet, here are Democrats yet again wondering: “What went wrong? Why don’t these right-wing nuts like us?”

Look no further than O’Keefe. He rose to fame doing the kinds of things progressives would have done in the 1960s and 1970s – mocking and exposing those with power and influence.

But folks on the left never want to face the fact that they actually have power and influence. They won many, many culture wars, and America is a better country for it.

But it also makes you a target for the likes of O’Keefe, and Donald Trump, and all the others. And Dems still have no clue what to do about it.

Mind you, I believe O’Keefe is a nincompoop. But if they want to make any more gains in this country, progressives sometimes need to pay attention to nincompoops rather than dismiss them as unworthy of our enormous intellects.

“What went wrong is this stupid wokeness. Don’t just look at Virginia and New Jersey. Look at Long Island, look at Buffalo, look at Minneapolis, even look at Seattle. I mean, this defund the police lunacy, this take Abraham Lincoln’s name off of schools.”

In The Wall Street Journal, Peggy Noonan’s headline was: “Voters Give Democrats a Woke-Up Call.”

Then again, it’s not like south Jersey Irish American ironworker and State Senate power broker Stephen Sweeney was a big proponent of the latest theories on gender fluidity. And yet, he too lost his election to a truck driver who spent pocket change.

Something closer to the problem plaguing progressives these days is that they are content to label this newly elected truck driver a racist and a lunkhead and consider their job done.

Let’s be clear. Edward Durr has said horrible things about Muslims. Not unlike the garbage bigots said about Catholics 100 years ago.

A lot of voters, then and now, simply don’t care.

That’s awful. That’s terrible. Saying it over and over again doesn’t change that fact, even if you do write for The New York Times opinion section, or teach at Harvard.

Instead, use that power and influence to find other arguments to win rather just feel good about how you want to make the world a better place.

Otherwise, the likes of O’Keefe – and Trump, and Florida’s Ron DeSantis – are simply going to eat you for breakfast.