Ask not about Irish immigrants

After watching "Exterminate All the Brutes," Tom Deignan wonders "are these conflicting, complicated identities really unique to the Irish?" 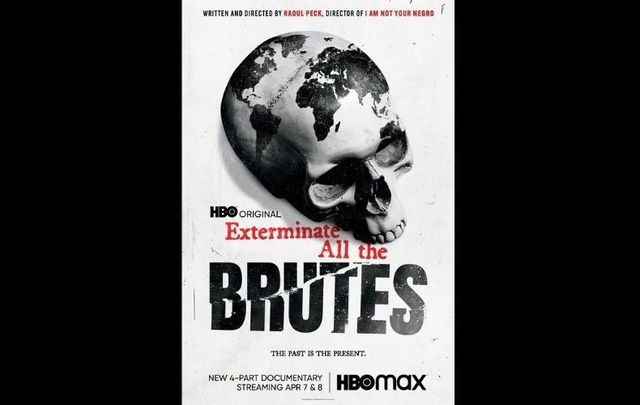 Not long ago, I read a line about Irish immigrants that stuck with me. Something along the lines of, when they were coming over in large numbers they had a dual identity.

They might be hated for being poor, angry, and Catholic. But they themselves, on occasion, expressed hate of their own, towards others who happened to be stuck with them at the bottom of the American social pile.

That all came back to me as I was watching an, um, interesting documentary on HBO.

The title may be the most cheerful thing about Exterminate All the Brutes.

Exterminate All the Brutes was created by Haitian filmmaker Raoul Peck, who credits several historians for inspiring him, among them Roxanne Dunbar-Ortiz.

Wouldn’t you know I had a new book by Dunbar-Ortiz sitting on my desk. In it, she quotes that very line I had stuck in my head about the Irish and their dual identity.

The second time around, I had some problems with this quote.

“An Irish immigrant in 1877 could be a despised Celt in Boston -- a threat to the (American) Republic -- and yet a solid member of the Order of Caucasians for the Extermination of the Chinaman in San Francisco, gallantly defending U.S shores from an invasion of ‘Mongolians.’”

The line was written by Matthew Frye Jacobson, who is (deep breath) the Sterling Professor of American Studies and History at Yale University.

You might say that is another role respected by some, disliked by others.

There is certainly some truth in what Jacobson is saying. The Irish were considered racially inferior, especially by Boston’s ruling elite. And yet, Irish immigrants also did terrible things to fellow immigrants from China.

Then again, are these conflicting, complicated identities really unique to the Irish?

Think about all the commercials and Twitter posts and newspaper stories we read about how we need more “representation” from certain groups. How, say, women and African Americans have traditionally been marginalized, and we need to cultivate contributions from members of these communities.

Unless the members of those communities are Ann Coulter. Or Dave Chapelle. In which case, the very same people who want to hear more from those groups of people, want to hear less from these particular people.

Because they are flexing their power in disagreeable ways.

Then there are other social media posts and elected officials who say we need to listen to religious figures more, and their more traditional views on gender or the family.

Unless, of course, the religious figure happens to be Pope Francis, or some Manhattan minister who claims Jesus would not be all that interested in what consenting adults do in the privacy of their bedrooms.

In her book, Dunbar-Ortiz makes it very clear that Famine Irish Catholics were hated and despised. But they also made a choice (as she sees it) to become part of America’s white supremacist power structure.

The problem is personified by President John F. Kennedy, who gives her book its title.

JFK once published a book entitled Nation of Immigrants. Dunbar-Ortiz believes the U.S. never has been such a thing.

It was all a sentimental, superficial sham to get the Irish, and other 19th century immigrants, to buy into “settler colonialism” and dominate the continent.

There’s lots of truth here, of course. But it’s also true that some hardcore right-wingers also don’t like the phrase “nation of immigrants.”

Under the Trump administration, the U.S. Citizenship and Immigration Services even eliminated the phrase from its mission statement.

And so, we get radical professors from Yale and elsewhere sharing the same opinions as Fox News Republicans.

It’s almost as if most people are kind of complicated.