Why do the Irish despise those who seek the truth?

In Ireland, we tend to denigrate and ridicule those who seek out the truth or shine light on our darkness - take Jonathan Sugraman and Catherine Corless, for example. 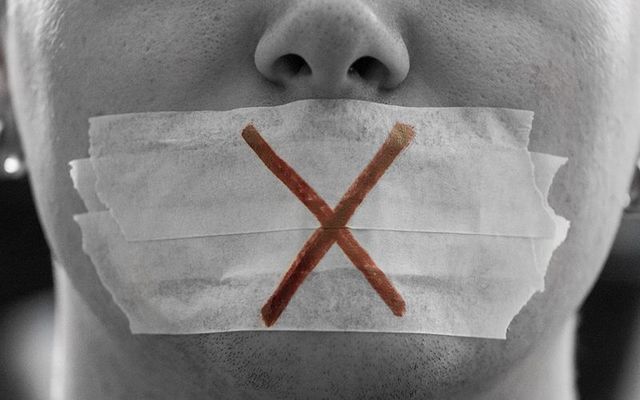 Instead of admiring those who shine lights in the darkness, we vilify them because they are bad for business, the image of a town, industry or police service. iStock

In Ireland, we tend to denigrate and ridicule those who seek out the truth or shine light on our darkness.

It’s as though the mirror they hold up to Irish society is too ugly to witness, too painful to face up to, and it’s easier to assassinate their characters than to acknowledge their search for justice.

There are restaurants in Dublin who refuse to accept a reservation upon hearing his name. There are pubs where he’d be shunned, seen as a pariah, if he joined the great and the good as they let their hair down on a Friday night.

Because, for the vast majority of Irish bankers, the party never stopped.

Why would they disown him? His only ‘crime’ was to do his job properly and to tell us the truth.

When I spoke to him last week, ten years had passed since he did the right thing, at enormous cost to his finances, his career, and his mental health.

An Israeli citizen living and working in Ireland, he thought he was doing his adopted country a huge favor when he approached the Central Bank of Ireland to tell them an unpalatable truth.

A risk manager at the Dublin branch of a major Italian bank, Sugarman was alarmed to note serious liquidity breaches which have could have cost the company severe penalties and Sugarman himself five years in prison.

The bank did not have enough money after giving out so many loans at the height of the ‘Celtic Tiger’.

He stepped forward, he went to the Irish police (the Gardai), he told the truth … and nothing happened. There were no dawn raids on his company’s offices, no consequences at all for his bank for failing to play by the rules. He felt he had no option but to resign.

He had warned the Irish banking watchdog that his bank was living beyond its means, little realizing at the time that liquidity breaches were widespread across the industry in 2007. Not one bank in Ireland seemed to have the billions of euros required if their customers were to call in their debts.

A year later, the entire Irish banking system collapsed and the Government provided a blanket guarantee which plunged the economy into crisis and resulted in a €64 billion ‘bailout’ at enormous cost to the Irish tax-payer.

It seemed that virtually every bank in the country had liquidity issues around that time, but not one other risk manager had spoken out.

Nobody has ever discovered the true extent of the problem across the industry, although one bank was fined almost €2 million for breaches of the regulations in 2012.

All of them could have been imprisoned for five years, but not one banker in Ireland has been jailed. In Iceland, the corresponding figure is 25. Yet Sugarman has found himself on the margins, unable to work, because he dared to come forward and speak the truth.

A decade on, the same banks are guilty of defrauding 22,000 mortgage holders; these are ordinary Irish people, some of whom have lost their jobs, their relationships, and their homes.

The same bankers and regulators still enjoy their Friday evening gatherings in a select few Dublin hotels and pubs, but Sugarman is no longer invited to the party and his truth-telling has been at an enormous personal cost.

Yet, had the regulators listened, and acted, the massive collapse in the Irish banking system could have been avoided and generations of Irish people would not now be saddled with an enormous debt.

When she began to investigate the deaths of so many babies at the Tuam Mother and Baby Home, business people in the town became alarmed.

When it emerged that 796 babies were buried in unmarked graves, as Catherine strove to give them a dignity denied them in life, officials blocked her attempts to find out the truth at every possible opportunity.

She never imagined the scale of the tragedy when she started to try to find out what happened to the ‘Tuam Babies’. But she persisted after hearing the story of how boys in the town stumbled upon the skulls and bones of babies while playing on the site of the former home in 1974.

Catherine worked tirelessly to discover the truth, despite facing hostility or indifference from the Bon Secours order who ran the home, the Western Health Board, or Galway County Council.

It was a good job she did not socialize much, because as rumors about her research spread there were murmurings that she should leave well enough alone and that her research only served to harm the image of the town.

Her research was bad for Tuam, it seemed, even though it opened the eyes of the entire world to the way children were treated in 20th century Ireland. And she gave a voice to the survivors.

She has been vindicated this year, her findings verified by the Irish authorities, but only after being the subject of harsh and irrational criticism.

She’s deservedly picking up national awards now for her painstaking research but in April of this year, after her findings were lauded by the Irish Government, Catherine faced personalized abuse from the US.

Bill Donohue, president of the Catholic League, described her as a credential-lacking charlatan who was not qualified to carry out her meticulous research in Tuam.

“Contrary to what virtually all news reports have said, Corless is not a historian,” said Donohue. “She not only does not have a Ph.D. in history, she doesn't have an undergraduate degree. She is a typist.”

Amazing how a man who earned a reported salary of $474,876 in 2013 could abuse his position to denigrate a woman who has done all of Ireland a service by shining a light on the deplorable treatment of innocent women and children in 20th century Ireland.

Only for Catherine’s painless research, the world would never have known about the 796 babies who were buried in unmarked graves in Tuam after being branded as “illegitimate” by the Irish authorities.

It seems that Corless’ message was so unpalatable to some senior figures in business, Church, and State, that they were prepared to attack and denigrate the messenger.

And then there’s Sergeant Maurice McCabe

He faced a personal hell before being vindicated in 2017.

In Garda Stations all around Ireland, the man was a pariah for the past decade, for daring to point out that the Irish police force’s computer system was being abused so that high profile people to evade convictions.

His revelations seem trivial compared to what we know about the Irish police force now.

In the land of the nod and the wink, of calling in connections, McCabe – like Sugarman – was ostracised for trying to obey the rules.

Colleagues made it impossible for him to turn up for work at Garda Stations and, even worse, rumors began to circulate –at the top levels of the force and among senior media personnel – that McCabe was a sex abuser.

Insiders thrived on the vicious rumors, which circulated without his knowledge, and it was only by accident that the most high-profile Garda whistle-blower in the history of the State found out about them.

The false, vicious, and completely spurious accusations that he had raped a six-year-old child were used to ridicule his claims that there was widespread abuse of power being carried out by members of the Garda Siochana.

How could anyone believe this honest Garda when there were such terrible rumors about him?

The smears, which circulated widely for two and a half years, were only unearthed when a member of staff at the child protection agency contacted Sgt McCabe in error about a “wrong” file. Otherwise, he might never have known about the unfounded allegations.

In recent weeks, the Irish public has been shocked to discover, via the policing authorities that two million drink-driving breath tests were fabricated by Gardai in a country with a population of 4.7 million. 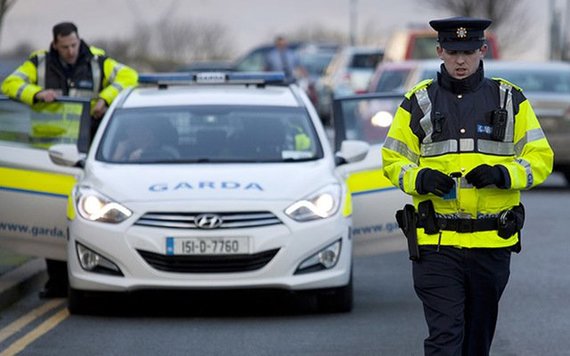 Gardai, it seemed, were under pressure from management to “massage” their statistics so that they looked better on paper.

A few high-profile people having their convictions overturned now seems like small beer compared to the widespread misreporting of drink-drive figures all across the country.

In Ireland, it seems, there has been criminal negligence in banking, policing, and the way we take care of our most vulnerable children.

But, instead of admiring those who shine lights in the darkness, we vilify them because they are bad for business, the image of a town, industry or police service.

Because God forbid we listen to the brave souls who are prepared to stand up and point out the wrong-doing at the heart of Irish society.

It’s easier to persecute them, tie rats to their doors, or smear them with unfounded allegations, than admit they have done us a wonderful service by blowing a whistle on corrupt or criminal behavior from those in positions of authority.

It’s easier to destroy a reputation than admit there’s a need to change an entire rotten, corrupt culture.

Ciaran Tierney is a journalist, blogger, and digital storyteller, based in Galway, Ireland. Find him on Facebook at facebook.com/ciarantierneymedia