A look at the colourful life of Irish man Walter Paye Lane. 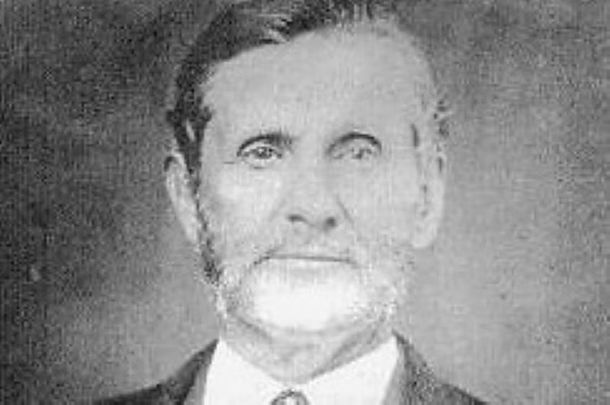 While many thousands of Irish men fought in the American Civil War, only a handful made it to the rank of Brigadier General and one of these was Walter Paye Lane from County Cork.

He was one of the most colourful generals in the Civil War and he had a military career that spanned over 30 years. It is reported that he had 10 horses shot from under him in combat.

Lane served in the Armies of the Republic of Texas, the United States, and ultimately ended up fighting for the Confederacy. In between, he took time to be a Texas Ranger.

Walter Lane was born on February the 18th, 1817 in County Cork. His family left Ireland when Walter was just four years old and lived first in Fair view in Guernsey County, Ohio. Later, the family would finally settle in Kentucky.

At the age of 19, Walter decided to seek adventure in Texas which was fighting for its independence, seeking freedom from Mexico.

He joined a volunteer company in March 1836 eager to avenge the Alamo which had just fallen to Mexican forces. He was soon serving as a despatch rider and Scout with General Sam Houston’s Army at the Brazos River.

He was quickly in the thick of battle and in April Lane was one of the scouts who surveyed General Santa Anna’s Mexican campground. Under heavy fire, Lane was responsible for surveying the Mexican troop strength. Lane’s involvement was pivotal, as his intelligence encouraged Sam Houston to act.

The next day on April 21st, 1836 Walter Lane was part of a large Texas army which surprised the Mexican forces at San Jacinto. The Texans attacked shouting, “Remember the Alamo!”

During the battle Lane was wounded by a Mexican lance, he was rescued by his fellow cavalrymen. Now horseless, he fought on bravely as an infantryman and was later rewarded with a promotion to second lieutenant.

The Texans defeated the Mexicans and captured General Santa Anna the Mexican dictator, who was forced to recognize Texan independence and withdrew his forces south of the Rio Grande.

He continued his military service through July 1836. Lane lost his second horse during an Indian battle on October 8th, 1838, at an engagement known as the Surveyor's Fight (in present Navarro County).

Several days after departing Old Franklin with a twenty-five-man surveying party, Lane noted that a number of Indians were keeping a close watch on their progress.

Suddenly, about forty Indians arose and fired into the Texan surveying party, killing some of their horses and wounding several men.

Along the banks of Battle Creek, a desperate fight prevailed throughout this day. The surveyors fought valiantly over the next twelve hours, but by midnight, only ten Texans were alive and five of them were wounded. Only two or three horses remained. The most severely wounded men were loaded on the horses, and the men tried to race under the moonlight for the safety of some nearby forest which would give cover for a last-ditch fight for survival. The remaining horses and three Texans were killed during the escape attempt.

Four of the surviving Texans were wounded, including Walter Lane. He said of the battle:

"I was shot through the calf of the leg, splintering the bone and severing the 'leaders' that connected with my toes."

Lane and several of his comrades hid in the undergrowth while the Indians searched for them. After a few hours, the Indians moved on much to the relief of lane and his men.

Lane returned to San Augustine to recover from his wounds. On his recovery in July 1839, he joined Captain William Kimbro's company for the Cherokee War of East Texas, narrowly missing the major battle with Chief Bowles that occurred west of the present-day city of Tyler.

Lane settled in the now independent Texas and worked as a merchant in San Augustine for several years. In 1843 he sold his business and moved to San Antonio where he became a Texas Ranger.  In June 1846, he joined the United States Army to serve in the Mexican-American war, which was ignited when Texas became the 28th American state in December 1845.

In June 1846, Pane joined the First Regiment of Texas mounted riflemen, which was formed under his old Texas Ranger commander Colonel Jack Hays. He was given the rank of first lieutenant.

During the Mexican War, five of Lane’s horses were killed while he was charging into various battles. During the Battle of Monterrey on September 22nd, he commanded a detachment of men in the storming of the Bishop's Palace. He was eventually given the rank of major and command of his own battalion.

After the end of the war, Walter visited his relatives now living in Virginia, but his wandering soul soon took him west to California and its gold rush. He would later write in his memoirs:

“I mined there for four years, with varied success, sometimes having thousands and then flat broke!”

Fighting for the Confederacy

When the civil war broke out, Lane was back in Texas, settled in the town of Marshall working as a merchant. He joined the Third Texas cavalry and was elected it's lieutenant colonel.

Lane participated in the battles of Wilson's Creek, Missouri, Chustenahlah, Pea Ridge, and both the Siege of Corinth and Second Battle of Corinth.

At the battle of Oak Hill (also known as Wilson's Creek) in Missouri on August 10th, 1861, lieutenant colonel Lane lost yet another horse, during a charge on one of the Union batteries.

He would go on to lose his tenth horse in March 1862, at the battle of Pea Ridge in Arkansas.

During his regiment's reorganization in May 1862, Lane declined an election to become colonel of the Third Texas cavalry. He continued to lead the regiment for another month. His men were cited by General P. G. T. Beauregard for their valour at the Battle of Franklin, Mississippi.

Walter Lane returned to Texas to organize the First Texas Partisan Rangers, which went on to fight in Louisiana during 1863 and 1864. He was seriously wounded by three shots at the Battle of Mansfield on April 8th , 1864, his last major engagement of the civil war. After his recovery, he re-joined his regiment at Hempstead, Texas, and rose to the rank of Brigadier General. His promotion was one of the last acts of the Confederate Congress before the end of the war.

After the war, Lane resumed his mercantile business in Marshall, Texas. He also served as a deputy federal marshal and helped found the Texas Veterans Foundation. After such an illustrious military career his later life did not reflect well on him. He became active in local politics, and with the help of his brother, formed a white citizen’s party. This was, as the name suggests, a blatantly racist party and was responsible for what they perceived as ethnic cleansing of Marshall and Harrison County.

Walter Lane died in January 1892 at the age of 74. His memoirs, The Adventures and Recollections of General Walter P. Lane, were published posthumously in 1928.