Telling ancient Ireland's tales: Irish are the stories they tell

A look at the long history of storytelling in Ireland and why we’re so good at it! 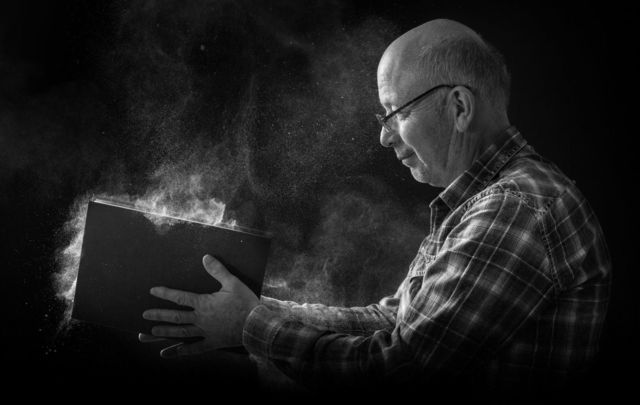 Telling ancient Ireland's tales: the Irish are the stories they tell. Getty

The ancient tradition of storytelling is an art form, one the Irish have perfected over the years. Here is a masterclass in the legend of Conn Cétchathach son of Fedlimid Rechtmar.

There is a long and rich tradition of storytelling in Ireland. For hundreds of years, people have relied on the “oral” tradition as a means of passing on values, wisdom, and insight from generation to generation. Stories provide us with our sense of purpose and place. Our common identity is shaped by the epic sagas and heroic characters from ancient times. We are the stories we tell.

Stories evolve and are enriched over time. With each new telling, details are refined and shaped to suit the needs of the day. In this way, old stories are renewed and invigorated and are never out of date. The best stories survive through history and powerful motifs resonate as much today as they did thousands of years ago.

Long before television, cinema, and Netflix, children in Ireland were enthralled by the big sagas: The Ulster Cycle told of the exploits of Cú Chulainn and the Red Branch Knights and stories of the Fianna featuring Finn Mac Cumhaill, Diarmuid, and Grainne. I grew up with these characters - as familiar as James Bond or Laura Croft – our epic heroes were super-human champions and role models.

On summer days we were kings and warriors as we played along the river, in the fields, and through the woodlands. Our elders primed us with spell-binding stories in half-dark rooms around an open-hearth fire. The baskets of turf were our castles and glowing embers became battlefields.  Armed only with our minds we conducted cattle raids and triumphant marches. We lived and played in the legends of long ago.

In my adult years, I was blessed to be involved in a project to record the Irish storytelling tradition through the medium of videotape. It was the early 1980s and television was already in almost every home – ominous signs that the oral tradition was under threat. So, for several summers I had the privilege to accompany the folklorists of University College Dublin as we strived to capture the essence of storytelling in Ireland.

We traveled from north to south along the west coast and gathered from the repertoire of the master storytellers – men and women, Irish and English speakers;  they had one thing in common, they could capture your mind and weave an enthralling narrative to leave you mesmerized for hours:

There was a king in Ireland long ago and he had three sons, each as fair and strong as the other, and all were great warriors and leaders. When they grew to the age of manhood, he sent them away, one by one, to seek their fortunes. Eoin the eldest went north to the mountains of Ulster, a year later Mu, went south to the rolling headlands of Munster, and the following year, Conn the youngest of the three brothers was sent west to the wild wetlands of Connemara. Years past and as the king grew old, he sent for his sons to return so they could agree on who should be next to rule.

With this simple opening, the storyteller would bring the listeners under his spell. Manys the time I was present in packed country cottages for long sessions stretching into the night. The art and craft of the storyteller was subtle but very effective. He or she knew how to set the scene and make the audience crave for the next part of the tale. One storyteller, in particular, was “master of the pause”. He’d build up the story and then stop suddenly to gaze at each of the listeners to get a nod to urge him to go on. It wasn’t until he got the full consensus of the room, “go on! go on!”, that he’d move to the next point of the narrative:

While the sons were away - the fortunes of the kingdom had declined. The Queen, who was mother to the three sons, had passed away at the birth of Conn. Missing his sons and his wife, the old King came under the spell of a mysterious woman who arrived at the castle on a coach with four black horses. The King was mesmerized by this woman and she became the new Queen, taking control of his affairs while he languished in a half-sleep. His people were troubled and eventually persuaded him to call back his sons.

Sometimes people gathered in the home of the storyteller. This was often the case for the older men and women who were custodians of the profession. Visitors would bring poteen and sandwiches and there was an ample supply of tea, bread, and jam. There was always a fire and the storyteller would sit on the best chair closest to the fire. Children would kneel while everyone else used a stool or whatever was to hand to make themselves comfortable. While there was plenty of drink consumed, I never saw bad behavior or rowdiness. The mood was respectful and when the storyteller was at work – no one interrupted.

When the three sons arrived home, they each gave an account of themselves and presented a gift to their father.

Eoin found the people in Ulster to be hostile; fighting was the way of things up there. As time passed, he proved himself a mighty warrior by ferocity in battle and skill in competition. He became the leader of a band of soldiers and earned the respect of the people of the north. Eoin presented his father with a magnificent sword that could kill ten men with one swish!

Mu found the lands of Munster to be rich and fertile. He learned the ways of managing cattle, moving livestock between winter and summer pastures. He became very wealthy with many cattle to his name. Mu presented his father with a magnificent bull so fertile that it could satisfy a hundred cattle every day!

Conn loved the wilds of Connemara and lived a simple life in harmony with the land taking only what he needed. He fell in love with a fairy woman and she showed him how to make potions and cures for many ailments. Conn presented his father with a scraggy dog who he found wandering in the bog. The dog’s name was Bran.

There are so many stories I’m sure only half of them could ever be recorded. Many are now lost forever. Others live on in the modern era – you have only to think about Lord of the Rings, Star Wars, Harry Potter, and all of the fantastical fiction available today. It didn’t come from the air.

Over the years I came to identify certain characteristics that recur in Irish stories. I suppose the academic folklorists would call them motifs. I noticed that the number three is significant and many events occur three times and concern three people. Furthermore, geography is important, and often stories describe parts of Ireland and qualities of people you could expect to find. It is not unusual for a story to shift between everyday events and the world of magical people and things. Almost all stories have educational value, and many carry a moral message.

The King was very pleased with the sword and the bull, but most of all he grew a great fondness for Bran the dog. When he was with the dog, he seemed to be his old self again and relished the days hunting with his sons. The new Queen did not like Bran for he had the measure of her and knew she had cast a spell on the King.

One night she tried to kill the dog with a knife, but he slept with his eyes open and saw her coming. The King heard the racket and when he saw what she was trying to do he banished the Queen and she turned into an owl and flew off into the darkness.

And so, it was determined that the youngest son Conn, would rule the land. His brother Eoin would manage a mighty army to defend the borders and his other brother Mu would manage the lands for cattle so the people could prosper. And they lived and ruled from the Hill of Tara for many generations in peace and prosperity.

As the story came to a conclusion people would cheer and clap as good prevailed and the badness was found out. When the story was over the teller would survey the room, take a sip of poteen, sit back and proudly proclaim:

And there’s not a word of lie in that – so there isn’t!