We are approaching the end game of the oft-chanted belief that the “personal is political.” 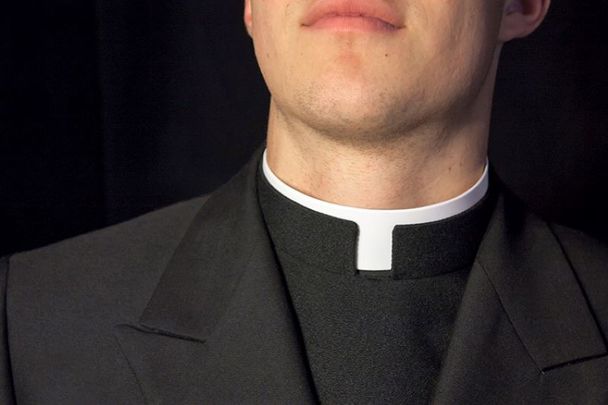 How much do you really want to know about your parish priest?

Well, that depends on a number of factors. It might depend on who you voted for in the 2020 election.

Such is the debate scorching up religious and tech circles these days. It was initiated by two Irish American lawyers-turned-crusaders (if you will), which sounds like nice work if you can get it.

Unless that work prompts one of the most respected voices in Catholic American circles to say, “What comes next? Spying on Catholic school teachers? Spying on parishioners? And where does it end -- when we have a church where no one has ever sinned? The church will be empty.”

Martin, quoted in The Washington Post, was responding to the work of Ed Condon and JD Flynn, the ex-lawyers who now run The Pillar, which is billed as a Catholic “newsletter.”

Well, boys, you wanted attention. You got attention!

This all began earlier this month with a special “Pillar Investigation.” For the sake of fairness -- or decency, or karma -- we’re going to explain this story but leave out the name of the priest at its center, even though it is very much out there.

“According to commercially available records of app signal data obtained by The Pillar, a mobile device correlated to (the priest) emitted app data signals from the location-based hookup app Grindr on a near-daily basis during parts of 2018, 2019, and 2020,” the investigation notes.

It adds: “An analysis of app data signals correlated to (the priest’s) mobile device shows the priest also visited gay bars and private residences while using (the) location-based hookup app in numerous cities from 2018 to 2020, even while traveling on assignment…”

As you can imagine, this has elicited a broad range of angry responses, and not only because of the personal behavior of this priest who is not a mere parish priest, but also a rather big big-wig.

There is also the issue of these two Irish Catholics, who both attended very respectable schools and have held lucrative jobs, essentially crawling through the 21st century equivalent of a stinky trash can to dig up secrets about a prominent American religion official.

Who, by the way, resigned his various positions in recent days.

“The case of the high-ranking Catholic cleric who resigned after allegedly being tracked on the gay dating app Grindr quickly became a Rorschach test Wednesday for Catholics already mired in tension over politics, theology and culture,” The Washington Post noted.

Since Flynn and Condon are loud and proud church “traditionalists,” their cheering section has pointed to these findings and declared that gay priests and other post-1960s dogma-ignorers are ruining the U.S. Catholic Church.

But those on another side see little more than “a witch hunt aimed at gay Catholic priests,” in the words of America Magazine national correspondent Michael O’Loughlin.

It seems appropriate, though, that I confess something else here.

It took me a few minutes to make heads or tails of this story. For a moment I thought perhaps that the priest was actually being pressured, in the name of social justice, to proudly proclaim and embrace the private details of his romantic life.

There have, after all, been many times so-called progressives felt it was entirely appropriate to expose the private lives of culture-war opponents. Or divulge personal details to turn enemies into “allies.”

We are approaching the end game of the oft-chanted belief that the “personal is political.” That what you wear and drink, share and think, either saves or ruins the planet.

What you do when you take off your clothes is the inevitable next skirmish.