"Credibility is not a word any U.S. Catholic leader has a right to say, unless done in the spirit of reconciliation and redemption." 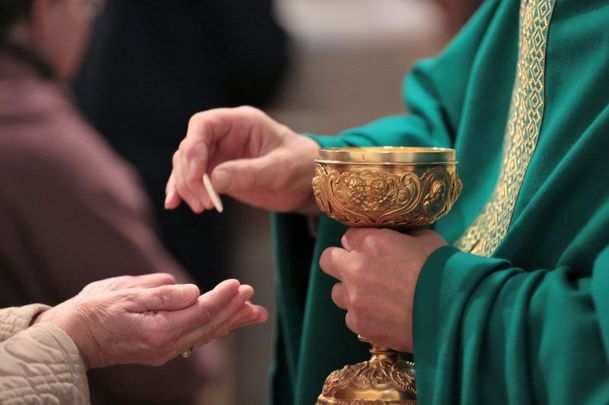 Before JFK was even sworn in as America's first Catholic president, a dangerous nut by the name of Richard Pavlick drove his car from New Hampshire to Florida, where the Kennedy family was staying.

Pavlick’s trunk was filled with explosives. He planned to blow the whole family to smithereens.

Pavlick felt he had to stop an agent of the Pope from becoming the president.

Just a few decades before that, the Supreme Court had to rule on a Colorado law requiring that all children in that state attend public schools. The law, supported by a wide range of “patriotic” groups, from the Masons to the Colorado Ku Klux Klan, basically made it impossible for kids to attend Catholic schools.

Because, obviously, they were not just “foreign” and un-American, but unconstitutional. Colorado’s patriots believed that if you let all those immigrants send their kids to segregated Catholic schools, they would just do whatever the pope told them to do.

It was only after the Supreme Court ruled in the 1925 case of Pierce vs. Society of Sisters that KKKers in Colorado had to accept the fact that good Catholics could also be good Americans.

What do we have now? A bunch of bishops who are quite sure most Americans cannot be good Catholics.

The new anti-Catholics are three of every four U.S. bishops who want to deny Communion to President Joe Biden and other public figures who say they are “Catholic,” yet deviate from church teaching.

“We’ve never had a situation like this where the executive is a Catholic president who is opposed to the teaching of the church,” Irish American Bishop Liam Cary, from Baker, Oregon, was quoted as saying.

Let’s leave aside the wiggle room Cary left for himself. Because President Kennedy never actually preached aloud his obvious opposition to the church doctrine of marital fidelity.

Let’s leave aside the fact that if a good many Coloradans had their way, Cary’s own parents would never have been allowed to attend Catholic school, to learn a bitter lesson about exclusionary thinking.

Let’s keep it 2021, and note that Cary and his like-minded colleagues seem to have a different “executive” in mind -- Pope Francis.

These are the new anti-papists.

They have their cassocks in a bunch, worried that all of Pope Francis’ hippy-dippy Jesus talk is going to give Americans the idea that the church is, you know, forgiving. And interested in building rather than burning bridges.

“The old-fashioned language would be that the current situation is scandalous,” another Irish American, Reverend Brian Lynch, told The New York Times. “That someone can hold positions that are completely contrary to what the church teaches and publicly present themselves as a devout Catholic.”

I assume the good reverend agrees that “traditional meaning of devout” also does not include raping children, or protecting rapists. Yet somehow a lot of folks who “publicly present themselves” as Catholic did just that.

“Our credibility is on the line,” San Francisco Archbishop Salvatore Cordileone worried.

Credibility is not a word any U.S. Catholic leader has a right to say, unless done in the spirit of reconciliation and redemption.

Only then can we move on to what are, indeed, important discussions about the sacraments, and the seriousness of certain sins, and how they pertain to public figures.

Until then, maybe Lynch and Cary and the rest of these Catholic puritans should look to the auld sod for some guidance.

Yet “the Irish Catholic Bishops' Conference did not...suggest that the Catholic politicians who were in favor of overturning the country's longtime pro-life protections be denied Communion.”