One can only imagine the frustration of that great and good man Pope Francis, as he views what his roughshod renegades in the American Catholic right have now wrought. 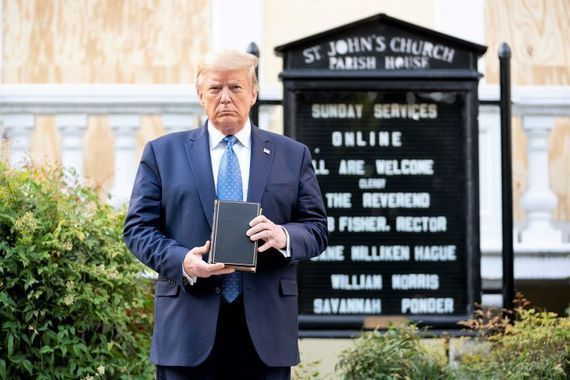 Just when you thought the Catholic Church had begun to present a modern, holistic, and pastoral approach to its flock along come the boot boys of the spiritual right who deserve to descend into Dante’s vision of hell.

One can only imagine the frustration of that great and good man Pope Francis, as he views what his roughshod renegades in the American Catholic right have now wrought.

The lead headline in The New York Times says it all:

"Targeting Biden, Catholic Bishops Advance Controversial Communion" -- “The decision advanced a push to deny President Biden the sacrament for his stance on abortion and exposed divisions in American Catholicism.”

Targeting an American president who is the most devout Catholic to ever hold the position borders on the most hypocritical actions the church has taken since its massive abuse cases were dodged, dismissed, and denied for decades before the dirty secrets tumbled out.

Now this generation of moral guardians presumes to pick and choose who are the saved and the fallen, who are the anointed ones and the devils.

The bishops have decided to hold Joe Biden responsible for his nuanced and precise abortion stance. He personally opposes but demurs at the idea of imposing his views on others.

It is a sensible position on a sensitive issue in which there are no clear lines that sanctify one position or another.

Biden has shown himself a man of deep faith, who credits his religion with allowing him to overcome incredible adversity.

He and Pope Francis both see their jobs in pastoral terms, determined to help the helpless, you know, like Christ urged everyone to do in the Sermon on the Mount.

We all know what will happen if Roe V Wade is overturned. The indigent women, mostly minorities, will resort to coat hangers, purging drugs, or self-injury in an attempt to prevent having the child of a rapist, say or a depraved father or other family member or some other criminal malefactor.

Meanwhile, the rich will simply jet off somewhere else to a state where abortion is still legal.

The bishops will not care a tinker’s dam about such backstreet abortions or inevitable deaths that will occur. They will be wiggling their virginal willies in delight that might is right and they have done their duty for the real pope, Donald the 1st.

Instead, they will follow the vitriol and poison and stir the pot even more.

Something wicked this way comes said the Macbeth witches. They are surely right in this context too. They have severed the American church in twain and the church will pay dearly for it,