Opening the door my grandparents shut when they left Ireland 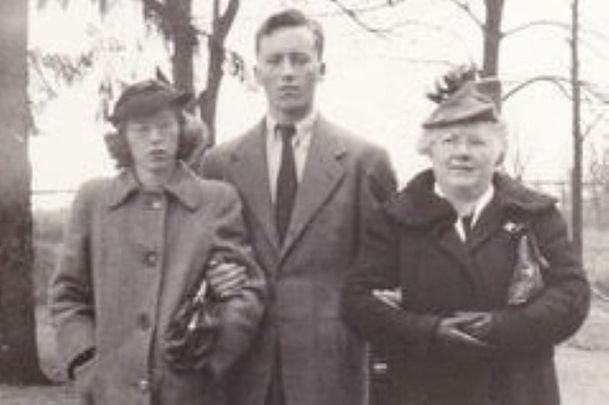 Mary's dad with his mum and sister in the early 1940s in Poughkeepsie, New York. Mary (McAleer) Novaria

We memorialized my father 20 years ago this St. Patrick’s Day.

“Oh, your father would have loved this,” more than a few people said. But I knew my father, who’d died four days prior from heart disease, likely would have been unmoved by sharing the occasion with Ireland’s patron saint.

The youngest son of immigrants and 40 years sober, he’d have rolled his eyes at the holiday many Americans use as an excuse to drink beer and paint themselves green, just as he did regarding New Year’s Eve, which he often proclaimed “amateur night.”

In the early 1970s, my dad took a brief interest in his McAleer roots, even procuring the family coat of arms to display in our suburban Chicago entry hall. A onetime Latin scholar, he frequently reminded my brothers and me of the family motto: Spectemur Agendo: Let us be judged by our deeds. That was the sum of his investment in our Irish heritage.

My mother, on the other hand, who chose March 17 for the service, spent part of that morning with a needle and thread mending the tricolor Irish flag we would hang by the front door for a reception following the service. She was Éirinn go Brách to the nth degree: Aran Island fisherman sweaters, shamrocks, breakfast tea, and Irish soda bread all the way.

As third-generation Irish Americans with origins in County Kerry, my mother and her siblings were sufficiently removed from the stark realities of poverty, hunger, death, and British landlords. They held a romanticized fascination with the isle that my father never had.

My mom visited Ireland twice on her own. While she had proud possession of a handwritten family tree going back several generations, I’m certain my dad didn’t know half of what I’ve uncovered through genealogical research and conversations with newly discovered Irish cousins. If he did, he never said.

By the time my interest piqued, it was too late to ask. My dad’s first-generation avoidance of his family origins only fueled my second-generation craving, not only for knowledge but for connection.

My grandfather, Charles McAleer, was 18 years old when he eloped in 1905 with a neighbor 12 years his senior.

In an early morning phone call, my cousin in Tyrone explained how my grandfather had climbed out a window at the family homestead. His mother – my great grandmother – told him not to bother coming back as long as he was with “her.”

Nevertheless, Charles sailed with his sweetheart from Derry and was married in Brooklyn. Five years later, he was a widower with two small children. My grandfather returned home to Ireland only once, briefly, to leave his 4-year-old daughter to be raised on the farm by his mother and sisters.

A few months after he was back in New York, he married my grandmother, who’d had a few family tragedies of her own.

I had a hard time tracking my paternal gran, the woman for whom I am named. Since the Sheridan family roots were in County Longford, I was shocked to learn Mary was actually born in Kent, where my great grandfather worked as a constable for the London Metropolitan Police.

I was intrigued by the notion of an Irish Catholic going to work for “the man” in London, especially since one of Mary’s brothers was later said to have fought in the Easter Rising. A contact with the Metropolitan Police told me it was common in the 1800s to recruit in Ireland, and that the Irish who became Bobbies likely did so for economic security.

Before Mary Sheridan turned 9 years old, she’d lost two younger brothers, a sister, and her mother, who died delivering a sixth child. Soon after, my great grandfather, Felix, retired from the Metropolitan Police because he was going blind. He returned home to Edgeworthstown, remarried, and fathered five more children.

When she was 21, my grandmother sailed alone to New York, where she worked as a servant until marrying my grandfather. I’d love to know how they met. Mary never returned to Ireland but didn’t leave tragedy behind, losing two sons before my father was born.

Even one and two generations removed, the deaths of ancestral mothers and children hit me hard. Each record I find reveals heartbreak and sparks questions. Was my grandmother so accustomed to loss that she took it all in stride? Or did she put on a brave face for the sake of her four living children and weep in private, clutching an Irish linen handkerchief and a rosary?

Did my father know any of this about his family history? And if he did, why did he never speak of it?

The truth is, my father said very little about his upbringing in what is now New York’s Spanish Harlem. I know because he once mentioned it, that his mother always made rice pudding on wash day. Everything else I know is archival: a ship’s manifest, a marriage certificate, census documents, birth and death records.

My father was a politically astute, well-read pacifist. While I was quite aware of the Vietnam War and Watergate in my childhood, it would be years before I learned about The Troubles, which made my dad’s disengagement from Ireland, the north, in particular, even more of a puzzle.

For my twentieth birthday, my parents gave me a strand of pearls that my grandmother and namesake, Mary, had carried to the U.S. from Ireland. I wish I had a story for every gem. What I do have is a deep sense that my immigrant grandparents shut the door on Ireland when they came to America.

I suspect a lack of resources would have kept them stateside even if they wanted to sail back for a funeral or a wedding. I imagine them receiving news of such milestones weeks or even months after the fact.

Despite an unfortunate dearth of family records and correspondence, I found a letter my father wrote to his mother and sister during his only trip to Ireland in the mid-1950s. He visited family in Longford and even kissed the Blarney Stone, but he never traveled north to his father’s birthplace in Tyrone, where family he may never have known about live to this day.

My father’s first cousins and their wives warmly greeted my husband and me in the very home where my grandfather Charles McAleer was born and raised in the small village of Trillick, the same place where he escaped out the window for love.

After lively conversation and a bounty of tea and sandwiches, I stood on the land where generations of my family had farmed and still do. I looked down the dirt road where my grandfather walked to a school that is now nothing but rubble. I saw a bit of my father in the faces of his cousins. My cousins. I felt my roots and recalled something my mother told me after her first visit to Ireland.

“I walked into a pub,” she said. “The proprietor took one look at me and said, ‘Welcome home.’” 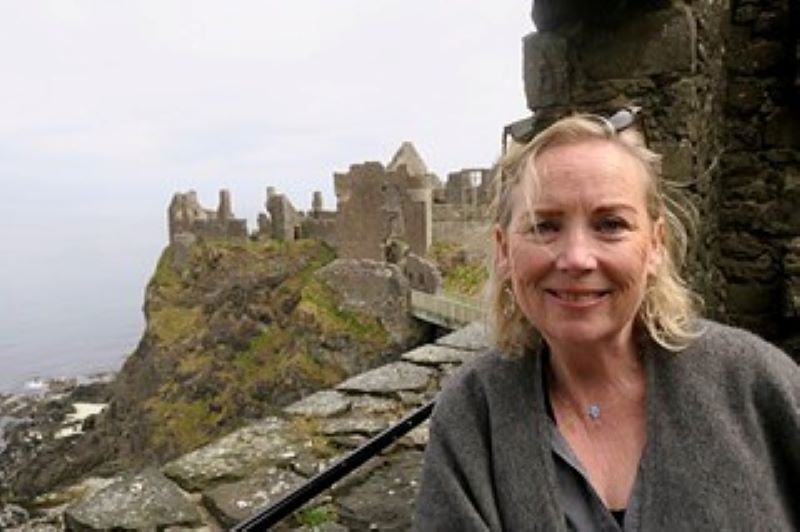 *This personal essay was submitted to IrishCentral by Mary (McAleer) Novaria, an Irish American writer whose essays about family, friendship, and everyday life have appeared in the Washington Post, O The Oprah Magazine, Spirituality & Health, and many others. She and her husband are empty-nesters living in a Colorado mountain town with their rescue dog, Rooney. Find Mary’s work on her website or follow her on Twitter @MaryNovaria.