"Your past interactions with the U.S. Citizenship and Immigration Service certainly won’t be held against you in the future." 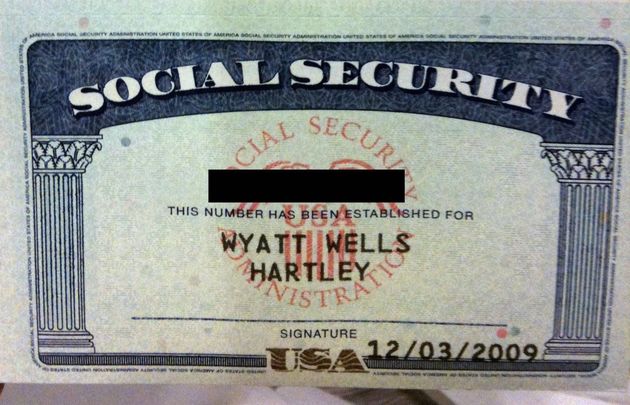 The Irish Voice's Green Card column provides advice on whether your old US social security card and the number are still usable years later.

“I came to the U.S. seven years ago. I married an American citizen but it was a huge mistake. To make a very long story short I didn’t even get a green card, though I had started the process for doing so. I did get a Social Security number and a document allowing me to work.  I returned home to Ireland for two years, but now I’m back in the U.S.  I am divorced and looking to rebuild my life.

"Is the Social Security number that I obtained still valid? There is no expiration date on it. It would greatly help me if I could use it as I could probably obtain a license.  And I ever have a chance to become legal again, would my past case be held against me? I never contacted immigration about it, and never followed through with my paperwork.”

The Social Security Administration issues three different kinds of Social Security numbers – ones for American citizens and legal permanent residents (green card holders) that have no restrictions at all; ones for those with temporary legal status (such as what you had while waiting for legalization via your former husband); and lastly, those that are not valid for employment in the U.S.

Though a Social Security number itself never expires, and the one you have will always be yours, even if you become legal in the future, you are technically not supposed to use it for employment or other purposes.

The Social Security card you received at the time would have been stamped with the words “valid for work only with DHS authorization,” meaning its use would be legal as long as your immigration status was still pending.   Those who complete the legalization process can then re-apply for a new, unrestricted Social Security card.

You say that you would like to apply for a driver’s license, but the restricted card you have won’t allow you to do that.  Department of Motor Vehicle offices throughout the 50 states require the physical Social Security card, not just the number, so that’s a hurdle you wouldn’t be able to overcome.

Your past interactions with the U.S. Citizenship and Immigration Service certainly won’t be held against you in the future.   There are many instances where people, for one reason or another, have to terminate an application, but there’s nothing barring them from re-applying for a benefit again should they become eligible.

Speaking of driver’s licenses, in New York State, those with foreign licenses (except Canadian) looking to convert to local ones must essentially start the process from scratch, going through a road test and completing a five-hour driver’s ed course.