The $244 million C-17 Globemaster III also flew over the Cliffs of Moher in County Clare while en route to the Irish Air Corps base in Baldonnel, County Dublin. 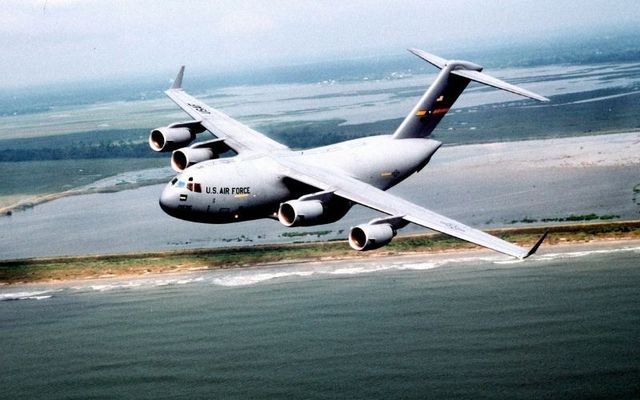 A US Air Force jet flew over a small Longford town on Monday so that its Irish-born pilot could catch a glimpse of his hometown.

The $244 million C-17 Globemaster III also flew over the Cliffs of Moher in County Clare while en route to the Irish Air Corps base in Baldonnel, County Dublin.

The C-17 aircraft departed from Washington State before stopping at the Air National Guard base in Bangor, Maine. It touched down at Casement Aerodrome in Baldonnel for technical reasons while en route to the United Kingdom as part of a crew training mission.

The Irish Aviation Authority (IAA) granted permission to the aircraft's Irish-born pilot to alter the flight route so that the C-17 flew over Longford on its way to Baldonnel.

"I am a native of Longford, Ireland and so we are just giving everybody out here a little hello from us," the unnamed pilot told Air Traffic Control in a recorded conversation published on a specialist aviation website.

In a statement to the Daily Star, the IAA defended the move, which allowed the pilot to fly over the Cliffs of Moher and Ballinasloe in County Galway before turning east toward Longford.

"The IAA were advised by the Irish Air Corps that the pilot may request a routing via the Cliffs of Moher and Longford before landing at Baldonnel," an IAA spokesperson told the Star.

The aircraft spent several hours on the ground at Casement Aerodrome after touching down at 8:50 a.m. before departing for its final destination at Prestwick Airport near Glasgow in the United Kingdom.