US troops breach Ireland's COVID restrictions after landing at Shannon

US troops arrived at Shannon Airport without providing evidence of a negative PCR test. 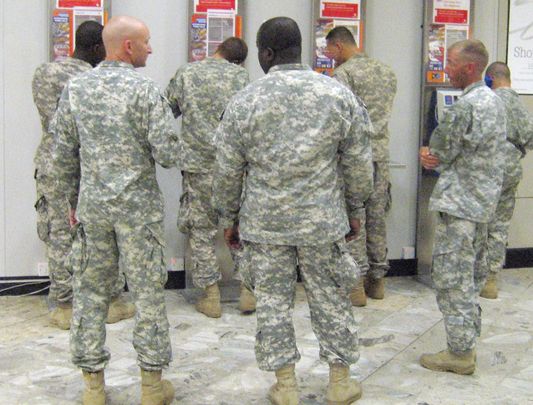 US troops in Shannon Airport, photographed in Aug 2010. RollingNews

American authorities have apologized to the Irish Government after US military personnel breached Ireland's COVID-19 regulations by landing at Shannon Airport without a negative PCR test.

The troops stayed overnight at a Limerick hotel on Jan. 25 after arriving at Shannon Airport from Bahrain and didn't provide evidence of the legally-required negative PCR test. They also failed to provide passenger locator forms, according to Minister for Foreign Affairs Simon Coveney.

The US Navy C40A aircraft landed at Shannon Airport at 7:06 p.m. with five crew and 48 military personnel onboard.

The Irish Examiner reports that military personnel stayed overnight at a Limerick hotel before departing from Shannon Airport at 11:35 a.m. the following morning.

Coveney told the Dáil that the incident happened because of "an error on the US side" and said that the troops were informed by An Garda Síochána that they had breached Ireland's COVID-19 restrictions.

He also confirmed that the troops left their hotel to purchase food and said that the Irish Government raised the issue with the US Embassy in Dublin, while the Irish Embassy in Washington also alerted US authorities.

"The US authorities have undertaken a review of the circumstances which led to this breach," Coveney told Social Democrats TD, Cian O'Callaghan, in a parliamentary question response.

Coveney said that US authorities confirmed that the troops were operating in a "clean bubble" before departing Bahrain and that they were tested regularly while in Bahrain.

US authorities also confirmed that the troops self-isolated in their hotel once gardaí informed them that they had breached coronavirus restrictions, although the troops did leave once to purchase food while wearing masks.

Coveney said that the issue was serious and that he had informed the US Embassy's chargé d'Affaires, who apologized for the incident.

"Any non-compliance is a serious matter and I made this clear in a discussion with the chargé d'Affaires of the US embassy in Dublin on February 4," Coveney said.

Coveney said that US authorities assured him that all future landings will comply with Ireland's restrictions.